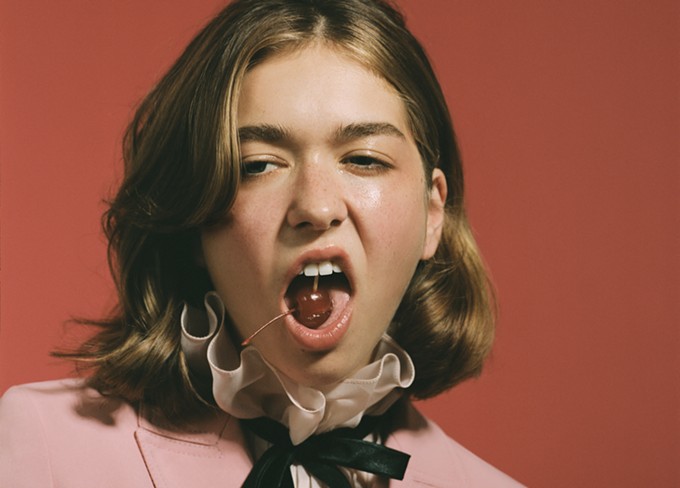 (Submitted photo)
Indie rock singer-songwriter Lindsey Jordan as Snail Mail is bringing her own stamp of music to Tucson.

Indie rock singer-songwriter and guitarist Lindsey Jordan who performs as Snail Mail said she is always trying to grow as a musician through her live shows.

“I just want to up the lyrical content and the arrangements. The more experience I have with writing songs and with my music tastes always changing, I just want to surprise myself and step outside of the element to change it up somewhere from where I am right now.”

Jordan said it’s evitable she would grow. After all, she’s been touring for seven years.

“We are always constantly rearranging songs and everything is forever changing when we are touring,” she said. “We practice a lot and mess with things a lot. We’re just interested in putting down the best versions of our songs. It’s been a little gnarly, but the shows have been really good.”

With musical influences like Paramore, Avril Lavigne and Fiona Apple, Jordan as Snail Mail released her second studio album, “Valentine” to critical acclaim and positive reviews from fans. The album is introspective with great songwriting and stellar instrumentation.

For her upcoming show in Tucson, she will be playing many of her songs from her latest album, “Valentine.”

“I like playing ‘Automate;’ it took forever to write the lyrics because there’s so much open space in it, the way I wrote it,” she said.

“It took so long to write it to take it where I wanted it. I’m very happy with the way it turned out and I definitely feel like the point gets across. I like singing it and playing it live. The guitar part is very challenging. I like playing songs where I actually have to think about it. Same with “Headlock” and “Glory,” it’s really fun.

“We mess with the arrangements a lot. We’re just trying to make it sound as good as possible. The meaning of the songs remains the same: all the songs on that record are about a very specific relationship and all of it is storytelling in a specific way. My emotions have changed, but my place in the songs have stayed glued down.”

During the start of the coronavirus pandemic, Jordan returned to her parents’ house where she worked on “Valentine.”

“The pandemic kind of made it easier for me,” she said. “I went back to see my parents and I just stayed with my parents for a crazy amount of time just so that I wasn’t in my apartment.

“Honestly, just having that open space and having actual time where nothing is booked was really helpful for me for the songwriting stuff as you’re supposed to be always writing. I was so burnt out that I wasn’t able to do that, and I was just trying to do one thing at a time. Having an actual pause where you can’t play shows, it kind of was what I needed. Just quiet solitude.”

She resides in New York City, but she is looking to find a new place where she can find a better work-life balance.

“I’m trying really hard to get out of the city and be in a situation where I can build a studio, and that definitely has to happen for me,” she said.

“I’m trying to sort that out to have a quiet place to work. I’m just trying to learn to discipline myself, as a job, because I can only write when I feel super inspired and super alone and when I’m able to take my own time.

“My biggest goal is to develop a system for working on music that is less erratic. I put a lot of pressure on myself and all of that doesn’t work in my job, so my goal is just to figure out how to work.”

Jordan has been performing as Snail Mail for nearly a decade, and she is incredibly grateful for her fans and the wonderful musical journey she has been fortunate enough to experience.

“To my fans, I just would like to say, thanks for supporting me, and pulling up, and just being excited about the music. I like that we’ve cultivated a fanbase that really cares about the music. I’m grateful for it, for people really listening to the records, and thank you for being thoughtful about my music,” Jordan said.