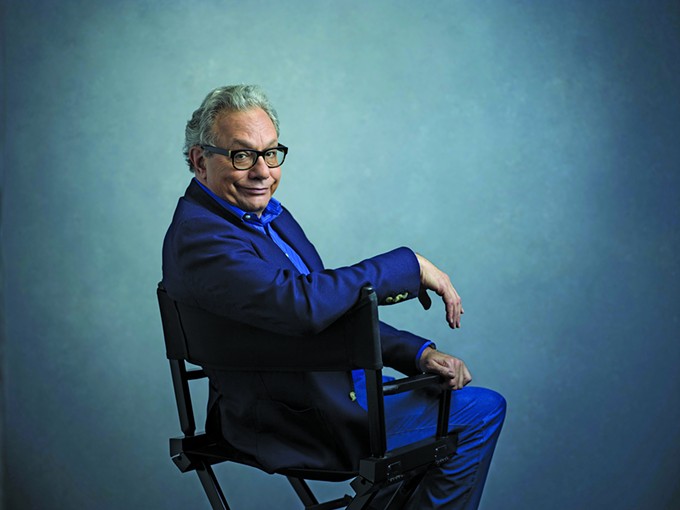 (Lewis Black/Submitted)
Lewis Black will rant up a storm at the Fox Tucson Theatre on Friday, Sept. 30.

“It’s pretty much the happy-go-lucky comedy fun stuff, complete with a lot of knock-knock jokes, a couple of songs,” he said sarcastically.

“I’ll be interesting. Who knows by then? The way things are rolling.”

Of course, he’s kidding. He’s angry about everything from gun violence to the resurfacing of polio in New York. At the show, he’ll share a story he read four years ago about a gun that went off at a church that was hosting a gun safety talk.

“If I’d written it as a fictional article, it would have been really brilliant,” he said. “It’s better that it’s not fiction. It puts things in perspective, I think, about gun safety.

“I think no matter what you think about guns, I think that article will make you laugh. If it doesn’t, then you don’t have a sense of humor.”

He’s pretty annoyed with the resurgence of polio in New York.

“Here in New York, polio is making a comeback,” he said. “Yessiree that’s what I want to see.”

Known as the “king of rant,” Lewis said touring again has been a blessing. The pandemic was hard on Black, as he stopped doing comedy.

“I was just really trying to maintain my sanity and make sure that my anger didn’t boil over,” he said. “I tried to maintain my faith in my fellow man, too.

He also rants about anti-vaxxers. For a nation who’s “scarfing down” supplements, he doesn’t understand why folks are afraid to have the vaccination.

“‘Vaccine? I’m not going to take this one!’” he said, mimicking anti-vaxxers. “Apparently, 34% of the American people don’t trust their government. I get that, but this is for everyone’s health, schmuck. It’s separate from government. Government, politics and freedom are three different things. That’s why they’re spelled differently.”

The podcast, “Lewis Black’s Rantcast,” kept him busy during the pandemic. To create it, he shares fans’ rants. He’s doing so now after his performances.

“It’s really important for those coming to those shows that I do an hour show and then immediately come back on stage and do a livestream throughout the world,” he said.

“I read the rants by people who have showed up from Tucson, Phoenix or Scottsdale, Arizona. Stuff comes in from Canada. I read stuff from Switzerland, Germany and England. I take some of the rants and put them together in the Rantcast. People can listen anytime.”