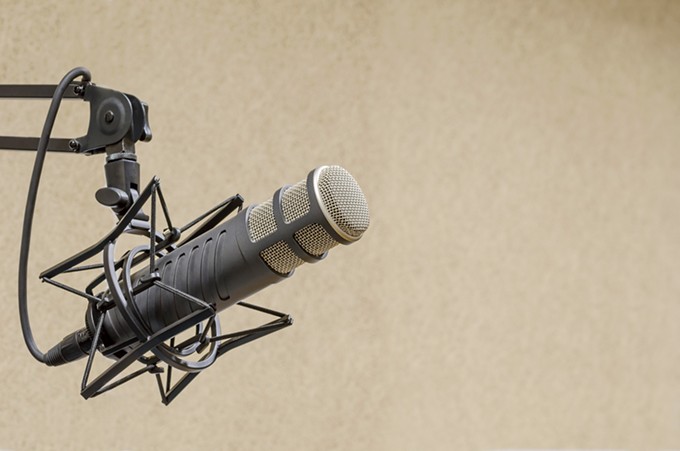 Back in the early days of “Saturday Night Live,” comic/writer Buck Henry (he co-wrote “The Graduate” and, along with Mel Brooks, created “Get Smart”) did a one-man skit where he played a morning drive-time radio host of a political talk radio program.

He started off his show by saying something like, “Today, we’re going to talk about the municipal bonds that are being floated in hopes of funding infrastructure projects. Just give me a call at 555-TALK and let me know what you think about them.”

After several seconds of awkward silence, he says, “C’mon Folks, what do you think of the bonds and/or the proposed projects? Do we need these new roads? How are we going to pay for them down the road (so to speak)? Just give us a call.”

Nobody calls and the silence is deafening. This goes on for a couple more rounds until he finally says, “OK, let’s just make this an open phone lines day. What’s on your mind? Give us a call and we’ll talk about it on the air.”

Still nothing, so, approaching panic stage, he starts spiraling. Still no calls. Finally, at the end of the skit, he is screaming, “That’s right! I believe that all Catholic nuns are really Communist prostitutes who secretly work for space aliens who are living among us! What is your take on that?”

The skit ends in excruciating silence.

I’ve been thinking about that lately as I listen to KNST Radio’s lineup of right-wing talkers. After what had to have been a brutal midterm election last November, they’re flailing. They’re going to have to fill an entire year with word product until the election year of 2024.

Oh, they were all full of themselves leading up to the election. “We (30 percent) are going to take our country back!” But then the predicted Red Wave turned into a trickle, and in some places became the Chicago River, flowing backward.

They were able to fill the remainder of November and most of December with Tired Trump Talk of stolen elections and fraud and deceit. But these days, they probably wince at having to bring up the name of Kari Lake, who had the Arizona governorship handed to her on a silver platter, but then alienated the less-crazy voters she needed to get her across the finish line because they refused to live down to her brand of hate-filled nonsense.

A couple weeks back, it was actually interesting to witness the schism in the right-wing talkers’ world. The national afternoon talkers — Sean Hannity and Mark Levin — were all in on Kevin McCarthy becoming speaker of the house.

Their support was of the hold your nose and vote variety, but they wanted to get McCarthy in the speakership so they could start going after Hunter Biden’s laptop.

The local guy, however, was dead set against McCarthy. He railed against him incessantly…until McCarthy was finally elected and then the talker moved on.

Another thing came to mind the other day when I heard the new head of the Pima County Republican Party on the radio. Back in the torrid political days of the late 1960s and early 1970s, there was the Los Angeles Free Press. Its overall edginess and leftward editorial slant were enormously popular. (The paper’s political cartoonist was Ron Cobb, who would later create the creature in the movie “Alien.”)

It burned brightly for a moment but then became the ultimate example of the saying “when zealots form a firing squad, they assemble in a circle.” There were repeated purges in the editorial room along political, and then radical, lines. In the end, about all that was left were Black Communist lesbians, meaning that the paper’s audience was…Angela Davis.

In these parts, after Lake blew an easily winnable race for governor, Blake Masters Trumped himself into an ass-whuppin’ at the hands of Mark Kelly for U.S. senator, bizarro Mark Finchem got crushed in the secretary of state race, and anchor baby Abe Hamadeh lost the attorney general race, you would think that clear heads would realize that if the party had just eased off a bit on the hateful hot sauce that they poured on by the barrel, they could have served a dish that was palatable to a wider range of voters.

But no. After watching their party go down to one humiliating defeat after another, the members of the Pima County GOP decided that the reason they lost so badly was that they weren’t right-wing crazy enough! They’re going to purge all the RINOs in a political version of ethnic cleansing. And they’re going to do it in a Democratic stronghold in a state that, despite all the national attention given to the local right-wing crazies, is actually trending leftward.

Yeah, good luck with that.