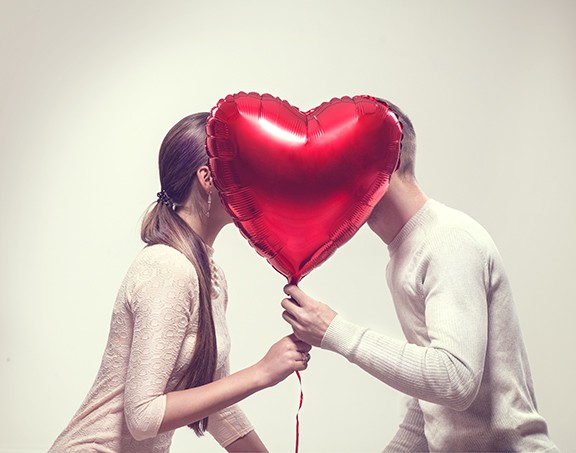 The power of a kiss could be stronger than we ever realized.

Valentine's Day might seem a bad time to ponder the perplexing dichotomy of our rapidly connecting yet rapidly isolating world, but here we go. Despite the fact social media, rat races and technology are seemingly tearing us apart, one University of Arizona professor is moving through the emotions and taking a look at what's really going on—and offering some hope.

Twenty-five years ago, when Kory Floyd graduated from UA with a Ph.D. in communications, he wanted to study the aspects of human behavior he found most perplexing, such as: people respond well to being less lonely, but some people reject the closeness of others. Why?

Now, he's a professor at his alma mater, delivers talks across the country, and is no less interested in the hearts and minds of those around him.

"When we're stressed and get a hug, we don't just feel better emotionally, but physically," Floyd says. "Why is that? What's going on in our body?"

In his empirical research into the effects of affection, Floyd studied stress levels and chemicals in the brain. The studies examined the effects of kissing, hugging and handholding, and found that physical attention lowers the stress hormone cortisol and raises oxytocin, the hormone associated with social-bonding, trust and generosity.

Floyd mostly wrote about these studies in academic journals and textbooks, but two years ago, he wrote his first book for a general audience titled Loneliness Cure: Six Strategies for Finding Real Connections in Your Life. Almost immediately, he began receiving emails from readers.

"They would say things like, 'I felt like you wrote this book just for me!'" he says. "It was a real honor but also a little disheartening to see how many people resonated with the message of the book. However, it wasn't all bad, because it made so many people optimistic. They realized that even though they're lonely now, they don't have to be lonely forever."

Some may feel this disagrees with the theory of the population being divided into introverts and extroverts, but this continuum is something Floyd actually agrees with.

"I haven't found it to be the case that extroverts need more attention, they just show it more." Floyd says. "Introverts meet their needs with a small, close group whereas extroverts enjoy larger groups. It's a quantity over quality situation: Introverts aren't doomed to a life of loneliness."

"There's such a level of political polarization," he says. "You'll see people post things like 'If you don't agree, unfriend me now.' This can create fewer, stronger relationships, but it also cuts off so much."

However, he doesn't view social media as a purely negative aspect of our culture. Used properly, it can renew past relations, and you can meet people you'd never otherwise meet. And for situations where people are physically isolated, say living in a remote area, Floyd says social media can be a lifeline.

He says people ask: "How can I get my family or friends to show more affection? I've tried everything." Maybe they even want to put their foot down and tell their romantic partner to say "I love you" more. However, this will have the opposite effect. People show love in different ways. For instance, it is common for women to show their affection verbally, whereas men show their affection through acts.

Floyd says for Valentine's Day, remember that we're probably getting more affection than we recognize. People have a wide variety of behaviors to show people they love them. Recognize how people love, and realize you are loved.