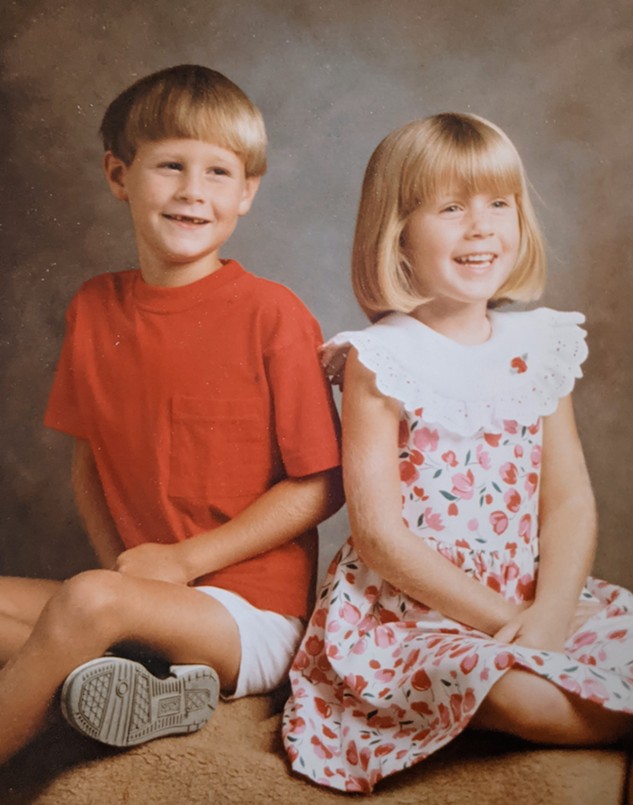 Courtesy Debra Guilmette
Kristen Finlayson as a child, with her brother Aaron Salgado. Both discovered as adults that their mother's fertility doctor was also their father.

Curious about her familial roots, she spit into a test tube and patiently awaited the results. But what she found out would irrevocably change her sense of self and foster a heinous knowledge of betrayal throughout her family.

The online results of her familial relations echoed the same surname over and over: Blute.

Finlayson received a message on the Ancestry site from a reported half brother. He told her to look at her birth certificate.

She found the worn piece of paper documenting her birth and fell devastated when she saw the name of her delivery doctor: Dr. James Blute III.

Having gone 34 years of her life believing her Hispanic dad, Phil Salgado (who passed away when she was 27), was her biological father, Finlayson’s mother admitted she was conceived through fertility treatments.

“I started shaking...I didn't know what to do. I just felt like my whole identity was just taken." -Kristen Finlayson

After taking both Ancestry and 23andMe DNA tests, she found 10 half-siblings who share DNA with her and with Blute.

“I started shaking...I didn't know what to do. I just felt like my whole identity was just taken,” Finlayson said.

Finlayson’s brother Aaron Salgado took a DNA test to find the same results. His father was also Blute, the doctor who gave his mother fertility treatments in the ’80s.

“I was just sick, I really was. I just could not believe it,” said Finlayson’s mother, Debra Guilmette. “Especially now that I've been an RN for 40 years, I know the medical profession, and the first thing is 'Do no harm.' I just was blown away, completely.”

Blute has two civil court cases pending against him in Pima County for artificially inseminating women with his own sperm under the guise of a separate sperm donor. He denies the charges against him.

But Blute can only be civilly charged with the alleged misconduct, as fertility fraud isn’t a criminal offense in Arizona as it is in California, Indiana and Texas.