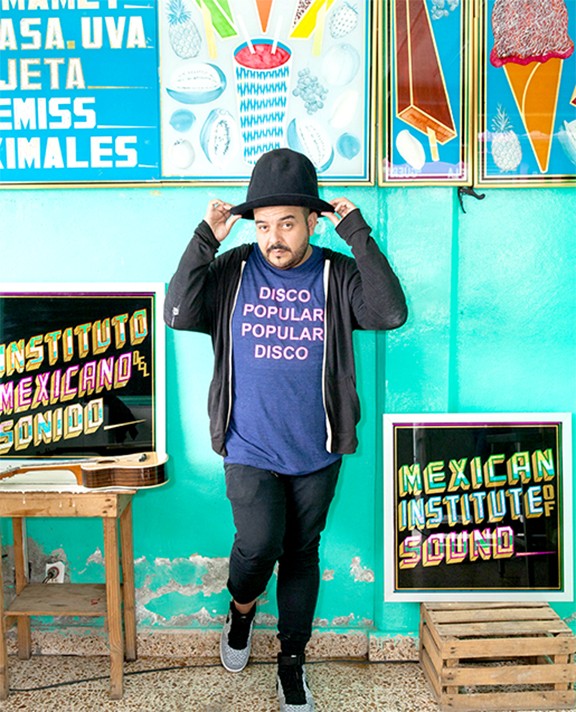 The outdoor stage at Hotel Congress will be home to cumbia, guaracha, ranchera and associated Latin American sounds at the first-ever Raza Fest, a cultural music festival influenced by "Día de la Raza," a take on Columbus Day in several Spanish-speaking countries.

Raza Fest is Hotel Congress's latest event to tie together culture and music. And as the name suggests, all performers hail from Spanish-speaking countries (as well as a few Tucson locals). But one of the biggest twists with Raza Fest is that certain Tucson artists will be supporting some of the touring acts onstage.

"We're so excited because everyone performing is friends," says Sergio Mendoza, Raza Fest co-founder and Orkesta Mendoza performer. "It's all people we've worked with before, and singers and artists we admire."

The evening's lineup includes the Mexican Institute of Sound, touring from Mexico City. MIS fuses traditional Latin sounds with modern electronic production, creating something both energetic and nostalgic. For more than a decade, they've concocted sounds for a modern Latin America.

From Madrid, Spain, Vetusta Morla brings their immaculately produced indie rock. The six-piece band is dramatic and dynamic, with the occasional electronic flourish, but none of this ever stops them from delivering a seriously catchy hook.

"They're one of the biggest rock bands in Spain, if not the biggest," Mendoza says. "They can fill a festival all by themselves."

Monterrey, Mexico balladeer Chetes will take the stage with support from Tucson's own Calexico (Joey Burns and John Convertino). Chetes is a member of the acclaimed Mexican bands Mexrrissey, Vaquero and Zurdok. While his romantic songs could fit into the singer/songwriter camp, his time in several bands mixes his work with alternative rock and even moments of grunge.

"More than anything, we want to bring artists that maybe people in Tucson don't know about, but that we admire a lot," Mendoza says.

Quite a few local bands will take the spotlight as well, including Orkesta Mendoza, who describe themselves as "indie mambo." Orchestra is a good word to describe their sound and presence, because with a trombone, trumpet, guitars and an accordion, they blend more Latin genres than is necessary to list.

Tucson's presence at Raza also comes in the form of a set by Joey Burns of Calexico, DJ Butta Fly, and the dreamy indie band Mesquite.

Mesa, Arizona will also join in when Quetzal Guerrero performs. Arizona native Quetzal is described as Brazil meeting Jimi Hendrix, all on the sharp, surreal neck of an electric violin.

Aside from the music, No Mas Muertes (No More Deaths), the undocumented immigrant adovcacy group, will be in attendance. This focus on Latino musicians and causes is one of the main differences between Raza Fest and Hotel Congress's other music events.

"It's a very different festival from HOCO, but it contains many of the legacy members around Tucson. Besides that, it's an independent event," says David Slutes, entertainment director at Hotel Congress. "I want to see how it goes this first year. I couldn't say if we want to expand to a second day for next year or anything. But it has such a strong foundation, the sky's the limit."