Congressional Democrats are running out of time to ensure marijuana protections 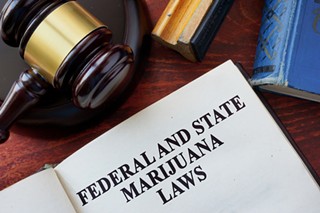 Since concern began to surface last December over whether the next federal budget bill would include protections for medical marijuana, congressional Democrats have been working overtime to maintain the industry's assurances.

The Rohrabacher-Blumenauer Amendment, sponsored by representatives from California and Oregon, has been included in the federal budget bill since 2014, but in the waning hours of debate over the House spending bill, a similar amendment was ultimately pulled from the legislation.

Rep. Jared Polis (R-Colorado) introduced a measure that would have prohibited the Department of Justice from spending funds to prosecute any state-legal marijuana operations. However, heated debate in the House Rules Committee led to Polis deciding to drop the issue.

Polis pointed to Attorney General Jeff Session's New Year's resolution/DOJ memo to crack down on marijuana businesses as an indication for increased urgency to protect the industry.

"I wasn't initially planning on offering this amendment," Polis said during the committee hearing. "But what happened is—just recently, Mr. Sessions, the attorney general, has made this language a lot more necessary to include in any funding bill because he has effectively ended the guidance from the Department of Justice..."

The committee chairman, Rep. Pete Sessions (R-Texas) (no relation to the attorney general) fired back with concerns over marijuana's addictive properties.

"Marijuana is an addictive product, and the merchants of addiction make it that way," he said. "They make it for addiction. They make it to where our people, our young people, become addicted to marijuana and keep going."

Rep. Sessions' comments are little more than a red herring at this point, meant more to tie up the legislative process than produce laws in line with public opinion.

Friday morning, attention turned to the Senate as Democrats held off voting on yet another budget extension, which would have maintained the protections through Feb. 16. Senate Democrats finally allowed an extension through Feb. 8 on Monday morning. In the meantime, marijuana proponents in Congress still have time to push through amendments that could maintain medical marijuana protections.

While the right's stonewalling may extend to potential marijuana protections, medical marijuana could land in the category of concessions congressional Republicans are willing to make in the interest of compromising on a final budget.

Another of Lee's bills aims to extend protections to states' medical marijuana programs. Reps. Earl Blumenauer (D-Oregon) and Dana Rohrabacher (R-California) are cosponsoring the bills in addition to a flurry of at least five other bills intended to strengthen the country's marijuana industry.

The repeatedly extended Rohrabacher-Blumenauer Amendment is the only thing standing in Jeff Sessions' way of his memo becoming the second-most dominant federal policy on marijuana, just behind the DEA's classification of marijuana as a Schedule I drug.

Which, if any, of these amendments make it into the final budget will help shape a significant portion of marijuana policy in the coming years. Sessions' memo in conjunction with the disappearing Rohrabacher-Blumenauer Amendment has ignited a new urgency for reformative marijuana policy, but given the stubbornness and thick skulls resting on the shoulders of Republican leadership these days, Sessions' memo is likely headed for supremacy.