Borderlands Brewing Co. WILL release its limited edition Las Hermanas, or “the sisters,” beer on Friday, Sept. 16, at a public release party.

Las Hermanas is a collaboration between Hispanic female brewers hailing from both sides of the U.S./Mexico border.

About 30 female brewers arrived at Voltron Brewing Co. on Aug. 26 to participate in the second binational project. The brewers collectively designed the recipe for the West Coast IPA, which was brewed at Cerveceria Morenos in Mexico City on Sept. 8.

The collaboration was made possible through partnerships with Borderlands Brewing Co., Visit Tucson, the Consulate of Mexico in Tucson, Country Malt Group, Yakima Chief Hops and other craft beer supporters and suppliers of donated ingredients and upfront costs.

“All of the extensive efforts of so many people, in so many geographical locations and industries coming together to complete the goal of a binational craft beer collaboration has been so special to be a part of,” said Savanna Saldate, lead brewer at Borderlands.

Proceeds from the sale of Las Hermanas will go toward future binational brewing projects and collaborations.

Ayla Kapahi, who has been the head brewer and director of operations at Borderlands for four years, said in a male-dominated industry, projects like Las Hermanas offer opportunities for women to learn from each other.

“We’ve met so many women and brewers who are classically trained and have high education in fermentation sciences and brewing,” Kapahi said. “There is still so much that the U.S. craft beer industry has to learn from the Mexican craft beer industry.”

Kapahi and Saldate have been traveling throughout Mexico over the past three years to work on craft beer collaborations with other brewers. Kapahi said that collaborations such as these allow everyone involved to share more than ideas, but best practices, knowledge and passions.

“That’s the true meaning of diversity,” she said

Saldate, who started at Borderlands around the same time as Kapahi, said she has been empowered by other women in taprooms, craft beer bars, breweries and festivals.

“Las Hermanas means many things to me,” Saldate said. “From friendships among peers that share a passion for cultivating great beer, all the way to making cultural statements and an impact on everyone who comes across this project in the United States, Mexico and beyond.”

Kapahi moved to Tucson to pursue a graduate degree in family studies in human development from the UA in 2013 and, two years later, she wanted to switch careers to do something with her hands.

She was brewing craft beer at home as a hobby before ultimately pursuing a job at the now-closed local brewery, Public Brewhouse, to start her commercial brewing journey. Almost four years later, she was hired on as a contract brewer for Borderlands in 2018, before being offered the full-time head brewer position.

“Especially seven years ago, it took me many years to find another woman, much less anyone who looked like me who was brewing in the industry,” Kapahi said. “Even though in the last five years, women and Latinas have increasingly become part of the craft beer industry.”

There are few women and fewer minority women who hold upper-level production positions, Kapahi said. She was and still is the first female head brewer in Tucson.

“Tucson is a special place for female brewers,” Saldate said. “Whether it’s borrowing a bag of grain or having full-on collaborative efforts to achieve a goal, the women that I have met have the same goal, to make the best beer possible and work with each other to create the environment that we want for each other, our patrons and the entire city of Tucson.”

“We brewed the same beer on both sides of the border, just one week apart,” Kapahi said.

The beer launched multinationally in January 2020, before the pandemic shutdown. The project remained on pause until this year and utilized the proceeds from the sale of the first beer to provide accommodations and affordable travel for women coming from Mexico.

“We’ve always wanted this beer to be sponsored, because we want to use those funds to make it easy for women to travel on both sides of the border so that money is not a barrier to participating,” Kapahi said.

This year, some of the participants of Las Hermanas are members of the Pink Boots of Southern Arizona, the Tucson chapter of the internationally recognized nonprofit the Pink Boots Society. Kapahi and another local female brewer established the chapter in 2021, which supports women in fermentation sciences in alcohol that has over 30 members.

Being a woman in this field and in her position, Kapahi said this experience has forced her to examine the complexities of what it means to be a woman not only in the craft beer industry but any other male-dominated industry. Progress, she said, isn’t defined by a black-or-white answer, but how women deal with challenges and roadblocks that aren’t necessarily faced in the states.

“We have started to have more conversations about where the women’s movement (is) going in craft beer,” Kapahi said.

With wins come setbacks, such as access to quality ingredients, buying power and discriminatory vendors, which affect production.

“The mistreatment, misjudgment and overarching theme that women’s collaborations need to be explained and justified is a problem in itself,” Saldate said.

“I always say until the surprised looks stop, whatever is causing the surprise reaction, there’s a lot of different factors at play,” Kapahi said. “There’s still a gap to bridge.”

“The need for this project is visibility and awareness,” Saldate added.

Kapahi said with this collaboration, she wants people to understand that there is still so much to learn from Mexico in general, but especially in craft beer and from women.

“My hope now is that this project continues to promote positive work environments and continues to shed light on women’s capabilities and roles in the craft beer industry,” Saldate said. 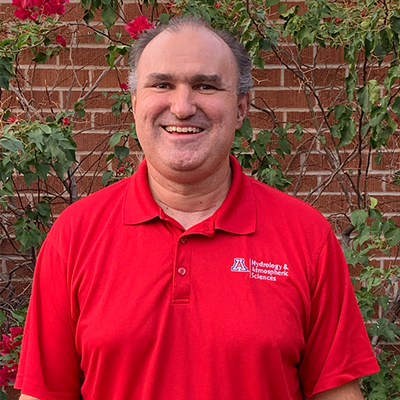