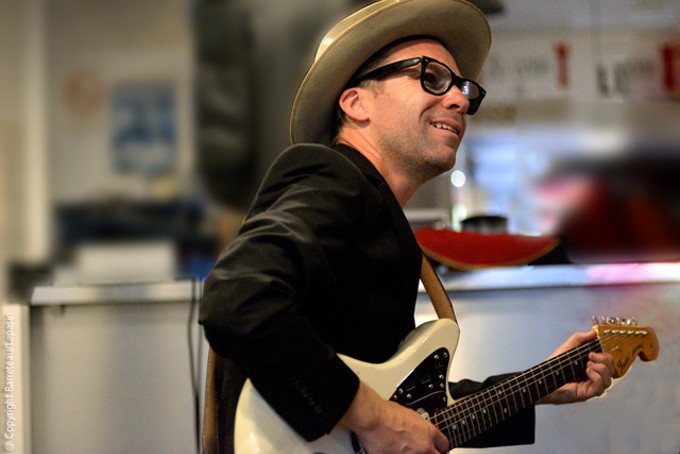 For as impressionistic and suave as Naim Amor's guitar playing is, the French transplant has become the unexpected troubadour of Tucson's nightlife. While Amor has plenty of experience with the desert folk/rock befitting the Sonoran Desert, such as on 2016's The Western Suite and Siesta Songs with Calexico's John Convertino, his cool, technical prowess especially shines on jazz releases, such as 2018's Moments Before. He's a player so in-tune with his instrument that indulgent soloing isn't necessary, not only because his melodies and blues licks are plenty gorgeous, but because of his respect for the instrument. No matter the genre, Amor plays with an almost frustrating proficiency.

One of the most interesting "electronic music" albums. Difficult to label under one category of music, crossing style barriers. Both very intuitive and experimental but also very rich in knowledge, music skills, music history. Beautiful tones, always surprising. 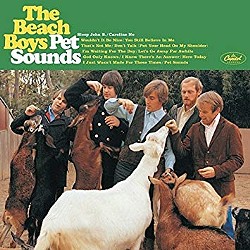 Kind of same as above (Flying Lotus), but in a different era and style. The common thing with Flying Lotus to me is that playfulness the Beach Boys or at least Brian Wilson allowed himself to let any judgment aside, for the true quest of finding what he really was looking after. That's imagination. Pet Sounds influenced me, of course, for the beautiful songs, but mostly their beauty is for me the result of that openness in music.

Very influential to me. The perfect encounter of uncompromised raw violence of energy and tone with the most "romantic" and vulnerable pop songs. That double album was, I believe, recorded in a few days and captures what we all pursue: amazing imaginative performance. Again, no concerns for outside judgments here, just free playful focus.

This track taken from the album Blue Christmas is one example, among many others, where jazz reaches its full and rich form. The improvisation here weaves between the musicians so much that it appears as if it was completely written and pre-arranged. Only that openness among themselves helped with tremendous musical skills makes such a thing possible. The production is not treating the subject as a simple recording of a live performance but instead, a studio work with all the artificial effects of the time—reverbs, hard stereo mixes.

This album sums up everything I love about rockabilly. Stripped down to minimum arrangements revealing a maximum of expression in the singing but also in the electric guitar. The guitar was played by either Paul Burlison but especially (few know it) Grady Martin, a session musician who played on hundreds of hits from Patsy Cine, Elvis Presley, Buddy Holly, Loretta Lynn, Willie Nelson, Roy Orbison and many more! His style brings some swing/jazz feel a la Charlie Christian but already tainted by a raw, somewhat aggressive, sometimes even dissonant (cf Lonesome Train) tone. Rock 'n' roll electric guitar precursor.