It's a new year and a new opportunity to update that Slayer meets Will Smith playlist you've been trying to force all your friends to listen to this past year...but it just isn't working because it's a goddamn playlist of Reign in Blood and Big Willie Style with Old Town Road peppered in for good measure (Billy Ray Cyrus version, of course). Dr. Mark Beef, guitarist for local garage-rock heroes Lenguas Largas and downtown Tucson music historian, is here to fill your ears with the best of the best of the best music you can possibly hear to get this year started off on the right note.

Nothing better than long lost recordings of great bands you never thought would see the light of day finally getting released...even if it is only on cassette tape. The F.A.N.S.S. were a band that existed in the early to mid 2000s, made up of a slew of people from other bands, although the main instigators would be one Neil Kight, now of Shit Knife, on guitar and Travis Spillers, after the Knockout Pills and before Freezing Hands, on vocals. Always reminded me of a more vicious OZtralia punk type unit a la the Saints/Leftovers/Victims. One of the better bands this town ever offered up who—as usual—only a few know about. Listen and still be left in the dust, clueless like a participant of the Great Cover Up.

The Odd Czar Against Us

Its cliché to not like "youthful" things as one gets older. Music is def one of those things, especially music that is supposed to be "revolutionary" or "underground." Changes to what you thought was intrinsic to its very nature is anathema, or sacrilege, or "selling out," rendering what was once "dope" into pop pap. But if the musicians just keep doing the same thing that also gets stale. How many carbon copies of the "classics" does one need? Rap is def one of those subgenres who's current output increasingly just doesn't work for me. These guys are one of the few exceptions. Lyricism, samples, beats, and even includes a Wu Tang member if you're a fuddy duddy like me. 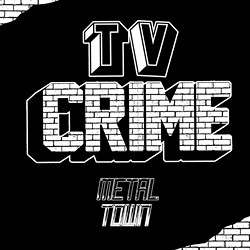 Another subgenre whose current output mostly ain't for me is punk. This is a modern punk (a little bit powerpop, a little bit rock 'n' roll) record that spits in the face of my old man "get off my lawn" attitude. When distilled down to its essence, punk is just rock 'n' roll which is simple, basic, head bopping fun that inhabits the spirit of youth, summer, joy (even if its schadenfreude), i.e., all the good stuff. This is one of the best exporters of all that in a musical form today. If you don't agree after hearing the first 20 seconds of this record we disagree on way more important things than politics.

Imagine if Tangerine Dream or Magma were to try their hand at playing metal? Or if Sleep or Ulver did the soundtrack to the latest Star Wars cash grab? This offering (originally commissioned to be a performance piece at a European metal fest) between two Finnish bands Oranssi Pazuzu (black metal) and Dark Buddha Rising (doom) is that record. It can be enjoyed after ingesting illegal substances or even just while performing chores and being around household cleaners, as long as you allowed yourself to be inundated by today's state approved, if not sponsored by, media hacks. Turn up the paranoia and taste the fear.

Running Out Of Time ep

Closing with another local band that is churning out a style that is at least 40 years old, Get A Grip is one of the few that seems to understand how to do it right. While so many are either aping the moshmetal antics of the bands that weren't that crucial in the beginning (if they were even involved then) or doing the spastic blastbeat blurrrr thing that wasn't original, or interesting, by 1990, Get A Grip actually has songs and the right spirit about the whole thing. In other words, not "rock stars" without the charisma or musical chops, which a lot of the later "hardcore" bands seemed to me, but just kids having fun and expressing themselves.