Courtesy photo
For an Israeli musician who plays Spanish-influenced guitar and sings in English, Hebrew and Arabic, David Broza's music sounds surprisingly effortless and accessible. Even when playing with complex fingerwork, his backing band of drums, flutes and multi-stringed instruments turns his acoustic tunes into all-out rock songs. Broza has released music since the 1970s, achieving multi-platinum status, being appointed a goodwill ambassador for UNICEF, and receiving a box of poetry from country legend Townes van Zandt. A storied career for a world traveler, to say the least. Ahead of his Tucson concert, Broza shared with us five albums he felt had a deep effect on him both artistically and musically.

The electric guitar just captivated my entire imagination. I started playing it and started a garage band. Started fooling around with rock 'n' roll. Hendrix's psychedelic approach, musically and visually was mind-blowing—his freestyle improvisations with all the distortion took me to my wildest imaginations. Being a teenager, I was just starting to experiment with all different types of music. I was terrible at it, but it was a lot of fun and we were really loud. I was living in Madrid, Spain at the time, and on weekends I would go to the flea market "El Rastro" just looking for jackets like he wore and other clothing pieces.

Music from the Big Pink

I loved the sound of The Band and the songs. The guitar of Robbie Robertson—his signature sound full of rhythm and blues was very soulful. It gave me a great reference when I produced my second album, KLAF (Card). Garth Hudson from The Band also had a major effect on me. His unconventional organ sounds, along with accordion and keyboards had a haunting effect on the arrangements. It was obscure at times and at other times sounded like a church organ. I have always gravitated towards that style and sound. 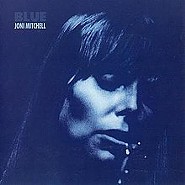 The intimacy of the voice of Joni Mitchell and her special playing and tuning were mesmerizing. But in the album, Joni opens with the piano. The round and deep sound of it along with her haunting singing of such painful love songs. Joni's songwriting and singing still inspire me. The album captured a moment in time for me. I was 16 or 17 when I first heard it. My playing was improving, but I still could not play much of her music. So I would just listen to it for hours and get lost in it.

The voice and his guitar and direct storytelling captivated my imagination and started driving me toward composing music on acoustic guitar. It is the most relaxing and personal sound which I still love today. James Taylor had an interesting approach to chord progressions and picking that had a great influence on me. And along with the acoustic guitar, he was accompanied by fantastic folk-rock musicians on guitar, bass and drums.

The incredible guitar playing of Paco hypnotized me. It still does. It helped direct me to the Spanish guitar which since then has been my main instrument. Until that point, I played some electric, but mostly acoustic guitars. When listening to Paco de Lucia playing, I was magnetized in such a way, it was like listening to Jimi Hendrix for the first time. By then I was back in Israel in the army, and music filled the void after my departure from Spain.

The songs and the voice of Arik Einstein have become the signature sound of Israel's contemporary music for my generation. With song writers like Shalom Hanoch, and Miki Gavrielov, the sound and musicality of Israeli pop changed forever. Some of the lyrics were poetic and others were plain fun, just Israeli rock 'n' roll: love songs and playful songs. The band was influenced by the Beatles and other bands, and all that made an unspoken bridge between music of the world and the Middle East. I was inspired musically, but mostly vocally. Through Arik's singing, I learned to be more loose with the sound of the Hebrew language.