Alexander Thompson
Nikki Hill
Listeners don't need to be told Nikki Hill is from New Orleans, listening to the dirty guitar lines and powerful vocals in her songs prove it. With three studio albums behind her, Nikki Hill has solidified an energetic style of classic rock 'n' roll fused with Southern soul vocals that has just as large a presence on stage as coming out of the speakers. Ahead of her show at 191 Toole, we asked Nikki Hill to name five of her favorite albums. Her selections prove she listens to (and learns from) some of the strongest voices in the game; she's done her homework.

As hard as it was choosing five favorite albums, this album is definitely in my top five favorite live albums. To me it is the definitive rock and roll show. The grit, the frenzy, the fucking VOICE. I love it so much. This album was shelved for over two decades as it was too raw to RCA at the time. It's amazing how much even the most successful black artists of our time have been silenced and not allowed to be varied and true to themselves without threat to their careers. I listen to a lot of music of this era and prior, so it's impossible for me to not see these parallels constantly within my favorite albums. 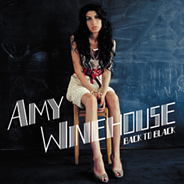 I'm so glad that we live in a world where Amy Winehouse, The Dap-Kings, Salaam Remi, and Mark Ronson were able to come together and make art. I adore the girl group nod. I love the songwriting, the melodies, the attitude. I can put this one on any time. It is right there with the classics for me.

This is a complete album from start to finish. Creates such a great vibe, I love turning this one on and cranking it up loud in the beginning and at the end of a tour on some part of the drive when it's just me and my husband in the van and we just absorb it all in for the thousandth time. Link Wray is a North Carolina native like us, so the album also gives me a sense of nostalgia, and a boost of morale while I think of all the great artists that come from my home state. 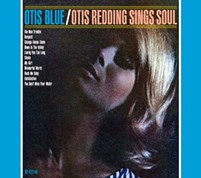 Honestly, if it says Stax (especially between the late '50s to mid 1970s), I'm likely to give it a listen. So many of my favorite artist's releases are on the Stax label. Otis is a huge inspiration, and it's hard to really narrow down a favorite album of his, but I love every song on this album, from the ballads to the uplifting dance songs. Otis Redding reaffirms my love for Little Richard, with that distinct phrasing and influence of rock n' roll straight from the gospel, while adding his own touch. His voice is just so damn cool on these songs.

This is a box set compilation that features Howlin' Wolf, Bo Diddley, Muddy Waters, Chuck Berry, Etta James and Willie Dixon. I highly recommend collecting all of them. 'Nuff said right there. My favorite part about these box sets is the rabbit hole it has sent me down over the years! If a song or album opens up the door for me to learn about even more songs and albums, it instantly becomes a favorite.