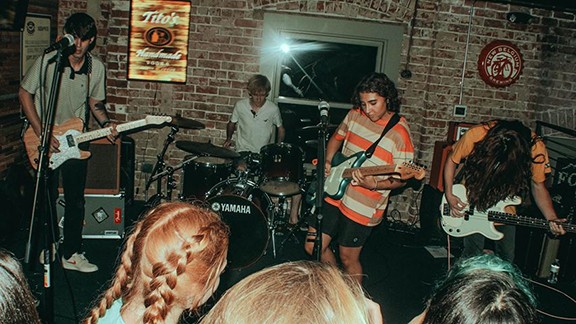 Courtesy photo
Self-described as "alternative indie music brought to you by some dirty skater emo kids," Annie Jump Cannon hits all the key points a punk or emo band should: the passionate lyrics, the crowd-rocking breakdowns, the vocals croons, the raging drums. But what differentiates these Tucson locals from plenty of other angsty garage bands is a relieving emotional diversity, due in no small part to singer Savannah Membrila. The pop-punk aggression is there, but so is the occasional sense of sadness, hope and (gasp!) even happiness. A look at their influences shows these guys certainly enjoy their scene, but their music proves they aren't afraid to venture beyond it. Ahead of their show at Club Congress, members of Annie Jump Cannon told us their five favorite albums. 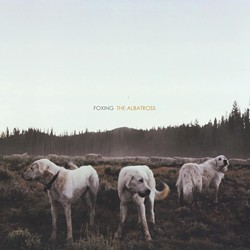 I first listened to this album my junior year of high school. I would listen to it on our school laptops on Bandcamp, the one music source they didn't block. I was immediately stuck listening after the smooth transition from the first song "Bloodhound" into "Inuit," which is still one of my favorite songs to date. This album is powerful and emotional and that's why I love it. You will hear beautifully written songs that contain a unique drumming style, rad tapping guitar melodies, and poetic lyrics being expressed by a voice that is passionate. I would recommend you pop headphones in, sit back and close your eyes while listening, even if you are in a classroom. —Savannah Membrila (rhythm guitar & lead vocals) 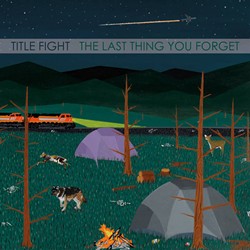 The Last Thing You Forget

This was the album that introduced me to Title Fight. The 2009 release contains a mixture of melodic pop-punk choruses with loads of emo and hardcore influences; it's no wonder why this album would lead me to their entire discography soon after. I listened to TLTYF religiously while learning track after track on my bass guitar. It was songs like "Loud and Clear" and "Memorial Field" that helped teach me strength and consistency while playing bass. —Logan Membrila (bass & vocals) 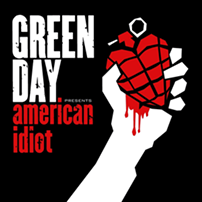 Green Day's American Idiot album is a 21st-century American masterpiece. It's a rock opera chronicling the story of Jesus of Suburbia and St. Jimmy as they fight a losing battle against addiction and society. It has very powerful chord progressions as well as incredibly dynamic and emotionally charged songs, making it a lifelong favorite to get through daily struggles. —Nick Swinuich (lead guitar & vocals) 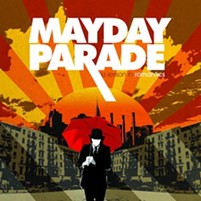 A Lesson in Romantics

Released over 12 years ago, and it still strikes all the right chords in the heart of any 2000s emo kid. Branded one of the most essential pop-punk albums of all time, it's sure to fire a range of emotions through your head and brings you back to when times were good. —Jake Cowen (drums) 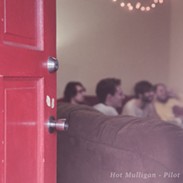 This album dropped in 2018 and the songs have not left our playlists since. We actually got to play a show with these dudes early on in our career before this album was even released! Every track is a pop-punk emo anthem driven by Tades's and Chris's lyrics and harmonies. We highly recommend listening to "Good ol' Mr. Rags" with the lyrics in hand. —Annie Jump Cannon