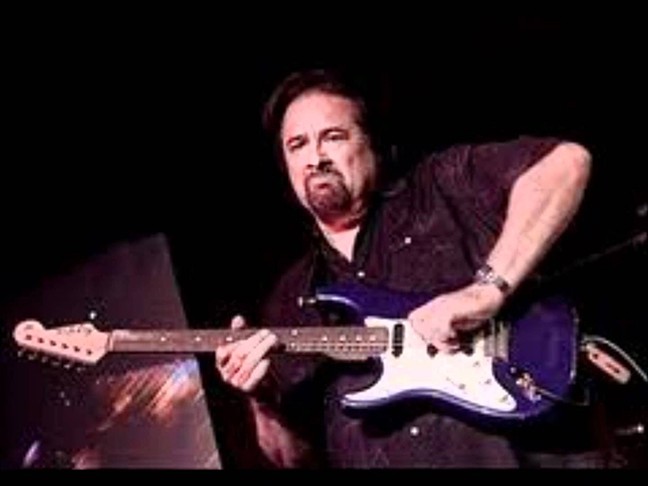 Coco Montoya is a pillar in the blues-guitar renaissance, if such a thing exists. Only releasing his debut album as a band leader in '95, Montoya's style of "icy-hot" guitar playing brings tenacity as well as passion. He was both inspired and trained by the greats, working with some of his idols, including John Mayall and Albert Collins. And now he carries that rhythm-and-blues torch into Tucson, with personal tales and blistering fret-work. Montoya is a singer/songwriter, yes, but he uses his guitar to sing just as much as his own voice.

This was the first time I heard Eric Clapton and the blues coming from England. Drew my attention immediately.

John Mayall and the Bluesbreakers

This album was the beginning of what I call the Blues Bible—that is what I call the most important albums in my learning book. Eric was so on fire, and coming from a very emotional place. To this day, I still listen to it and get chills. I was immediately a huge fan of Eric and I still am.

Eric Clapton and John Mayall pointed the way to the originators, and along that way I found B.B. King. His playing was so sublime and his singing incredible. There was a lot to learn from this album. I met him through Albert Collins, and I must say he was one of the nicest human beings on the planet and always greeted me with a big smile.

Probably the most influential man in my life musically and personally. The song "Frosty" is the most incredible instrumental I've ever heard. If that song doesn't make you smile and pat your foot, you must be dead! When Albert took the stage, I would pity anyone who had to follow him.

Albert King was the first bluesman I got to see live, and my life was never the same after that. I would venture to say most guitar players, blues, rock or whatever, were influenced by this particular performance at the Fillmore back in 1968.