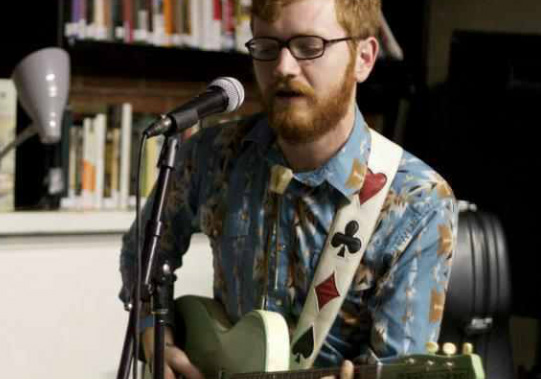 If you've been around the Tucson underground scene long enough, you've probably heard about Logan Greene. He's a jubilant, boisterous acoustic punk rocker who's played more house shows than anyone can count. The same goes for the number of local collaborations and bands he's been in.

In his music, finger-picked acoustic strings dance behind sweet pop hooks, all mixed in with a punk ethos. But these have a tendency to explode into heavy strumming, backing vocals and a general sense of bonfire camaraderie. For how fun his music often sounds, it tackles some intimate—albeit relatable—topics. This is probably best exemplified with his line, "I daydream about cool ways to die."

Greene is releasing his newest album, Medium Place, on June 22 via Diet Pop Records. Following the release, he's embarking on a month-long national tour which will take him from Tucson, to Atlanta, to New York City, to Chicago, and all the way back. Here are the five albums that led him down this road. 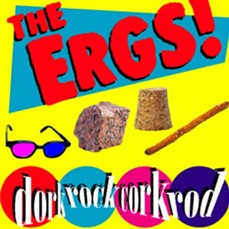 I started going to concerts when I was very little and since then I've booked and played hundreds of shows for local, national and international bands. Only a handful of times has a band that I'd never heard before impressed me so much that I became a die-hard fan instantly. The Ergs took the cake when I saw them on their last national tour in 2008. Since then, this album has become a go-to if I need songwriting inspiration or I want to party or even if I just need familiar tunes to listen to get me through the day.

I heard that the Avett Brothers used to have a money-back guarantee on their live shows at the Rialto before the band got signed to a major label. That's how incredible they are as a live band. The third time I saw them was at the Rialto on the release tour for this album and I couldn't help but fall in love all over again. While they've released a lot of (not-so-great) music since this one, I still love listening to their raw and aptly emotional performances on every single track of this one.

I truly love pop music and pop structures, but I really don't get down on a lot of mainstream pop artists. The lyrics are, I guess, too "poppy." The reason I am so into Carly Rae is that every single one of her songs is a sad song—literally, every single one! Now, I know what you're thinking because you've probably only heard "Call Me Maybe," but trust me when I say that every song of hers (yes, including that one) is about sadness. I can really get behind an artist like that because so many of my songs are upbeat and accessible on the surface, but when you really dig deep into the meaning there's a lot more going on than what meets the ear, so to speak.

I had a hard time deciding which of the many DIY bands and albums I should pick for this list because a majority of the music I listen to is made by local bands in small towns who never made it but still created some of the best music. I chose Good Luck because they really encapsulate the DIY spirit in the recordings, tours and attitude. The band is only three people and the bassist and guitarist do double duty with lead vocals while still shredding technical riffs behind them. All the while, the songs themselves are gems that would shine through any production value or instrumentation. Definitely something I aspire to in my own writing and recording.

While a bit of a cliché for a 30-year-old white dude, this album was the first album I ever bought with my own money and I still listen to it all the time. Start to finish, each song is a jam and I often use it as a reference for mixes, masters and even track order. Even though they are a tremendously disappointing live band, I still think that if I could ever write a song as good as "Only In Dreams," I would hang up my guitar and call it a day.