Since forming in 2013, Wand has carried a psychedelic punk spirit through all of their efforts. Their songs can rapidly shift from quiet to aggressive but always keep a fun, sunny vibe. Although the drums punch wildly and the noisy guitars lay on thick layers of distortion, the mellow vocals on top of a lot of Wand's songs make all the trippy elements come together beautifully.

Their 2017 album, Plum, moved away from the noisy garage rock of their previous efforts, making way instead for psychedelic pop hooks. But their newest EP, Perfume, released earlier this month, kicks back into the powerful, adventurous spirit with its 7-minute opening track.

They experiment a lot for their songs being so damn catchy. Wailing synthesizers and chilly pianos dance around the center-stage guitar chords. But all the while the vocals remain smooth, relaxing, even enticing. Wand drummer Evan Burrows chose this week's albums. 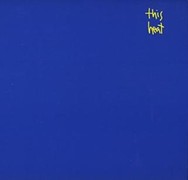 Something like 14 years ago, I played a battle of the bands with my best friends from high school. We lost, but a kindly music professor who was on the judges panel changed my life by pulling me aside and enthusiastically insisting we reminded him of a band I'd never heard before called, This Heat. More than a decade later, I've got one of their record covers tattooed on my body, and I can't stop ranting to uninterested people about "shapeliness" and "broadcasted space" and "postures" and "discontinuity." When I dream of being in a dream band, I want it to be this ravenous and assured in its freedom of movement. I'm a fool, obviously, but I do often eat until I'm full. Sometimes until I'm way too full!

Certain records and performances just retune your listening body, and this record did that for me. Not sure what the status of this record is among devotees and deeper divers, but it happened to kick open a door I needed kicked open in order to get really excited about jazz. I'm so grateful for it, and I still turn to this record often. This music is rearranging. "This music is the face of a drum." 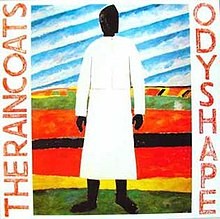 What on earth? How in heaven? How does it move so carefully on so many different legs? How does it weep and flood the whole planet with tears of innumerable Kool-Aid colors that are so sour and sweet and salty as blood and nurturing as real love? My reissue is pressed on clear vinyl. I'm like, "I know, right?" I can look out my window through it.

I got really heavy into Xiu Xiu and dropped out of college. But seriously, I've got a tattoo for this band, too. This record is homeopathy against poison. It's devastated. It sets fire to everything. It's impeccable. Pick up a copy, strap your headphones on and drop out of college for a while. 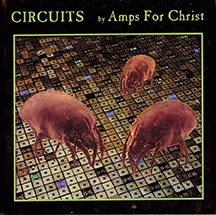 Sometimes when I listen to this record, I'll say something out loud like, "Is this just the best record ever?" Of course, there is no best record ever, and I've made a lot of lofty claims about all kinds of different records in the throes of passion. Circuits is just that kind of record—that commandeers a loving body to ask a graceless, old question that still smiles wide at the electric impossible truth. Thanks, Henry!