Stars Pick Their Top Five! This Week: The Frights

A bunch of punks making surf music—who can't get behind that? The Frights have the vocal aggression you'd expect, but mixed in with the throbbing basslines, breezy guitar and jangly percussion in surf music. It's like if the Beach Boys were instilled with a Millennial listlessness and angst. Of course every now and then there is a gorgeous doo-wop harmony, albeit soaked in reverb and fuzz. Listening to one of their songs is like a spooky, but damn fun, night at the beach.

My Chemical Romance The Black Parade

This is the album that made me quit football and start wearing skinny pants. Without this record I would have been a running back for the Kansas City Chiefs. I know it.—Mikey Carnevale (guitar)

This compilation single-handedly turned me into an obsessive prog nerd throughout all of high school. It made my hair frizzy, it gave me braces and it made my acne flare up. Fuck this album. —Richard Dotson (bass)

My sister and I listened to basically just this for an entire road trip together that we took when I moved back to California. It's longer than an actual church service by a good hour, but this might be my favorite live album I've ever listened to. —Marc Finn (drums) 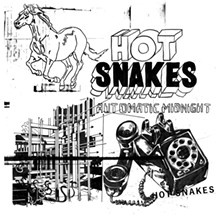 This record changed everything for me. It was such a breath of fresh air at the time. The production is so stripped down and raw, I couldn't believe it. Rick Froberg's voice was just so aggressive and powerful. I still don't understand how he could scream like that and still have a voice.—Jordan Clark (guitar) 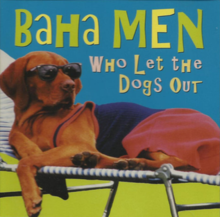 Baha Men Who Let the Dogs Out?