The music of Xylouris White works as a travelogue in more ways than one. The duo, consisting of Greek lute player and vocalist George Xylouris and Australian drummer Jim White, blends traditional Greek instrumentation with experimental rock structures, making for a spacious yet energetic sound. Their most recent album The Sisypheans is the fourth installment in a series of progressive compositions for the Cretan lute. While Xylouris' voice and lute conjure feelings of the Aegean Sea, White's technical and meditative drumming retains aspects of what made his previous efforts in bands like Dirty Three so engaging. Ahead of their voyage through Tucson, we asked Jim and George to discuss some of their favorite songs and albums. 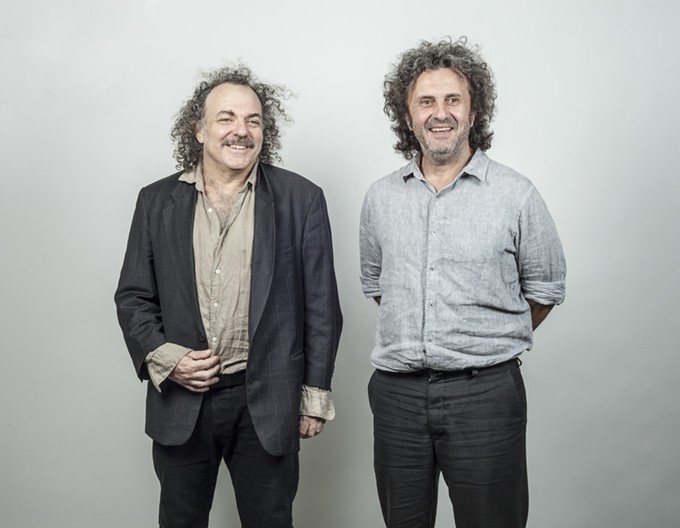 Courtesy Drag City / Photo by Jem Cohen
SONG: Wedding Anogeia (1986) https://youtu.be/R8aGaZLcPfU
This is a wedding in my home village, I love it, shows the music, people, dancing, drinking, good, fun of my village. Appearance by Mihalos Skoulas at the end, one of the great singers. I am in the crowd somewhere. — George

This record comes from the other side of the island from where I live and since I heard this record the huge difference of the same tunes from back then to how we play the same tunes today blew my mind. Most of the tunes recorded in Kefeneon in main village of west Crete. — George

My most listened to record of the year. — Jim

The album is by George’s father, who is a major influence for Xylouris White. George plays on this. He grew up playing with his father. I heard Psarantonis after I met George in Melbourne in the late 80s. This is only one of Psarantonis' albums we both love, that gives us ongoing inspiration. — Jim