Know Your Product: The Senators

There’s a line on The Senators’ new EP Promised Land that sums up their music-making ethos quite well: “I give up on constellations, all the goddamn lines we draw." When the Phoenix four-piece play and sing this line, not only are they declaring a kind of liberation from previous folk rules, but charting ahead into the “wild wide open.” Their music follows suit. Yes, there’s the guitar and lonesome voice found so often in folk music, but The Senators also throw in synths and reverbed drums for an original sound. It comes as no surprise then, that they describe their sound as ‘electric folk.’ These four high-school band geeks have been weaving their musical roots together for many years now, and the unity shows. 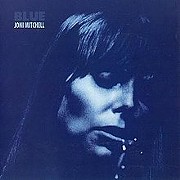 This album always brings me back to family, relationships, to falling in love with my wife. Admittedly, I didn’t love Joni when I was younger. Now I think she’s the most brilliant writer, and A Case of You might be as close to perfect as songwriting gets.


Bon Iver For Emma, Forever Ago 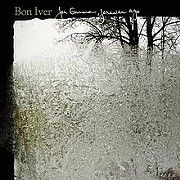 The blurring of lines between the very rough-hewn, organic sounds that Vernon plays against the synthesized make this album infinitely listenable. I hear something new in it every time I spin the record. 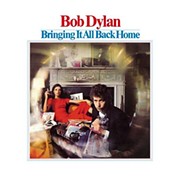 Bob Dylan Bringing It All Back Home
In my mind, this is the best album Dylan wrote. It really pushed the folk genre forward. I wish I could go back in time and hear Subterranean Homesick Blues again for the very first time.

I love this albums’ backstory - that Young pulled a masterpiece out of a moment, out of thin air. Harvest makes me want to write honest tunes.

The Felice Brothers The Felice Brothers
For most of our band members, this album is the standard. One of the very best. I think it also was, quietly, a hugely important and influential record for the mid-2000’s and indie-folk that has followed.