An Oregonian transplant now living in Arizona, Ryan David Orr's past is as full and varied as his influences. A look at this folk singer's favorite albums shows he pulls inspiration from some unlikely sources, but a listen to his music makes sense of the jumble. Intimate vocals, hypnotic song structures, lush instrumentation and some modern production make his music stand out from other songwriters. But one aspect remains solid and clear: Orr's lyricism. His lines are lucid and affecting like only introspective poetry can be. These powerful lines being delivered by Orr's weathered, melancholic voice is simply the cherry on top.

One indelible memory from my childhood is my father playing Tom Waits records on weekends, usually to the scent of coffee and potatoes. This album, with its rough ambience and broken-souled storytelling, leaked into my appreciation for the theatrical. I love most Tom Waits records, but this one is...that one.

When this album came out they still had listening stations in record stores. I stood there at the "new release" rack and listened to the entire album from start to finish. It split my head in half. I hadn't heard anything so heavy, emotional, psychological and artistically profound in such a unique way. I have been listening to this album for years and I still hear new things all the time. 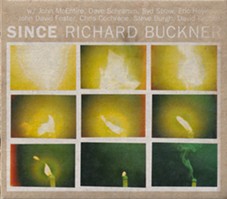 When I was 16 years old, my mother made me go with her to see Kelly Willis at a small listening room in Black Mountain, NC. Nothing against Kelly Willis, but I wasn't super excited to go. Playing alongside her was this bearded, Danelectro-playing Americana troubadour singing incredibly well-written songs about heartache and love and pain. I bought his record that night, had him sign it, and to this day he's one of my all-time favorite songwriters.

This record is like a fairy tale. There's something about it that is medieval and magical, glittering chain mail, sirens and selkies. Tori is a world-class musician, and her compositions would stand alone as masterpieces, but when you add her poignant, playful, often snarky lyrics, and her powerful, colorful voice, the whole album is divine. It brought an element to music for me that I thought had to be left behind somewhere in the tomes of Arthurian legend.

Ryan Adams is undeniably one of the great American songwriters. This record was the first alt-country/Americana album that infected me. Once I heard it, I began scouring the earth for that particular sound. It was a perfect mix of organic sounding instruments, poetry that wasn't ironic or sappy, a bit of rock, a bit of folk, just enough guitar pedals to feel modern, but so much heartfelt rootsiness that you couldn't accuse it of trying to be anything it wasn't. Just about perfect.