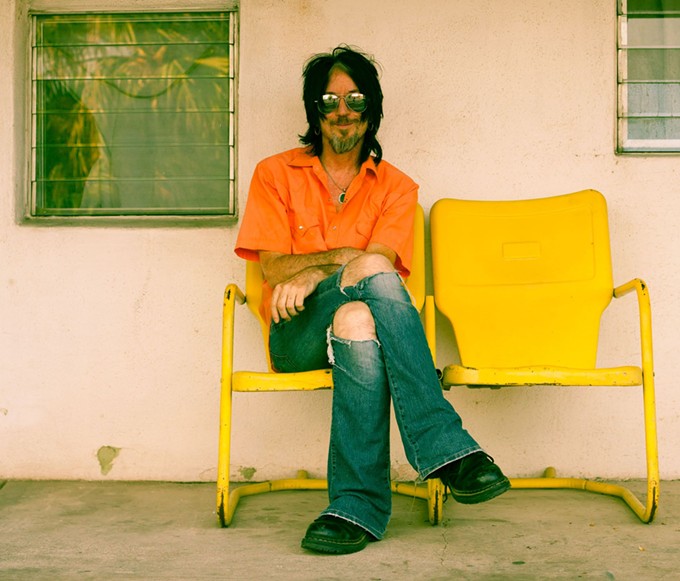 Brian Jabas Smith, author of Spent Saints and Other Stories (Ridgeway Press) and Tucson Salvage: Tales and Recollections from La Frontera, pioneered the Know Your Product column in the Weekly during his time here editing the Music section. In a literary twist on the column, we asked him to write about five of the many books that altered the course of his life. 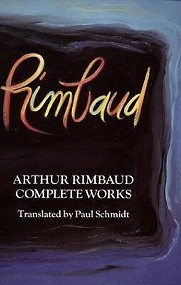 I hated school and the English teacher at Sahuaro High who deep-throated shit like Whitman no 15-year-old boy on Earth could appreciate, as if writing and books were reserved for boring old turds. (I learned to adore Whitman years later.) No one wrote like busted-up teen Rimbaud ("Every moon is atrocious and every sun bitter"), and no one spoke to me like that. "A Season in Hell" stunned, but the 100-line, absinthe-and-opium drenched, 25-alexandrine-quatrain "The Drunken Boat," penned summer 1871, when Rimbaud was 16 years old, ruptured this pubescent head like the pimple it was. No idea how I discovered Rimbaud (or Ramones' Leave Home, for that matter) but he clarified how little I will always know, and how poetry is life but can still be punk rock in the purest sense. (How I defined things then, and mostly still do.) This Paul Schmidt translation jumpstarted an absolute love of lit (likely saving my life), which allowed countless other writers to enter my life. Pre-internet. Proof how necessary things find their way to your heart.

A Good Man is Hard to Find 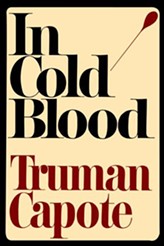 So I quit high school but I had books, and had I not read someone's beat up old copy of this, my life would've been different. "Oh, so this started that 'new journalism' thing, huh?" But it's so free of gimmickry—yet in precise, elegant language of the time, the subject matter so brutal, with bizarre subtext. The day-to-day context (late-'50s small-town Kansas) rivets, and its true-crime beguilement precedes Netflix saturation by decades. Loved his Tree of Night and Other Voices Other Rooms, but In Cold Blood is genius. How tragic that Capote became more famous for a life in parties, and Gore Vidal famously called Capote's early death by liver disease "a wise career choice." My wife got me a first edition signed copy for Christmas. It is going to the grave with me. 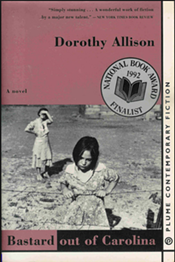 Bastard Out of Carolina

Never have I read a novel (except maybe Tillie Olsen's Yonnondio: From the Thirties) that detailed so beautifully harsh rural lives. Innocence crushed, rape, and brutal (non) redemptions set in 1950s South Carolina proletariat from the POV of a girl. It's a mother of empathy, a harrowing document of family cruelty, and a voice for voiceless girls. And its truth still stings. I reread it once in a while along with Carson McCullers' Reflections in a Golden Eye as reminder of where I am and what many do with writing that no MFA program can ever reach or teach.

David Goodis left his hometown Philly for Hollywood. He'd sleep on couches and sew fancy labels into cheap suits. But even after Bogart and Bacall starred in the adaptation of his sweet noir Dark Passage he wound up back in Philly and proceeded to place readers in sour bars and on vile river docks. Both Cassidy's Girl and Shoot the Piano Player (Truffaut made that movie) captured hopeless barroom drunks and fringe-dwellers better than anyone, and with a '50s working-class literary bent. Guys like Bukowski copped from him. In his way, Goodis was no less gifted than distant contemporary Jim Thompson. Cult following intact, Goodis is a literary footnote and, of course, forever ignored in academia. The French called him "the poet of the losers" and no one cares about losers. He died forgotten. I was in Philly on a book tour and I couldn't even find Goodis in the bookstores. One clerk even said, "Who?"