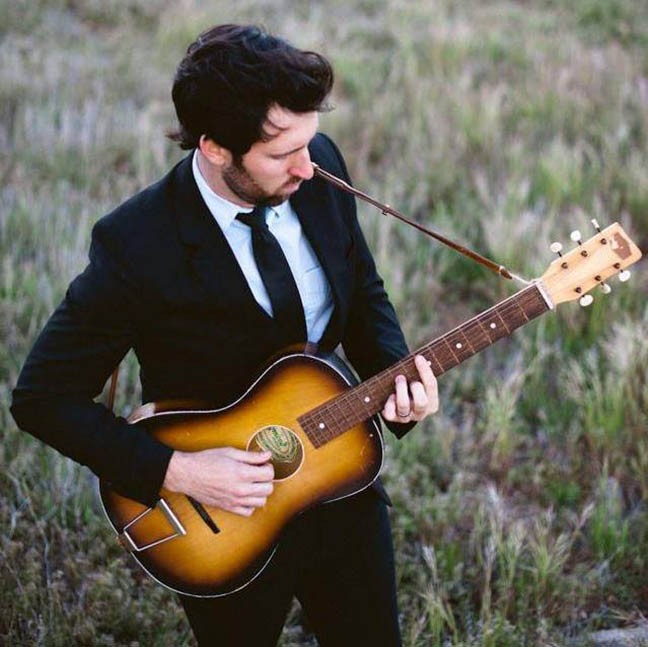 From how upbeat Adam Townsend's music initially sounds, you might underestimate the emotional depths it can reach. On his debut album, All My Fires, releasing June 7, this local songwriter examines his loves and dreams without sounding cloying. Alongside rustic strings, soulful vocal ensembles and mournful horns, Townsend combines the passionate with the poetic. This new album, described as "the culmination of 10 years of writing and never letting go of a dream to pursue a music career" certainly contains a decade's worth of observations, cravings and inertia. Even the album's title seems to hint at a list of burning desires waiting to be extolled. For Townsend, this pleasant storybook is a long time coming.

The one artist that inspired me to start playing guitar would be Jimi Hendrix. When I heard the first notes of Purple Haze I was hooked and HAD to start playing guitar. Songs like that, Fire, Manic Depression, Foxy Lady, started me on my musical path. I still play The Wind Cries Mary at shows all the time. That level of musicianship and songwriting is so rare and what makes this album a classic.

I fell in love with soul music in college and love artists like Otis Redding, Aretha Franklin and Sam Cooke. No one captured my ears more than Stevie Wonder though. This is an underrated album and it's always been my favorite. I love the combination of late '60s classic soul, and early '70s funk. Some of my favorite less popular songs on this album are "Sugar," "Heaven Help Us All" and "Joy."

Making the leap from just playing music and into songwriting, this album started me down that path, and it's one I keep coming back to. Abbey Road is such an iconic album and the impact of the Beatles is unparalleled. From the legendary opener "Come Together" to the magical medley on the second half of the record, the sequencing and structure of the whole album is so intentional and something to I try to learn from.

Few voices are as powerful and indistinguishable as Brittany Howard of Alabama Shakes. Start to finish, all the songs on Boys & Girls are amazing, and the energy is incredible. It has this timeless and equally relevant quality to it. The fact that this album was recorded to tape blew me away. I feel so fortunate to say my album was recorded and produced at the same studio.

Leon's honest and raw voice is the first thing that struck me. He makes it seem so effortless. The way he pays homage to classic soul music really resonates with me, especially considering some of his biggest influences are actually from hip hop and current R&B music. I love his songwriting, it's so personal and down to earth. This album is such a contrast to the current musical landscape and so refreshing to listen to.