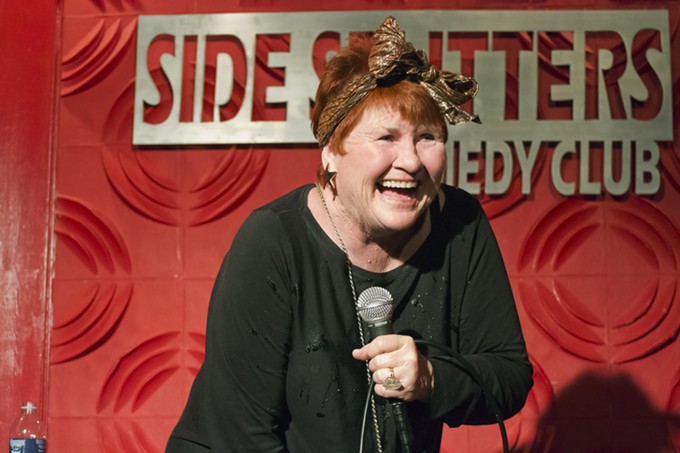 Sassy, hayseed raunch queen Janet Williams is now 74 years old. We could almost feel her grinning across the miles from her Tennessee home.

But is she still the “truck drivin’, oversexed, potty mouthed, unsophisticated, southern sass” her promotion material promises? It seems to us that the intellectual acuity she puts into her jokes and her career is pretty darned sophisticated.

We might even say she is formidably funny, the product of 30 years working her craft and her crowds.

“I started when I was 47 years old,” she said. “I’d just been through a bad divorce, so I just thought, ‘Well, I could go make fun of my ex-husband and his family.’”

She called the owner of the local comedy club and told him she wanted to do a show. He sat her down, so to speak. “That’s not how it works,” he said. “Where have you played?”

She had never even seen a comedy show.

At his suggestion, she took a comedy class at a Florida club and, even more importantly, began contriving ways to build an audience. “I was just literally bit by the bug,” she said. “So, I started calling clubs, and I got rejected all the time because I didn’t have any experience. I got tired of sitting at my dining room table crying. I was like, ‘This is like the Masons.’ There’s a secret handshake and nobody’s telling me about it.”

But she never quit. She started counting the number of times in a row she could get rejected before it would make her cry. She found the average was five times. “I’m a ‘blue’ comic,” she said on the phone. “I’ll come for X amount of money, and if I don’t do a good job, you don’t have to pay me.

“And I was fortunate. I never had to give the money back.”

A few years of grunt work later, a hitch on the USO circuit allowed her to visit three other continents, expanding her wealth of material. Eventually she even broke into national television for two seasons on BET’s “Comic View.”

But what gave her the confidence to just jump in cold like that in the first place? She said, “Well, I never thought I couldn’t do it. I come from a very normal family, and our parents encouraged us and made us think that we could do whatever we made our minds up to do.” She remembers something her mother told her in her twenties: “I wouldn’t call you pretty. You clean up good. But you’ve got the best personality of anybody I’ve ever known.

Still, she said, “I had never been to a comedy show until I got on stage. If I hadn’t had that class, I wouldn’t even have known to move the microphone stand. But I’m telling you, every club owner has also treated me nice.”

Asked what advice she would give newcomers to comedy, she said, “Well, I’ll tell you. Don’t let anybody tell you that you can’t do something.”

“The COVID thing messed the world up for coming on three years. People want to get out, now, and they want to have fun.” 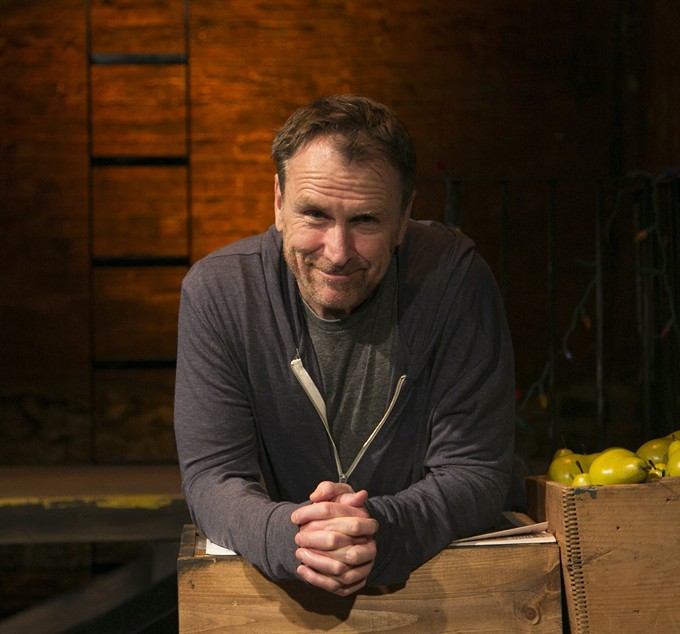 Second City fans remember Colin Quinn’s stint as anchor of the series’ popular feature “Weekend Update” in the ’90s. Later he appeared in a host of Comedy Central shows, including “Tough Crowd with Colin Quinn.” Most recently we find him on HBO Max in “Colin Quinn & Friends: A Parking Lot Comedy Show,” a combination documentary and standup showcase filmed in a repurposed drive-in theater. Quinn’s insights expose the pretense and pratfalls within our political and social malaise.
The Rialto Theatre, 318 Congress Street, 8 p.m. Thursday, Nov. 10, Rialto Theatre, ticketmaster.com, $24 to $35

If you need extra motivation to visit Bisbee in its most beautiful season, book yourself a haunted air B&B and spend an evening with Josh Potter at Chuckleheads. A former DJ and radio show producer, Potter first set out on a comedy mission, he said, “to normalize shoulder hair.” If he has loftier pursuits, they remain a mystery, although he sometimes claims also to be a foot model. He’s been elevated from obscurity as producer, a.k.a. “The Human Cockroach” of the “Your Mom’s House” podcast hosted by married comics Tom Segura and Kristina Pazsitsky. It’s ranked in the top 30 of U.S. comedy podcasts.
Chuckleheads, 41 Brewery Avenue, Bisbee, 8 p.m., Friday, Nov. 4, chuckleheadsaz.com/shows $25 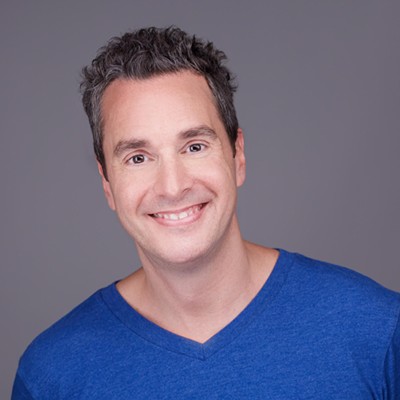