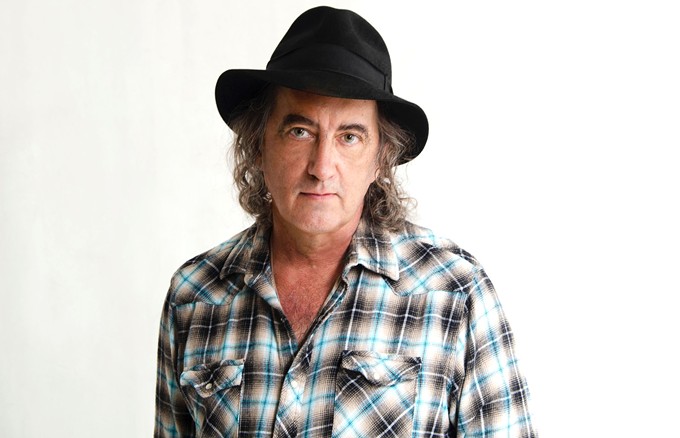 (Submitted photo)
James McMurtry will hit the stage at Club Congress on Saturday, Oct. 8 at 7 p.m.

There are certain musicians who have the scope of the great American Southwest in their pocket. Songwriters like Jonathan Tyler and Ry Cooder’s essence evokes long highways and rolling clouds, while rogues like Townes Van Zandt and Kris Kristofferson embody its slighted frontiers. James McMurtry is one of those songwriters, having surreptitiously documented and concocted tales of the American West and beyond for over three decades, and he’ll be returning to Tucson for a performance at Club Congress on Saturday, Oct. 8 at 7 p.m.

Even among his celebrated peers, James McMurtry certainly knows a thing or two about how to put words in the right order. His father Larry McMurtry (who passed away in 2021) is responsible for some of the most acclaimed novels in the American firmament like “Lonesome Dove” and “The Last Picture Show.”

Ironically, despite the Jr. McMurtry’s celebrated songsmithing, he’s not much of a bookworm. “My Dad collected books,” McMurtry says. “Books were like wallpaper to me.” McMurtry says that non-affinity for longform writing may have been a motivating factor in his push towards music. “I’ve always had stories in my head, and I was often looking for an escape,” he says. “Especially since when I was a kid I got dragged to a lot of bookstores where I didn’t want to be.”

Born in Fort Worth and raised in Virginia only to eventually become a student at the University of Arizona, the now 60-year-old McMurtry finds himself comfortably settled in the town of Lockhart, Texas – 30 miles south of the Austin airport – but still regularly gigs around the Texan capital despite his lack of desire to live there. “It’s become too expensive to live in Austin,” McMurtry confesses. “So many people from California have moved there with the idea that it’s cheap – for their standards. It’s changed a lot even in the last three years.”

McMurtry’s latest record “The Horses and The Hounds” received a higher-than-usual amount of acclaim upon its release in 2021, even landing on Rolling Stone’s list of the best albums of 2021. Strangely enough, McMurtry says that its origins were motivated by a desire to go back on the road, rather than an overt urge to record. “It used to be that I would tour to support record sales, but I’ve never really worked out for me,” he says. “But now, for the most part, our money comes from the road. So people know we’re coming to town, fill up the seats, and when that starts to fall off, it’s time to make another record.”

That being said, McMurtry says that he has never felt comfortable in the studio, preferring the wilderness of the stage. When asked if he would rather record live albums than studio records, McMurtry says he would in a perfect world, but the consumer desire is no longer for live LPs but for studio LPs.

That means that come Saturday, McMurtry will be right at home on the Club Congress stage.