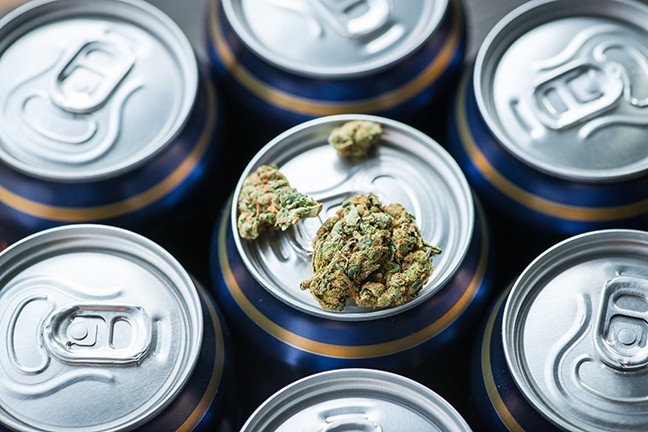 As the adage goes, if you can't beat 'em, join 'em, and that seems to be the alcohol industry's take on the cannabis market.

The LA Times calls the claim a "record investment," which comes as a stark contrast to what many suspect as years of beverage companies lobbying against cannabis.

But now, as alcohol sales decline (the true sign of a waning recession), it appears alcohol companies have decided it's more profitable to put some skin in the game instead of trying to stop the game entirely. Sticking with what they know, that skin comes in the form of THC-infused beverages.

Constellation's investment nets them 38 percent of Canopy's stock, up from 10 percent after an investment last year specifically for THC drinks.

The extra cash already sets Canopy up to become a major player in global cannabis, and if Constellation feels good about it, another 12 percent would give them ownership of potentially one of the largest cannabis companies in the world.

These new ventures come in the face of declining stock prices for many beverage companies as they watch investment in cannabis soar.

While some of that may be due to market trends, some of it indicates that cannabis is still a risky investment, at least according to shareholders.

The concern comes from dueling ideologies in DC as democratic lawmakers attempt to decriminalize cannabis while Attorney General Jeff Sessions still thinks it's the devil's lettuce.

Though seeing someone vape or light a joint in public has become more common, we're consistently reminded (especially in Arizona) that cannabis is illegal. And not just a little bit, it's a Schedule I substance with felony sentencing.

In May, finance firm Cowen & Co. projected that, if fully legalized, cannabis could become a $75 billion industry by 2030 in the U.S. alone. Compared to the $77 billion cigarette industry and the $110 billion beer industry, it's no wonder established companies have begun eyeing the cannabis market.

But the U.S. isn't the only target for alcohol and tobacco companies, and in the immediate future, it probably isn't even their best bet.

The CEO of Pernod Ricard, which distributes Absolut Vodka, Chivas Regal Scotch whisky and Beefeater gin, said the entire industry has been keeping tabs on cannabis, which comes as no surprise as countries like Canada, Germany, Denmark, Italy and Israel continue to open up cannabis legalization.

In many developed countries, cannabis legislation has progressed faster than in the U.S. Even as people begin to see the value of cannabis, whether as a business venture, a medicine or simply a liberty, if U.S. laws don't catch up to the rest of the world, we'll be riding in the caboose of this gravy train.