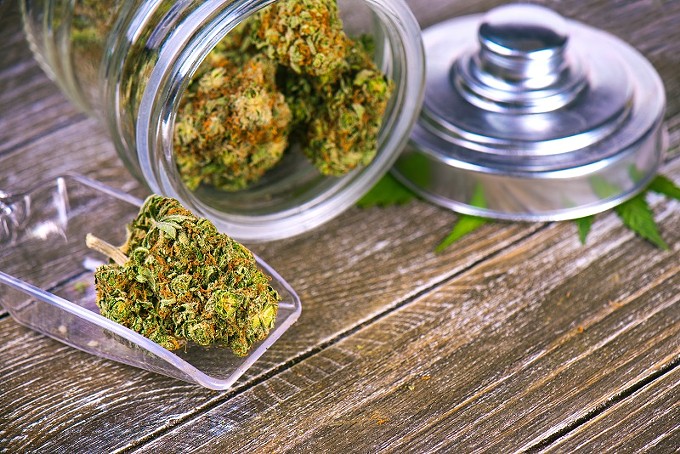 In the wake of the passage of Prop 207 legalizing adult-use recreational cannabis, lawmakers are struggling to define what constitutes driving under the influence of the drug.

One recent bill, HB 2084 introduced by John Kavanagh (R-Fountain Hills), seeks to set a blood level limit of 2 nanograms per milliliter to prove impairment, but the arbitrary setting of THC blood-level limits is not an accurate measure of intoxication, according to cannabis experts. There is also a dearth of field tests that would give law enforcement officers an effective way of measuring those limits.

"Per se" limits are also antithetical to the language and intent of Prop 207.

"We suspect that the bill is going to die," said Southern Arizona NORML director Mike Robinette. "We want to make it clear that at NORML we do not support impaired driving, but we do support a fair application of the law to the cannabis community."

Yet even if the limit were 100 nanograms per milliliter in the blood, that would not be an indicator of impairment, as traces of THC can remain in the bloodstream for weeks after use with no effects on cognitive ability.

There are currently no effective means of testing, outside of field sobriety tests, that can determine the level of THC intoxication in a driver that compare to Breathalyzer tests for alcohol. Cannabis affects every user differently depending on experience, metabolism and other random factors that are barely understood.

Udell cited an article published last year in the Journal of Drug and Alcohol Dependence finding that in five of eight studies on the subject participants were found to have more than 2 nanograms of THC per milliliter in their blood after five days of abstinence.

"So you can have a cancer patient who's been medicating trying to get through chemotherapy and get some food down," he said. "Five days later they go out to go to the grocery store, they get pulled over and there's a blood draw for some reason and now they're looking at a DUI charge. ... We're obviously very concerned about that and what it can do to cannabis consumers."

Aside from the discrepancies between blood/THC content and intoxication level, Prop 207 distinctly disallows the use of a blood test as an indicator for DUI.

"Prop 207 is clear that a blood draw is not sufficient: you must be proved impaired to the slightest degree, which we read as field sobriety tests, and observation by law enforcement," Robinette said.

While this bill is likely going to die a quiet death in the very near future, cannabis advocates worry about the assault on Prop 207.

"There's two really big concerns with this bill," Udell said. "The first is the direct assault on Prop 207 that requires prosecutors to show someone is actually impaired to the slightest degree before they're found guilty under DUI. The second is that Prop 207 specifically says that legislators can establish a per se limit, but only when there is scientific consensus on the issue, and the limit has been recommended by the National Highway Traffic Safety Administration."

Robinette adds that HB 2084 also violates the voter protections in Prop 207 that lay out what legislators can do to "further the intent of the law."

"We have great concerns about the Constitutionality of this bill, that it is why we call it a direct assault on 207," Udell said. "It would threaten the imprisonment of sick and law-abiding citizens across Arizona."

The Pima County Sheriff's Office has not specifically set up procedures for dealing with cannabis impairment, but intends to put effort into educating the public about the dangers of impaired driving.

"[PCSO] deputies, like police officers around the world, utilize standardized and scientifically validated tools and tests to determine impairment caused by alcohol and/or any drug," Sergeant Brett Bernstein, the department's DUI Unit supervisor, wrote in a recent email. "The marijuana legalization law does not change our approach in determining impairment for arrest."

While it is yet to be determined how adult-use legalization will affect law enforcement, Bernstein expects there to be an increase in impaired driving incidents due to legal access.

"We intend to put a lot of effort into educating the public about the dangers of driving under the influence of marijuana through the media, schools and our newly forming partnerships with marijuana vendors," he said.

ON SALE NOW: After a flurry of dispensaries became dual-licensees and began selling adult-use cannabis three weeks ago, the pace has slowed a bit, but on Feb. 10 Hana Meds in Green Valley began selling recreational weed.

"We have already heard a lot of feedback from customers who were relieved they now have legal access to purchase cannabis products for their health and wellness. We also were happy to see that the 16% excise tax on the sales included in the proposition will fund community colleges, infrastructure, public safety and public health programs," said Matt Pinchera, CEO of Hana Meds, in a press release earlier this week.

Hana Meds, with a second dispensary in Kingman, was established in 2015 and is the parent company to two cultivation sites, two dispensaries and cannabis brands, Revival Infused Edibles and Dutchie.

"At the end of last year, the House of Representatives passed legislation, the Marijuana Opportunity, Reinvestment, and Expungement Act, to ensure that these programs work as intended and that the revenue generated can be reinvested into the communities most harmed under criminalization," the lawmakers said in a press release. "Until the day that Congress sends President Biden a marijuana reform bill to sign, he has the unique ability to lead on criminal justice reform and provide immediate relief to thousands of Americans."

The MORE Act, House Resolution 3884, would "decriminalize and deschedule cannabis, to provide for reinvestment in certain persons adversely impacted by the War on Drugs [and] provide for expungement of certain cannabis offenses."

MORE was introduced in September 2019 by Rep. Jerrold Nadler (D-NY), and has passed through the House twice only to be killed by Mitch McConnell and Senate Republicans.

The group discussed the regulatory structure of legalized pot, federal tax policy and social equity. They hope to roll out a new legalization proposal sometime this year.

Policy watchers believe the new administration will prioritize marijuana law reform so the actions by members of the Biden Administration are a refreshing step forward and hopefully, the issue won't become another empty campaign promise that's left by the wayside in 2021.

MEA CULPA: Last week's Weedly column, "Smoke Screening" (Feb. 11) identified Moe Asnani as a board member of the Arizona Dispensary Association. Asnani, owner of Downtown and D2 dispensaries in Tucson, left his position on the board last November.

Additionally, ADA CEO Sam Richard said the organization does not support Senate Bill 1646. To clarify these points, the column was reposted online as "In Wake of Recreational Sales Kickoff, Lab Association Seeks To Hold Off Testing Legislation That Could Damage Industry."