Ignored by the UA, Project Vote Smart starts to look for a new home

Four years ago, Richard Kimball convinced his fellow board members at Project Vote Smart that creating a new office at the UA was a great idea.

Today, he's full of regret, as the organization he helped start is being forced to close its Tucson office at the end of the year.

According to Kimball, a one-time Democratic U.S Senate candidate from Tucson, the contract between the university and the national nonpartisan voter-education organization ends Dec. 31. For the past two years, he says, he's worked with the UA administration to negotiate a new contract, but now, no one from the school will talk with him.

The contract discussions happened to coincide with the UA's reorganization process, which started as the national and state economy forced profound cuts in education funding.

Is Project Vote Smart a victim of the UA's reorganization, along with the dozens of departments that have been turned inside-out and squeezed together to cut expenses? Kimball says he doesn't know—but he wishes he knew or understood.

"I do have great sympathy for what the university has been put through by the state Legislature, but this isn't the way to handle things during hard times," Kimball says.

Kimball made the announcement about the UA contract at the organization's monthly "Off the Record" breakfast debate at the Arizona Inn on Wednesday, Feb. 10. He told those in attendance that the move to another university wasn't easy for him, since he considers Tucson home, but because the UA hasn't signed a new contract, the organization had no choice.

UA President Robert Shelton was contacted by e-mail for comment; he told us to contact Joel D. Valdez, the UA's senior vice president of business affairs. As of press time, Valdez had not responded to repeated calls and e-mails asking for comment.

When Project Vote Smart first started, its headquarters were in Oregon and Massachusetts, but it later found a home in Montana. During the winter, Kimball says, it was difficult to recruit students for the internships on which the organization depends for much of its research. When Kimball began talking to the UA, the goal was find a home in an academic setting where it would be easier to recruit winter interns.

During its 25 years, Project Vote Smart has been praised as democracy's best friend, giving voters the information they need to make informed choices at the ballot box. Every congressional candidate receives the organization's Political Courage Test (formerly called the National Political Awareness Test), which asks politicians to reveal their positions on subjects from gun control and taxes to abortion.

Kimball's own experiences played a part in establishing the organization shortly after his failed 1986 U.S. Senate bid. The Democrat lost to Republican John McCain, and the experience left him and his staff troubled.

Kimball says when the organization came to the UA, many university leaders at the time—including President Emeritus Henry Koffler, Provost George Davis and College of Social and Behavioral Sciences Dean Edward Donnerstein—"were very excited about housing us. They waxed poetic of us opening an office here."

Project Vote Smart was given free space and utilities at a house it continues to occupy on Helen Street, and in the past few years, Kimball says, the organization has paid for about $100,000 in changes to the building, particularly to create more space and purchase equipment for its new Key Votes division, where interns and staff compile key legislative votes in every state.

"We were prepared to invest quite a bit more money, expanding our programs," says Kimball.

Kimball says he was hoping for a chance to present a case to UA management for a new contract with the organization. Before getting the silent treatment, Kimball says, he and his board were prepared to move its international student program from Montana to the UA campus, which may have attracted more students to the UA.

What's frustrating to Kimball—besides having to admit to fellow board members that he erred by lobbying to come to the UA—is the lack of communication from the administration, and the odd way the school has approached the contract.

"At first, we were told by the new administration that they did not want to renew our contract, and we weren't able to meet with them to find out why," Kimball says.

Then the UA agreed to a two-year extension—but only if the organization paid $52,000 to cover the cost of rent, utilities and some tech support, terms that Kimball says the nonprofit declined. It looked like that was the end, but then the UA offered a two-year extension based on the original terms, with free rent and utilities. Project Vote Smart signed the contract, but then the UA refused to sign it. And that's where they left off.

"We don't really know what was going on there," Kimball says.

It was difficult for the organization's board members to consider the UA's request for $52,000 when there about 22 universities that had offered the organization a home rent-free—including the three they are now considering.

Kimball says they worked hard to lobby the UA administration to meet with Project Vote Smart, even recruiting supporters like former U.S. Senator Dennis DeConcini to speak on their behalf. Kimball says he also hand-delivered letters asking for a sit-down—all to no avail.

"I don't think I'll ever know why they didn't want to talk to us," Kimball says. "I guess we're just small potatoes to them." 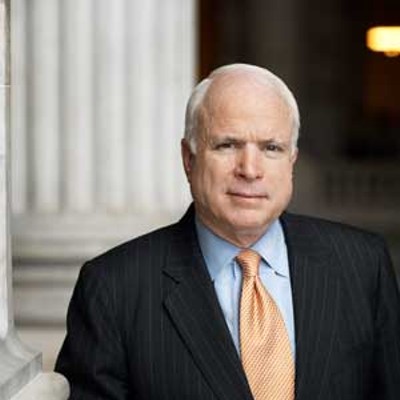