Primavera Foundation's new boss has a history in the Old Pueblo

New Primavera Foundation Executive Director Peggy Hutchison is a woman of conviction--in more ways than one.

One of 11 Tucsonans indicted on immigration charges during the high-profile Sanctuary trials of the mid-'80s, Hutchison was found guilty of one count of conspiracy in federal court and sentenced to five years of probation.

The feds might as well have sentenced her to community service, since she's dedicated pretty much all of her life to it.

Hutchison, who grew up in Northern California, says her passion for social service came to her at a young age. When she was just 13 years old, she heard about an exchange program that sent school children to Mexico to learn Spanish. Even though her school didn't offer the program, the plucky Hutchison wanted to go so badly that she convinced her parents it would be OK if she just went on her own.

Left to herself in the city of Saltillo, Hutchison got lost one day and found herself wandering in a particularly poor neighborhood. As she looked at the people around her, she realized that they remained trapped in poverty despite their hard work--an epiphany that set the stage for her future work with the disenfranchised.

Hutchison first came to Tucson in 1978 to work for Tucson Metropolitan Ministry, an organization that attempted to bring some measure of comfort to poor people on the margins. While working with undocumented workers as part of her outreach, she met refugees fleeing torture and political persecution in Central America. Although Hutchison and others helped many of them apply for political asylum, it was often denied, and the applicants were sent back to their home countries.

"We were finding that folks who had been sent back to El Salvador, when they got back to the airport, they were met by the military police, and they would be disappeared because were murdered," Hutchison says.

Given the U.S. government's role in supporting various military factions in Central America, Hutchison concluded that the INS wasn't going to be sympathetic to the plight of people who were fleeing the region. So while continuing her advocacy work, she also helped organize the Sanctuary Movement, an church-based underground railroad to help refugees "avoid detection by the Border Patrol until a time that they could go back home and educating people about the war in Central America, the United States' involvement in that, and the need to stop that war," Hutchison says.

The federal government infiltrated the movement with undercover agents who gathered enough evidence to indict 11 Tucsonans, including Hutchison. Following a sensational trial, she was convicted on the sole count of conspiracy in 1986.

Two years later, she left Tucson behind. Since then, she's lived in New York and Washington, D.C., working for a Middle East educational program and for the General Board of Global Ministries, the international mission agency of the United Mehodist Church. The work has taken her through Latin America, the Caribbean, Europe and the Middle East.

Now Hutchison's back in Tucson to tackle the problems facing Tucson's homeless population, estimated at roughly 4,300 people on any given night, according to the Tucson Planning Council for the Homeless. (An accurate census is hard to get because of the very nature of homelessness.)

Primavera, founded more than 20 years ago, has grown to offer a wide range of services for the homeless, including overnight shelters, hot meals, transitional housing and day-labor programs which train participants in construction. As they learn new skills, the homes they build become affordable housing for Primavera clients.

Deb Dale, Primavera's chief development officer, says the organization is seeing two disturbing trends: More families and more elderly men. The number of men between 60 and 85 years of age has doubled since this time last year.

Hutchison is still getting acquainted with the new job, but says she's encouraged what she's seen so far.

"The staff are just so dedicated and committed," Hutchison says. "They believe its possible. They believe that providing employment training will enable people to become independent with jobs. They believe that if they can get them into emergency housing and then maybe into the transitional housing, that one day, maybe they'll be able to buy a home." 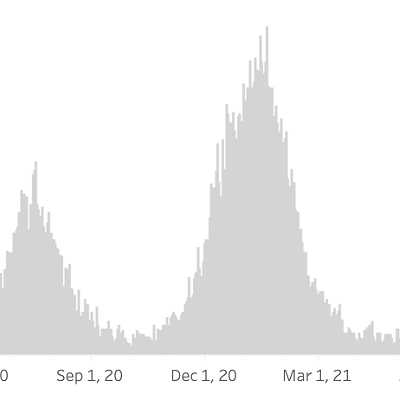