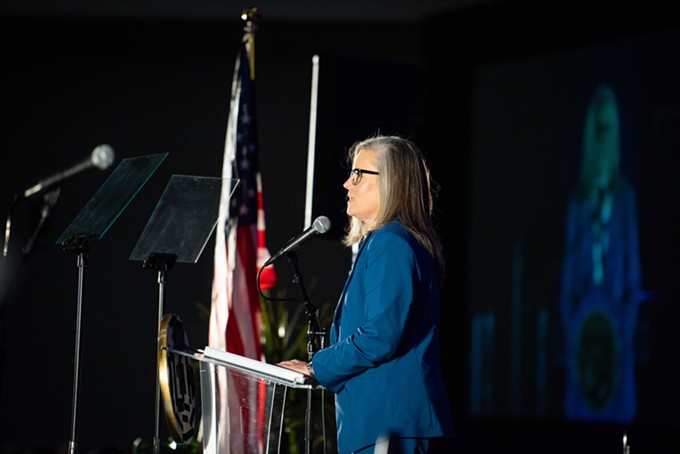 “The people of Arizona have directed us to find solutions to these issues,” Hobbs said.

A self-proclaimed believer in the “power of prosperity,” Hobbs said her administration was committed to building a thriving and dynamic foundation for businesses and the people who make them run, also noting cutting edge companies moving to the state, offering healthy business environments and a top-tier workforce. “Companies have record job openings but far too many Arizona residents can’t afford increased rent,” she said.

The governor also called out the state’s failure to adequately invest in public education, which has resulted in high teacher vacancy rates. “One in four teachers leave Arizona schools each year, the highest rate in the nation,” she said, calling the state’s problem not with K through 12 schools, but a “retention crisis.”

Hobbs called upon legislators to override the Aggregate Expenditure Limit, which limits how much K-12 schools are allowed to spend annually.

In response, Hobbs stated that she will launch an education retention task force to develop a framework and make recommendations to improve class sizes, resources, working conditions and other factors that would put the state’s education system on a path toward finding solutions and retaining educators.

Addressing Arizona’s per-pupil funding approach, Hobbs said that her tentative budget will redirect $68.6 million to all schools across the state, also asking for transparency of schools that accept public dollars by participating in the auditor general’s annual school district spending report.

Hobbs mentioned the overwhelming caseload of school counselors throughout the state, who provide services for over 700 kids on average. “That is the highest ratio in the nation and nearly three times the recommended standard,” she said. “We must do better.”

The governor also called for investment in state community colleges and dual enrollment programs statewide to offer students opportunities to earn college credits or get a good paying job and the expansion of the Arizona Promise Scholarship program, which made college more affordable for over 4,000 families last year. Hobbs proposes an additional funding capacity for over 10,000 students and allocating $40 million to create a Promise for DREAMers Scholarship program.

“We need to work together to ensure Arizona’s higher education opportunities are the best in the nation and put individuals on the path to future prosperity,” Hobbs said, taking the opportunity to state the flip side of prosperity is the high cost of housing.

The Hobbs administration shared its support for the $150 million investment into the Housing Trust Fund as well as signing an executive order reinstating Community Council on Homelessness and Housing, which coordinates state and local agencies and helps identify solutions for individuals and families experiencing homelessness and housing affordability as well as offering support to those struggling with the rising costs of everyday items and services.

Hobbs’ budget also sets aside $50 million for a state-level, child tax credit for families who earn less than $40,000 a year to help pay for basic necessities and exempt diapers and feminine hygiene products from the state’s sales tax.

“These everyday items add up and we can and should help provide this relief to individuals and families who too often must choose between paying their bills or paying for the things they need to be healthy,” Hobbs said.

In addition to protecting reproductive freedom for her constituents, Hobbs shared that her budget would match the federal Title X money that the state receives to provide reproductive health services and family planning medication, about $12 million to impact low-income women.

The governor brought home her speech regarding the protection of the state’s most precious resource, being water and how bipartisan solutions are crucial.

“This should be a wake-up call for all of us,” Hobbs said. Arizona will face the largest cut, 592,000 acre-feet of water.

Hobbs plans to reestablish the Governor’s Energy Office and relaunch the Governor’s Office of Resiliency to focus on water, energy and land-use solutions. Additionally, the office will collaborate with local organizations, tribal governments, universities and various state departments.

The administration also plans to issue an executive order to launch the Governor’s Water Policy Council to “modernize and expand” the Arizona Groundwater Management Act, Hobbs said. Her budget, which was released Friday, Jan. 13, included “targeted investments” such as a one-time $333 million general fund deposit into the Long-Term Water Augmentation Fund and other investments spanning across fiscal years 2024 to 2025.

Hobbs hopes to allocate funds to rural communities to set up Active Management Areas, a program to help “balance” and recharge the state’s water table.

“These challenges will not be easy,” Hobbs said. “Nor will the other issues we need to confront, including fixing prisons, improving accessibility for all Arizonans, lowering childcare costs, supporting veterans, protecting older and vulnerable Arizonans and so much more.”

Hobbs’ budget can be found at azgovernor.gov 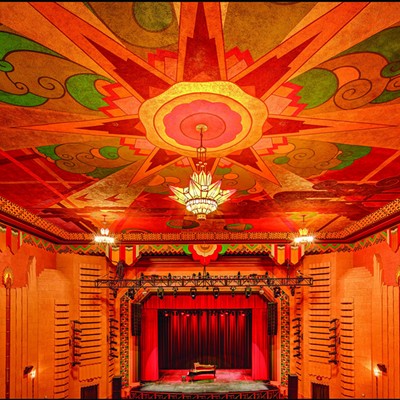