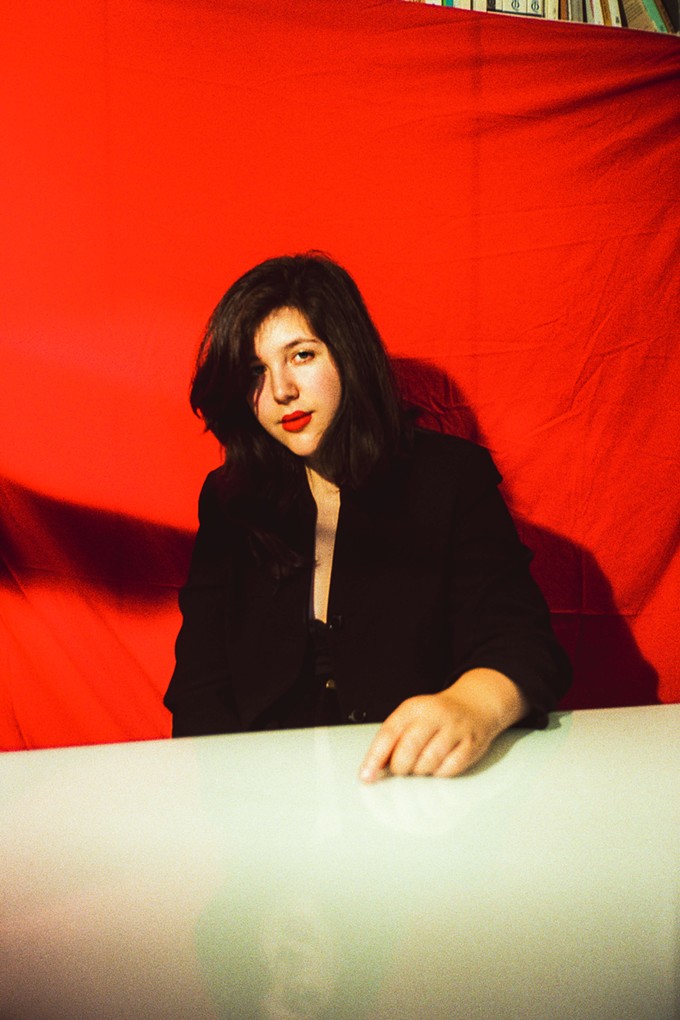 Even more than being a musician, Lucy Dacus considers herself someone who chronicles, catalogs, captures. A historian.

After her first album captured the attention of dozens of record labels, Dacus chose the venerable Matador Records and set about working on her follow-up, now firmly in the category of "highly anticipated." So, the now 22-year-old Dacus did what she does best, what comes naturally to her creative side: write about her life.

"I was writing a lot around a similar question how to retain hope in the face of things that destroy you or change your life when you don't want your life to be changed," she says. "A lot of songs have to deal with loss of life, loss of a relationship, loss of security or home or faith or identity. It's not easy content, but the goal of the album is to find ways out of that darkness."

Released March 2, Historians marks Dacus' moment as an artist breaking through, with 10 songs that wind through a yin-yang of subject matter and emotions: peace and chaos, death and life, darkness and hopefulness, today's politics and timeless themes. She's a historian of the recent past, of herself, but also a writer in search of ageless truths.

"History is subjective," she says. "It changes and I think it tells a story and you try to tell it a few years later, there will be new details popping to the foreground. It's interesting to look back at old material and realize that you view those moments differently now."

The Richmond, Virginia, songwriter released her debut, No Burden, in 2016, and the single "I Don't Want To Be Funny Anymore" quickly began drawing national attention. That culminated in a Pitchfork-chronicled bidding war, with Dacus ultimately choosing Matador, which re-released No Burden.

Dacus didn't begin working on Historians knowing what shape the album would take. Nor did she begin from an entirely blank slate, choosing to revisit old journals and songs as she explored what sort of statement she wanted to make, now that the music world was watching.

"I kind of figured it out as I went along," she says. "Some of the earliest lines are from 2011 and some of the latest ones were written in 2016 or 2017. There was a point at which it coalesced and I knew what it was. I wrote the track list before I finished all the songs, so there was a clear idea of what it was."

The last song on the record is called "Historians," and the lyrics contain two people, each one the historian for the other.

"I wanted to acknowledge I am one of those two historians and I'm the person in this record," Dacus says. "It is about me and my experiences. I'm not writing from a character's perspective. I journal constantly and have this impulse to catalog my life and capture the people I care about. I resonate with that identity even more than my identity as a musician. I've never taken music classes I don't even view myself as a musician. All my creative efforts go back to that impulse."

Creating Historians, with its recording sessions in Nashville, was a very different experience than the quick hometown sessions that produced No Burden.

"I got to write these songs knowing there'd be a band. No Burden I wrote to play solo, so that's a huge difference," she says. "I was more aware of drum parts, bass parts, the fact that we could include other instruments like horns and strings.

Now, Dacus and her band are stepping into the roles they'll take for most of the next year: road musicians.

"We're just at the beginning of playing them for people and I'm having a really good time. I like playing them more than the No Burden songs," she says. "No Burden didn't really reach the same heights as Historians. I didn't get that loud and on Historians there are moments I get to shout and it feels very cathartic to get to scream. It's maybe something people don't expect based off No Burden, but I enjoy it."

Life as a touring musician is hectic, Dacus says, but offers a regimen that she enjoys, one that yields creative time as well.

"I know what I'm doing every 15 minutes for the next two and a half months, basically. But there's structure to that that is very calming, in some ways more so than being off tour," she says. "I often feel free on the road because my pockets of time are so segmented. Within the time between soundcheck and dinner I can do whatever I want and it's really nice to be able to latch onto that. I read and I write all the time. I think if I got carsick I'd really hate this job, but luckily I can read in the car. There's definitely a bit of a book club vibe in the van."

All that reading—contemporary books as well as classics—is another way that Dacus takes in the world. As a historian, of course.

"I read Anna Karenina last year and Mrs Dalloway. Both of those books accomplish a similar statement. They have these two characters grappling with how to live and they show two options, a hopeful option and a destructive option," she says. "It was nice for me to see both narratives next to each other and realize it's a choice to look life in the face and take it in for what it as. Those details come through in the album."