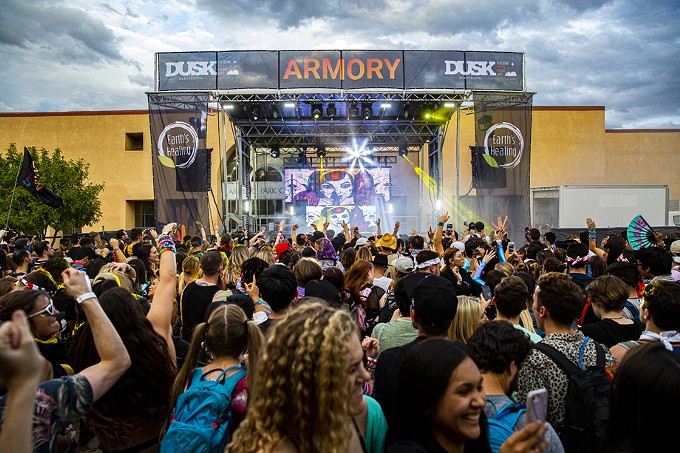 While some of the most odious legislative bills introduced at the Arizona Legislature this year aimed at the new recreational cannabis industry have been pulled or failed, another that would continue to stigmatize legitimate cannabis businesses is House Bill 2809.

The legislation would limit advertising and would not allow your local dispensary to publicly sponsor community events.

Although the bill looks like it will not get the three-quarters support it needs to pass in the Senate, HB2809 is representative of the kitchen sink of bad legislation being thrown at Prop 207, which was supported by 60% of Arizona voters.

Should the bill become law, cannabis dispensaries that contribute to local causes would be hamstrung in their public efforts to give back to the community.

Given the economic ravages coronavirus has thrust upon local nonprofit agencies, particularly performance venues that have not been able to hold events in more than a year, such legislation would block dispensaries from providing needed support.

There are some positive aspects of HB2809, such as labeling product, posting signage warning pregnant women that they may endanger their unborn child or risk being reported to the Department of Child Safety, and prohibiting establishments from handing out samples or selling to "obviously intoxicated" persons, the bill would also restrict advertising graphics that appeal to individuals under the age of 21 or within a mile of a K-12 school.

But the restrictions on sponsorship of community events is the portion of the bill that would affect businesses trying to work within the community to destigmatize an industry that has weathered the coronavirus pandemic and is likely to generate more than $1 billion in economic activity annually in the very near future.

Although the bill is not likely pass, it represents a pattern of behavior for lawmakers who continue to push a "Reefer Madness" narrative for legal weed.

HB2809 specifically prohibits dispensaries sponsoring "any athletic, musical, artistic or other social or cultural events or any entry fee or team in any event."

Such bans would have a huge impact on Tucson dispensary Prime Leaf, which for the past seven years has sponsored music festivals, athletic events and even has a mutually beneficial partnership with Tucson Symphony.

"We're one of the few industries with the capital to help support these organizations," said Brian Warde, co-owner and CEO of Prime Leaf, who noted that lawmakers have no problem with sponsorships from the alcohol industry. "It's very short-sighted."

Warde and his partners have worked to integrate their business into the community through local philanthropy in an effort to normalize cannabis both as medicine and now as a legally acceptable form of recreation.

From holiday toy drives to music festivals to mixed martial arts competitions, the Prime Leaf's largesse has benefitted such organizations as Therapeutic Ranch for Animals and Kids and the Rialto Theatre and has helped finance community events such as the Dusk Music Festival and the 2019 Tucson Hip Hop Festival.

They even help underprivileged athletes with entry fees for tournaments and gym dues or with other types of fundraising.

"Athletics keep kids out of the streets and surrounded by the support of the community and mentorship of these gyms," Warde said. "Both [Prime Leaf partner George] Roop and I grew up in Tucson and came from pretty challenging circumstances, so we're just looking to pay it forward."

State Rep. Randall Friese (D-Tucson), who co-sponsored the bill along with 22 Republicans and seven Democrats, said he believes it would be OK for dispensaries to anonymously sponsor events," but thinks there needs to be a "comfort level" achieved by the public (and legislators) to accept a wider public participation by cannabis businesses in local cultural events.

"We have to think about the comfort level of the public and how do we get the comfort level of the public to a better place?" Friese said. "Adult use marijuana just started, and hopefully, in another three or four or five years, people will see this isn't a big, bad monster, but in fact, is helping [our] community.... I believe this builds from them doing it anonymously."

As to the fact that 60% of the voters in the state opted in favor of adult-use recreational weed, Friese likens public perceptions of marijuana to those in the post-Prohibition era, when alcohol was legalized after it was banned for 13 years.

"I think that there are people out there who voted for it, but might still have some trepidation about how pervasive will it be," he said. "That 60% number tells me the state was ready for this industry and people want to use this product.... I use the example of alcohol back in the 1920s: After prohibition, I think there was we need to comfortably move into this space, and we will."

While he says he is glad Prop 207 passed, Friese also believes Arizona could have done a much better job of rolling out recreational weed, given the problems with the marijuana testing law and the abrupt start of recreational sales in late January.

The federal government could help fix a lot of problems with legalized weed, if it would stop its "shenanigans" regarding the legal status of the plant, he said.

Friese, who recently announced his intention to run for U.S. Congress in Southern Arizona, was also the lone sponsor of HB2415, which sought to expand the prohibition against public use of cannabis to include vaping or other forms of "ingesting" the plant. That bill is currently on hold and not likely to go anywhere.

Southern Arizona NORML Executive Director Mike Robinette said while some of the language in HB2809 is acceptable, SOAZNORML strictly opposed the prohibitions on sponsorship, and thus the entire bill.

Robinette called the language "unconstitutional regulation on commercial speech," adding that it might leave organizations "to ponder whether or not they will be fined by regulator interpretation of this language."

"This language is patently unfair to marijuana establishments and dispensaries as they are being treated differently from other businesses who are allowed to sponsor events," he wrote in a recent email. "Furthermore, this is yet another attempt by the Legislature to push back on legalization and the recognition that marijuana businesses are legitimate businesses in our communities."

Robinette went on to praise Sen. Rosanna Gabaldón (D-Tucson) for offering an amendment to eliminate the language that ultimately failed.

Some dispensary owners have an issue with the language surrounding advertising, as it will not allow advertising within one mile of any K-12 public or private school.

Moe Asnani, owner of Tucson's Downtown and D2 dispensaries and co-founder of iLava, said the bill unnecessarily restricts advertising placement and can hurt the bottom line of both dispensaries and billboard operators.

Asnani also sees what has been happening in the Legislature as a call to action for citizens who voted in favor of legalized weed.

"It's going to hurt a lot of local jobs," he said. "It doesn't define advertising—would you be able to distribute the Weekly with one of our ads within one mile of a school?—and all the effects are very real."

Asnani, who says he employs about 200 people, advocates for people calling their representatives and to get involved in the political process surrounding cannabis legalization.

WHAT'S THE STORY HERE? In the year leading up to the fateful election of 2020, Vice President Kamala Harris and other members of the Biden Administration, as well as Senate Majority Leader Chuck Schumer, said the administration would work to reform antiquated drug laws and deschedule marijuana, which shares the same legal status as heroin or cocaine.

On the campaign trail, Harris famously said, "Under a Biden-Harris administration, we will decriminalize the use of marijuana and automatically expunge all marijuana-use convictions, and end incarceration for drug use alone. This is no time, from our collective perspective, for half-steppin'."

On March 17, five White House staffers were terminated for past marijuana use and several others were admonished or reassigned.

According to a March 19 report by the Daily Beast, "Dozens of young White House staffers have been suspended, asked to resign, or placed in a remote work program due to past marijuana use, frustrating staffers who were pleased by initial indications from the Biden administration that recreational use of cannabis would not be immediately disqualifying for would-be personnel, according to three people familiar with the situation.

"The policy has even affected staffers whose marijuana use was exclusive to one of the 14 states—and the District of Columbia—where cannabis is legal. Sources familiar with the matter also said a number of young staffers were either put on probation or canned because they revealed pas marijuana use in an official document they filled out as part of the lengthy background check for a position in the Biden White House."

According to a March 26 report by NORML, 30 members of Congress, led by Reps Earl Blumenauer (D-OR) Don Beyer (D-VA), Mondaire Jones (D-NY), Jared Huffman (D-CA) and Barbara Lee (D-CA), urged Biden to rectify the situation with the staffers, asking the White House to "clarify its employment suitability policies, remove past cannabis use as a potential disqualifier, and apply these policies with consistency and fairness.

"While we work to deschedule cannabis legislatively, your administration should act within its power to stop legitimizing unfair cannabis laws," the lawmakers wrote. "You have previously expressed your commitment to decriminalizing cannabis in acknowledgement that a cannabis conviction or even the stigma of cannabis use can ruin lives and prevent people from voting, gaining employment, and contributing to society. You can meet this moment and help end our failed punitive policy of cannabis prohibition."

This comes as the Marijuana Opportunity Reinvestment and Expungement Act of 2019—the MORE Act—languishes in Congress. Among other things, MORE specifically:

• removes marijuana from the list of scheduled substances under the Controlled Substances Act and eliminates criminal penalties for an individual who manufactures, distributes, or possesses marijuana.

• establishes a trust fund to support various programs and services for individuals and businesses in communities impacted by the war on drugs,

• establishes a process to expunge convictions and conduct sentencing review hearings related to federal cannabis offenses, and directs the Government Accountability Office to study the societal impact of cannabis legalization.

But it's not like the Biden Administration has nothing else to do in the wake of the destruction wrought by the Trump Administration.

Botanica began a multi-month remodel and redesign on March 28. Regular business hours will take place in its pop-up store. The dispensary's parking lot will be inaccessible until further notice and store parking (including designated handicapped spots) will be across the street in the dirt lot.