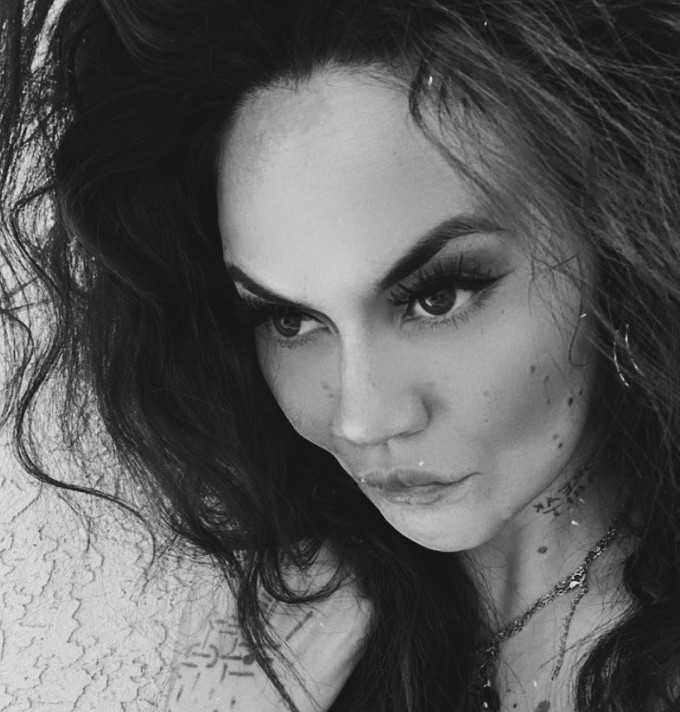 “VaiBionic,” aka Vai Trask, is taking on the NFT trend with her new gallery opening at Harambe cafe, including a closing reception from 6 to 10 pm on Friday, June 3rd.

This is Trask’s second show in Tucson after debuting with “(UN)DEAD” at &Gallery, which explored her recovery after she was pushed out a window by a domestic partner in Los Angeles.

Following her &Gallery show, “I just met some incredible people,” Trask said. “People have been coming to me asking for projects and stuff, and that’s how I got the offer for the show at Harambe … which I’m really excited about.”

Harambe Cafe is a marijuana-friendly social club that requires customers to be 21 years old and older or have a medical marijuana card. The Cafe has coffee and drinks available for purchase. Medical marijuana cardholders can get marijuana products delivered to them from Green Med Wellness Center, 6464 E Tanque Verde Road, next door.

The club is also hosting events, including a stand-up show this weekend. (See this week’s Laughing Stock column, page 32, for details.)

Trask’s work will be on display through the end of May under the title, “QUE LINDO ES EL V(A)ICE: A love letter to the ones that brought us here.”

“It’s an ode to the vices that we’ve cultivated and learning how to cope through the trauma that eventually brought us here to this beautiful moment or to beautiful people,” Trask said.

Trask’s creative partner, Tommy Will, a local Tucson rap artist, released the album “V(A)ICE” on opening night, performing at the party. Since (UN)DEAD, Will and Trask have combined forces to create their collaborative project “BionicWill”.

Each painting at Haramabe also has a QR code attached to its description that connects audience members directly to a song from the “V(A)ICE” album. Trask said it’s the combination of visual and digital, a commentary on the latest explosion of NFT art.

NFT’s, or non-fungible tokens, are digital artworks that can be bought or sold using cryptocurrency to show evidence of ownership for the piece of digital art.

“What’s my beef with pop culture, right? I think that it’s a detour,” Trask said. “It’s a detour from delving in and taking the time to find out what it is you genuinely like. It takes time, it takes decision making, and it takes autonomy.”

Trask wants to remind people in the digital age what holds value in art. She finds value in connecting her hand to a canvas and giving that canvas to a buyer. “That’s why I love painting so much for me,” Trask said. “It is so incredibly authentic.”

Trask said she had a lot of freedom in working with the Harambe space.

Adriana Kittrell, a co-owner of Harambe Cafe, said she likes to invite artists in for a month.

“Harambe is a safe space for people to medicate and it’s a safe environment,” Kittrell said. “We’re responsible and we just want to create more spaces for artists, people, creative minds to come and smoke, but also to be able to exhibit their different art from actual paintings on the wall to music.”