Dealt his share of cancer, Chris Limberis has twice been saved by doctors, nurses and care providers at Kino. His latest bill is well more than he makes in a year.
Of the many punts booted by the Board of Supervisors, the best may be to delay decisions to restyle Kino Community Hospital.

University Physicians Inc., the nonprofit medical practice organization of the University of Arizona College of Medicine, will operate Kino beginning July 1 under the latest plan to shed Kino and its bulging deficits.

The no-cost lease grew out of UPI's probing while staged protests arose around Huckelberry's initial idea to convert Kino, where 100 of the 158 beds are occupied by psychiatric patients, to a primary psychiatric hospital. Supervisors have twice postponed action on the conversion. The first delay was to allow for public hearings in front of the county Board of Health, which has no oversight over Kino.

Numbers are telling the story of Kino, which was built with bonds Pima County voters approved twice to replace the decrepit former County Hospital on South Sixth Avenue.

Able to break even in 1990-92, Kino and its staff have suffered from turnstile management (five administrators since 1999), political interference and outright neglect, those who work at Kino say.

Kino has lost $70 million in the last five years in budgeted deficits. Actual losses are greater. For example, Kino's budget this year is $57.8 million, but revenues are expected to be $44.5 million. That $13.3 million budgeted deficit will be eclipsed. Current projections of a $15 million deficit could be erased by property taxes that would cost the owner of a $100,000 home less than $3 a month.

Still, Kino represents 5 percent of total county spending of nearly $1 billion this year. And it is 18.7 percent of the county's $305 million budget for medical and health services.

As they prepared to convert Kino into a psychiatric facility--while keeping always busy medical clinics open--Huckelberry and his numbers runners coached supervisors to mouth the logic that southside residents have consistently "voted with their feet."

Of the 92,043 patient admissions in 2001, Kino received just 2.7 percent--2,311--for medical/surgical purposes, Huckelberry says in his latest report to the Board of Supervisors. But Kino provided 33.5 percent of the region's hospitalizations for psychiatric care.

Even within neighborhoods around Kino, the sick have gone elsewhere, the report shows. Within nine zip codes around Kino, 2,322 people were admitted to Kino. That is less than 9 percent of the 26,332 total admissions for 2001. University Medical Center admitted the most, with 6,751, followed by St. Mary's Hospital with 5,529.

The county's legal mandate to operate a hospital ended with the start of the state's Medicaid alternative, the Arizona Health Care Cost Containment System, in 1982.

Under the UPI plan, Kino's emergency department and medical/surgical unit will close for up to three years. Urgent care will replace ER. Care for psychiatric care will be expanded and a family practice clinic will be added. A second phase includes plans to restore Kino's birthing unit, closed despite its construction with voter-approved bonds.

Kino has been down the aisle before. The county paid the Hospital Corp. of America to operate Kino until 1989, when county officials grew alarmed that HCA-affiliated doctors were filling Kino's psychiatric unit with patients, then assigning more patients--at county and state expense--to HCA's for-profit mental health hospital in Tucson.

Five years earlier, the Board of Supervisors rejected a hostile takeover by University Medical Center. That vote to preserve the county hospital was so moving that the late Sam Lena, a Democratic supervisor viewed as a patron saint for Pima County's poor, cried.

After the county bounced HCA, it hired Schaller-Anderson, a Phoenix company headed by Don Schaller, who understood indigent health care as the first director of AHCCCS. The company arguably produced the best results for patients and Kino's bottom line.

Part of Schaller-Anderson's mission was to set up a spin-off, much like UMC's move away from direct control of the University of Arizona. The transition was hailed by those seeking to free Kino from interference by the Board of Supervisors. But Republicans who took control of the Board of Supervisors in 1993 fired Schaller-Anderson and installed Kino's contract administrator, Dr. Janis Johnson, as the administrator. The GOP's threats to close Kino went nowhere and Johnson was replaced by Dr. Richard Carmona, now the U.S. Surgeon General.

Carmona boosted morale but was consistently undercut by a meddling county Health Care Commission. Before he was ousted in 1999, Carmona had to deal with the scandal of Dr. Charles Blanck writing bogus prescriptions to fuel his addiction. Three more became Kino administrator before Huckelberry promoted Dennis Douglas, a retired sheriff's major and health department administrator.

Face Masks: How to Use Them, According to the CDC 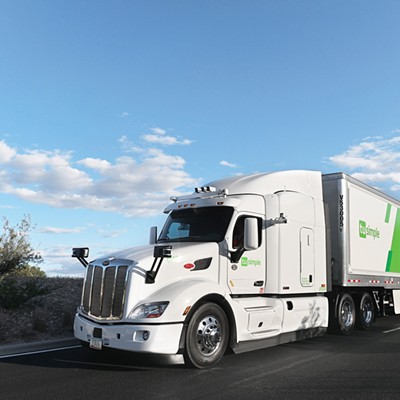