Hemp on the Horizon 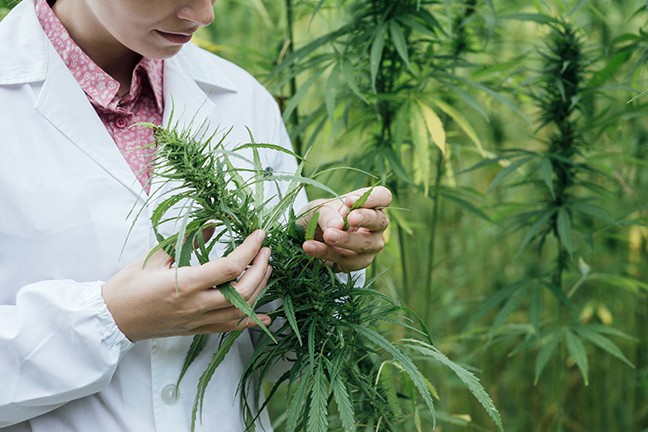 While Gov. Doug Ducey may be outspoken about his distaste for the psychoactive stylings of cannabis, his thoughts on hemp seem to be a bit more on the money.

Earlier this month, Ducey signed a bill, SB1098, giving the go-ahead for a hemp "pilot program" to explore the economic benefit of growing, cultivating and marketing hemp, hemp seeds and hemp products.

The Arizona Department of Agriculture will oversee the program, which will allow licensed farmers and universities to grow and study the sister plant of cannabis as long as the THC content remains below .3 percent.

As a pilot program, the new allowance has an end date, though exactly when the plug gets pulled—and by whom—is yet unclear.

The main purpose of the bill is to vitalize Arizona's agriculture economy. For example, hemp is an extraordinary substitute for cotton (one of Arizona's five Cs) but grows nearly four times as fast. The new crop could multiply the product coming from the fields of cotton farmers.

Additionally, hemp is rife with CBD, which means producers may no longer need cannabis licenses to extract the cannabinoid and use it in topicals and tinctures as popular pain-relieving alternatives to THC.

But the industrial uses of hemp don't stop there. Hemp can be used in everything from fabric, paper and sunscreen, to fuel, milk and even beer.

The plant's versatility gives cause for concern to current producers of soy, cotton and big oil. Though it doesn't seem to meet the same resistance as cannabis does from the pharmaceutical industry, vested interests could try to quash the industry down the line.

Sen. Sonny Borrelli, R-Lake Havasu City, introduced the program in the state Legislature. He introduced a similar bill last year that would have made hemp legal to grow under a license, but Ducey vetoed the bill because it lacked funding for the ADA "to properly implement a new program of this kind."

This year, Borrelli crafted a bill Ducey could get on board with. Currently the state has earmarked $750,000 for the program, but expects to make up that cost with fees for licenses and taxation.

Though typically opposed to recreational cannabis use, Borrelli supports the potential boon hemp could bring to the state.

"This is about rope, not dope," he said of his bill last year. "We're missing out on a multibillion-dollar industry."

Well, not any more. In the past four years, 34 other states have introduced legislation to grow hemp.

The new industry resulted from a 2014 Farm Bill under Barack Obama, which removed hemp research from under the Controlled Substances Act, where it was treated like cannabis since it became illegal in 1937.

However, hemp production remains essentially illegal under federal law, similar to cannabis, which can only be grown and sold in states where it's legal. Earlier this year, Sen. Mitch McConnell (R-Kentucky) introduced the Hemp Farming Act of 2018, which would have legalized hemp farming on a federal level.

Borrelli also introduced SB1420 this year, which would have mandated testing of cannabis products in the state (as many states do already). However, lawmakers couldn't come to an agreement across the aisle to meet the three-fourths vote necessary for the bill.