The Lost Coin: It Is Time To Fund Education in Arizona 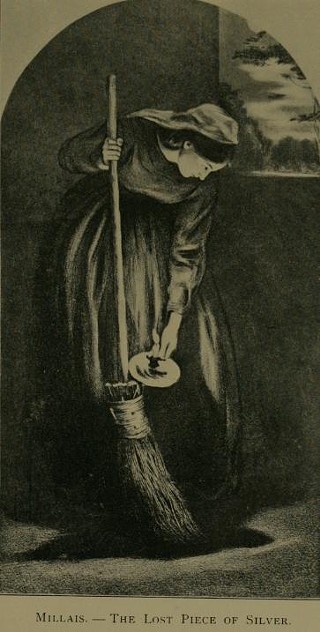 I try to visit the legislature in Phoenix at least twice a month when it is in session. I recently spoke with three legislators: two from the house and one from the senate, from both sides of the aisle. Talks have begun regarding the upcoming budget, especially as it concerns our public school employees. "It doesn't look good," was delivered with downcast eyes and a shake of the head.

I came home to Tucson deeply concerned about the state of affairs in Arizona and education in particular.

Then this morning, right after my alarm sounded, my phone rang. It was the principal of my son's high school. "Geez," I thought as I answered it. I haven't even dropped my kid at school. Nothing's happened yet. Or so I thought. The principal alerted us that there was a threat made against the school at midnight. The police were enlisted to investigate and the suspect was in custody. What the what?

On top of that news, I checked the family bank account because it was payday for my husband, who is a middle school language arts teacher, and we have bills to pay. I discovered that his pay was $200 less than anticipated. After the surprise, shock and panic, it then took a few seconds for me to get angry. I don't care what next year's budget looks like, this year's budget sucks!

There is a story in the New Testament, in which Jesus tells about a woman who had 10 coins. She loses one of them and begins the process of cleaning her home, looking for this lost coin. One might think that one lost coin would not be a big deal. She had nine others still worth more than the one she lost. This woman lit a lamp, swept the floor, and searched for the coin. When she found it, she called her neighbors and they all rejoiced together.

For months, nay, years, I have felt like the woman searching for the lost coin. We have lived in Tucson for almost 15 years. My husband and I relocated here after I graduated from seminary in New Jersey, and as Arizona natives, we wanted to come home. We wanted to raise our children in the state we love. When my oldest son began kindergarten in the fall of 2007, I was asked to serve on our neighborhood school's site council. That was just before the big recession hit. For three successive years, our site council determined how to spend a shrinking budget. We wrestled with and then cried over the lack of funding and loss of teachers and support staff. I also got a little bit angry. Each new hit frustrated me and then broke my heart a little bit more. It would appear that the majority (not all) of our state leaders were and still are balancing the budget on the backs of our children and costing us our public education system.

Each year the cry goes out that we have lost funding for our public schools. And yet, a lamp has been lit on our state budget. A light has been shined on the tax credits and the tax cuts eroding billions of dollars, annually, out of our general fund and away from improving the quality of our schools, which would otherwise create a stronger investment in our children's and our state's future. There has been a small attempt to reclaim a few coins in the form of partial capital funding increase and a settled lawsuit of Prop 123, but we haven't claimed all our coins. Our children deserve safe and well-kept facilities, safe transportation, upgraded technology, well-paid experienced teachers, a curriculum inclusive of the arts, drama, music, PE and recess, fully staffed schools with counselors, psychologists, aides and intervention specialists.

It is time to start sweeping the room. We know who dictates our state budget, which is a moral agreement between our lawmakers and the people in this state. I know I am not alone in asking for change. Just this month, thousands across the state donned red shirts in a show of solidarity for public education. The road to reversing the lack of funding will take a tidal wave of voters to make their voices heard. It is important to be informed about the education bills in the Legislature and then to communicate with the elected officials serving in the Legislature, and last but certainly not least, vote for folks who will get the job done in regards to upholding our state's constitution in providing a quality free public education.

We've got coins missing and for the life of me, I'm tired of collecting dirt under my fingernails from scrounging for pennies between the couch cushions to help pay for my children's school field trips.