Yet again, one senator is blocking a piece of legislation vital to the public's right to know

Now, take a moment, and imagine it's 2033, and you're looking for a nice downloadable e-book history of the Clinton or Bush presidency.

What you find is truly disappointing: They look and feel like history, but sit down and read one for a moment, and the experience is wholly unsatisfying. Where is the background, the context provided by all of those once-classified memos detailing the West Wing intrigue that makes history truly come to life? Instead, we get the learned best guesses of the nation's finest historians working without their tools: the primary documents that make history, well, history.

Sounds like a nightmare, eh? But it's reality, and it will rob us of our nation's historical record unless We The People wake up and do something about it.

A bit of history we do know: In November 2001, just as the National Archives was preparing to release a small portion of the records of the Reagan administration, President George W. Bush issued Executive Order 13233, giving former presidents and their assignees the right to prevent the release of presidential papers--forever. It also allows a sitting president to block the release of a former president's records, even after that former president has signaled his approval.

Historians, most of Congress and Americans who know that our history begets our future all howled in protest, and our elected representatives slowly but surely swung into action. The House passed The Presidential Records Act Amendments of 2007 (H.R. 1255/S. 886) by a veto-proof margin (333-93), with 104 Republicans breaking ranks with the administration.

The bill would nullify the Bush executive order and re-establish procedures to ensure the timely release of presidential records that the Presidential Records Act was designed to ensure. The bill also has broad bipartisan support in the Senate, and cleared the Senate Homeland Security and Government Affairs Committee by voice vote earlier this year.

We were well on our way to reclaiming our history, when on Sept. 24, Sen. Jim Bunning, R-Ky., objected to floor consideration of H.R. 1255/S. 886 under unanimous consent, holding up a vote on the bill. Despite repeated requests from a host of organizations, Sen. Bunning has refused to state the reasons for his opposition to the bill. Recently, the White House reiterated its threat to veto the bill should it pass Congress.

For the second time this year, a lone senator has acted in the least democratic way possible to commit an act of legislative hostage-taking. You may recall Arizona Sen. Jon Kyl's secret hold on meaningful reforms to the federal Freedom of Information Act. Sen. Kyl, to his credit, ultimately chose to voice his objections and work to address them. No such luck with Sen. Bunning.

When the history of this sad spectacle is written, it will note that the Presidential Records Act, gutted by the president and aided and abetted by the callous silence of Sen. Bunning, comes with a rather remarkable history of its own.

It's worth remembering that the Presidential Records Act of 1978 emerged from the tattered remnants of the Nixon presidency, in direct reaction to another presidential power grab. It's a remarkably straightforward piece of legislation: The U.S. government asserts complete "ownership, possession and control" of all presidential and vice presidential records. Upon conclusion of the president's term in office, the National Archivist is required to assume custody of the records and to make them available to the public when permissible under the PRA. Access to the records can be denied after the end of the 12-year embargo only if a former or incumbent president claims an exemption based on a "constitutionally based" executive privilege or continuing national security concern.

It's simple, really: The Bush administration wants to write its own history. And that is guaranteed to produce some tired pickings at your local bookstore in the near future.

2018 Tucson Humanities Festival Held Throughout the Month of October 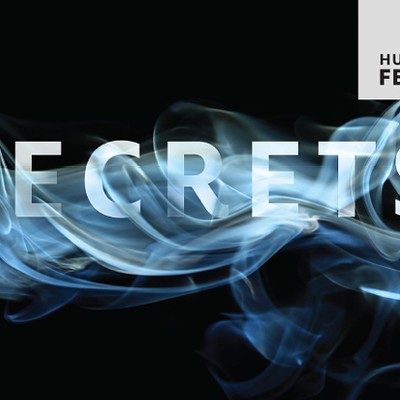