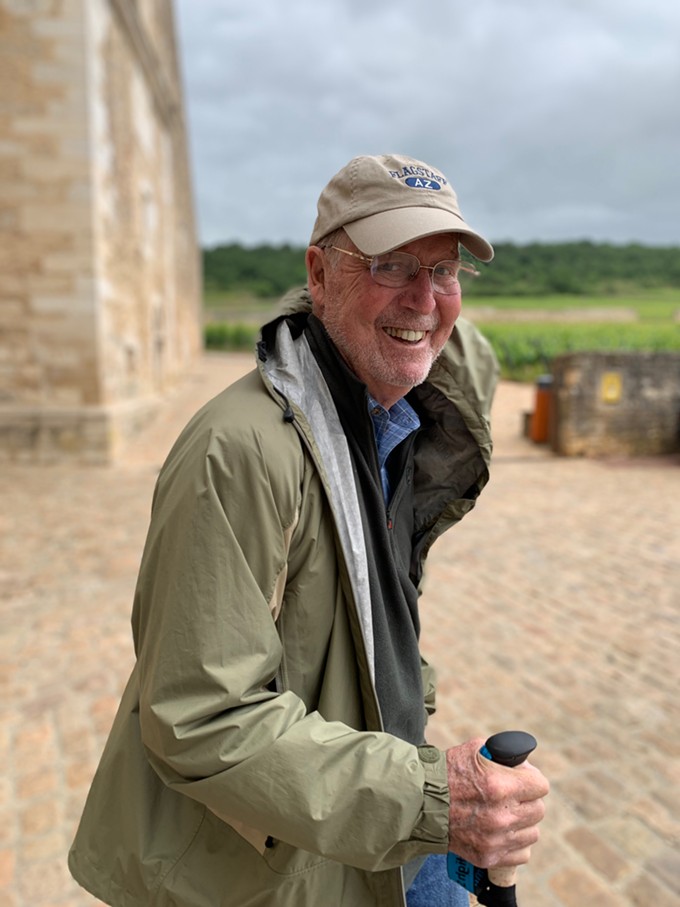 Michael Wales Hard, an Easterner who traveled to the West to seek his fortune and build his family, died on Sunday, Feb. 28. He was 84.

Michael was born and raised in Bay Shore, Long Island. He attended Connecticut’s Pomfret School before heading to Yale, where he studied English Literature. Captain of the rowing team, his boats won the Yale-Harvard race three years in a row and raced in England’s Henley Royal Regatta.

It was while he was at Yale that he made his first trip to Arizona to visit Kathy Lockett. The two had been introduced earlier by their parents while the Locketts were visiting the East Coast. It was the beginning of a lifelong romance, and Michael and Kathy were married in Tucson in 1959.

Michael would later remember arriving in Arizona after leaving behind a dreary and cold New York. “Stepping out of that plane into the soft desert air, I thought, my God, this is amazing,” he said.

After his wedding, Michael began a three-year stint in the U.S. Navy that included a trip to the waters outside Cuba during the 1962 Missile Crisis.

When he left the Navy, Michael began a career working with the Valley National Bank, embracing the bank’s commitment “to be deeply involved in our communities and support them with both our resources and our time to make Arizona a better place,” as he once said.

Michael was deeply committed to the community. In his position at the bank, he made a point of knowing everyone at branches across the state. He helped launch the Tucson Mariachi Festival and was on the board of several organizations including the Brown Foundation, the Museum of Northern Arizona, the Southwestern Foundation, Up With People, the Fiesta Bowl, the Tucson Airport Authority, the Community Foundation of Southern Arizona and the Amerind Foundation. He brought home numerous awards, including the Tucson Metro Chamber’s Man of the Year in 2000.

For all his accolades in the community, family was at the center of Michael’s life. I remember once sitting beside him at family wedding in Northern Arizona when someone made a toast and said, “Family is the most important thing.” Michael nodded in agreement and said: “You got that right.”

His son Mike remembers his dad as a kind and curious man who was always engaged in his life.

“He was a quiet and steadfast role model by example,” Mike said. “He defines my image of what it means to be a father and a husband.” 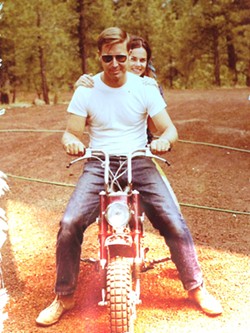 Courtesy photo
Mike and Kathy Hard in Flagstaff in the early ’70s.

His daughter Jennifer—who, in full disclosure, happens to be my wife—said her father was a larger-than-life figure who showed his family the world.

“We grew up on this wonderful mythology of the East Coast Yale graduate who rowed and sailed and loved opera,” Jennifer remembers. “He worked hard, but then also took us kids on so many adventures. Mom and Dad always took us on vacations to places like California, England, France. Every year we’d go camping in Rocky Point with a big group of families. I remember just enjoying riding with my dad in his big ‘bank car,’ as we’d call it, listening to NPR or classical music. All of us kids aspired to be like him.”

His son Chris remembers that Michael pushed through whatever challenges came his way without complaint, including the pain he felt most of his life because of his arthritis.

One Year Later: Twelve Months Ago, The Outbreak Hit Pima County. Here's Where We Stand