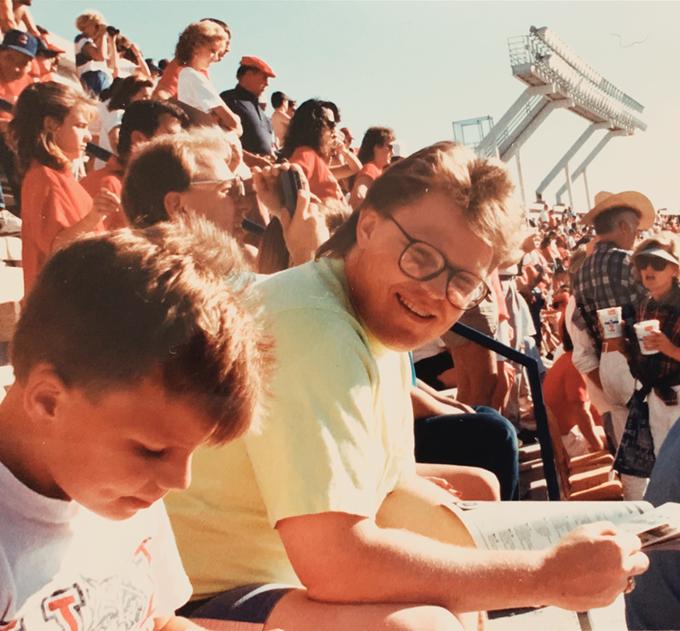 He's best known for owning Nimbus Brewing Company from 2000 until its closing in 2018.

Jim was the youngest of three siblings who spent their formative years living throughout the country and Europe due to their father being an electrical engineer always on the hunt for the higher paying job. He said it was an exciting childhood but moving nearly every school year left him without close friends. Jim wanted to make sure my brother James and I were spared this fate.

In 1989, my father drove us cross country to take a job in the Old Pueblo. He briefly visited Tucson in the mid 1980s and thought it was one of the most beautiful places he had ever encountered in all his travels. The Sonoran Desert is where he wanted his family to settle down and grow roots.

My father didn't start Nimbus—that honor goes to Nimbus Couzin—but he had a vision of what this city's brewing culture could be while helping kickstart our local craft beer community.

While Nimbus Brewing Company never made the leap from its warehouse location on 44th Street—political and local opposition to the proposed building's construction site soured the brewery's move downtown—Jim did open a satellite restaurant, Nimbus Bistro on Tucson's old Restaurant Row.

In the mid 2000s, Nimbus became a go-to spot to see the best in local bluegrass as well as a known stop for many touring blues and classic rock artists. Greats like Mountain, Savoy Brown, Guitar Shorty, Percey Strothers and Chicago's Magic Slim graced the brewery's stage. He lost money on nearly every blues show they put on, but Jim wanted to make sure the music he loved was alive and well in Tucson.

An X-ray after a bad motorcycle accident in 2018 turned up a new mass. The throat cancer had metastasized in Jim's lung and he soon restarted chemotherapy.

I spent a lot of time with him during these last years, mainly watching Bama whoop everybody's ass in the SEC on Saturdays while drinking beer and eating red beans and rice. We didn't see eye to eye when I was growing up, but after these last few years I can say I understood who he was. He wasn't perfect, but Jim had tenacity.

Sometimes that's all anyone could ever hope to inherit.