For more information on the Alliance Fund, visit www.alliancefund.org.

The LGBT&S Alliance Fund started in 1999 with $50,000 in seed money to the Community Foundation of Southern Arizona from the National Lesbian and Gay Community Funding Partnership.

According to Alliance Fund chairperson Kristen Birner, almost 20 LGBT organizations from across the country received the funding, aimed to address the chronic pattern of underfunded LGBT programs and endowment building.

The Alliance Fund, which connects with donors interested in supporting Tucson LGBT projects and organization, distributes grants each year through an annual competitive process. The Fund recently announced the distribution of $54,796 going to 15 area nonprofits. In total, the Fund has given 129 grants to 54 different organizations totaling $588,062.

Five areas are addressed in determining where Alliance Fund dollars go: increasing support for LGBT individuals and their parents/families; improving health care, substance abuse treatment, and social services; educating legislators and working for changes that promote civil rights for all; educating both the larger community and the LGBT community to promote acceptance, health and well-being; and giving organizations the tools they need to be effective.

Birner says donations have increased, and in turn the Fund's grants have gone up 15 percent compared to the previous year.

"This year we were able to give each organization the amount they requested with only a few exceptions. We were very pleased," she says.

One organization that's benefited from the Fund the past two years is PFLAG, which uses the grant to boost its annual scholarship fund. Birner says the Fund's board had discussed starting its own scholarship fund until it found out PFLAG's Tucson chapter had one for area LGBT college-bound students—PFLAG was encouraged to apply.

PFLAG is accepting scholarship applications now from LGBT high school seniors, undergraduate students, and graduate students from southern Arizona. Application information is online at http://www.pflagtucson.org/scholarships.  You can also call 360-3795 or email pflagtuc@pflagtucson.org for more information. The deadline is March 31 and decisions are made in mid-April.

"The Alliance Fund has put us on firmer ground," Meader says. "We go crazy every year. We always have an amazing number of candidates that makes our final decision difficult."

But it's also exiting, he says, providing support for LGBT students in their education, something they've been doing through the scholarship fund for 12 years now.

Meader says Gene Moore was a PFLAG past president from the late 1990s through 2001, who passed away at the age of 75 from Lou Gehrig's disease. He was also a retired Methodist pastor from Illinois supportive of his gay son, who died from AIDS.

"Gene was a wonderful, grandfatherly man who always made others feel welcome," Meader says.

Art and Elaine Woodland were leaders in PFLAG Tucson. Their son Mark was murdered in Phoenix in 2010. Art died the following year at the age of 90, and Elaine now lives in Washington. "These were three utterly wonderful people who added stability and wisdom to PFLAG," Meader says.

Briner says she anticipates the Fund will continue to support the PFLAG scholarships, but added that every year is a challenge for the grants panel. "There are lots of good applications, but you know this year everyone arrived at same (conclusion). We just arrived there in different ways," she says.

"Luckily we have a very active board. They recognize that even though we've made so much progress, when you look at bullying, same sex marriage and the discrimination against transgender people, we understand there remains a lot of work to be done and that's part of the work we plan on continuing."

The Loft to host free screening of 'Edward II' 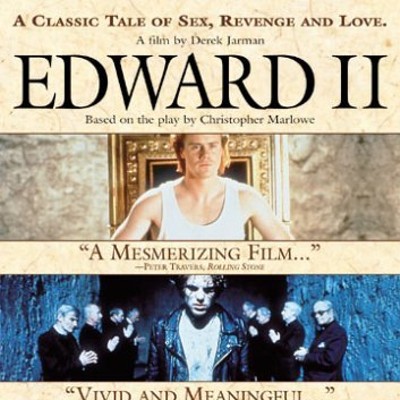