Winding through the inner corridor of the Plaza Palomino, past Vero Amore and Jackson Tavern, past a bedazzled formalwear dress shop and past an investment firm, you’ll find Café Francais tucked away inside the cove-like interior section of the plaza.

Actually locating the small French bistro and patisserie is a hurdle in itself the first visit, but once you’re there, you’ll be greeted by a large pastry case full of intricate looking desserts that will likely make you want to whip your phone out to snap a picture immediately.

You have your choice of indoor or outdoor seating with weekday breakfast being relatively slow and Sunday brunch being slightly busier. The café also offers a lunch menu with salads and sandwiches (about $10 to $13 per dish) and a dinner menu with frog legs ($30.25), moules mariniere ($26.85), canard a l’orange ($32) and other classic French dishes. For the purpose of this review, I focused on breakfast and brunch, though I will be back to splurge on frog legs and maybe one of those baguette-centric sandwiches.

Outside Café Francais when you first enter, there’s a help wanted sign hanging on the door. I can only assume this is because the owners are already aware that the service is very hit or miss. For weekday breakfast, my server was very slow, forgot drink orders entirely and could be seen inside chatting and chatting with her coworker while my friends and I waited. I also watched her eat a pastry right at the counter--not a huge deal, but definitely one of those things I would’ve gotten yelled for back in my serving days. Take it to the back, friend.

For Sunday brunch, it seems the stronger servers are scheduled. Service was friendly and fast and very attentive—almost overly so at some points. One member of staff—not our server—stopped at the table four times throughout the meal just to ask if everything was all right. One of those times was before we had been delivered any food Again, not a huge issue—I’d rather someone be too attentive than the opposite.

In terms of dishes, the daily breakfast menu features omelets, quiche, French toast, pancakes, waffles and benedicts with spinach, salmon or Canadian bacon. You can boil down the meal to one point—the hollandaise. Technically, the hollandaise is texturally perfect, homemade and that pale yellow color it’s supposed to be. Once you taste it, it’s just missing seasoning. These issues were pervasive throughout the meal.

The classic croque madame ($10.25)’ a French comfort staple—kept its béchamel, cheese and ham all on the inside, which isn’t bad per se but it did make for a bready, dry dish since the cheese and sauce were both sparse. The ham seemed from a package of sliced deli meat.

The Belgian waffle ($7.99) was thick and heavy, not crisp on the outside or fluffy on the inside like one would hope. The bacon on the side was thin and an odd reddish pink color. It seemed just barely cooked without any crunch. The eggs, which I ordered over medium, looked similarly unappetizing—and I love fried eggs.

Even the quiche, which was the best of the options I tried on the breakfast menu, was far too pricey at $9.95 per egg-filled tart. The dish comes in personal serving sizes with leek, Lorraine, spinach and cheese fillings.

For coffee, you can skip the cappuccino because, as my barista friend explained to me later, the thick, old school, meringue-like foam is a sign of over-steamed milk—not super appealing. The drip coffee is a better choice or you can just opt for a mimosa or kir royale.

If you stop by on Sundays beginning at 11 a.m., you also have your choice of special Sunday only brunch dishes. One of the meal’s best options is the Escargot de Bourgnone, which come with the proper accouterments of the dish: snail tongs and forks. It’s difficult to say, though, if the six-snail serving ($9.95) was really so impressive or if I just like garlic and butter. To be honest, even the garlic butter was a bit over salted.

Conversely, the French onion soup ($7.25) was under salted and a bit bland, lacking that deep browned hearty richness the soup is famous for. The thick layer of melted cheese on top soon formed an impenetrable barrier that had to be picked out to finish the soup.

However, the Chicken Christophe, which came at our server’s recommendation, was the biggest brunch letdown. Dry, tough curried chicken sits atop a bed of frisee and other greens with dabs of dressing dispersed randomly. For $14.85, I would expect a fresher cut of meat at the very least.

And that pastry case from the beginning? Well, unfortunately its contents suffer the same issues as the majority of the fare at Café Francais. Filled tarts, fluffy pastries, photo-perfect cookies and piles of meringues all look the part. They look and feel like the real thing. You can tell the creams and doughs and custards that comprise the treats were all executed technically correctly, but there’s something missing--and that something is flavor. Most of the pastries just taste of sugar and little else.

So, even though I’d hoped to find a quaint little haven for classic, comforting French food in Tucson when I stopped into Café Francais, it seems this spot falls short on a few fronts. While breakfast and brunch didn’t blow me away, I would be interested in returning for dinner sometime when I have $30 to spend on one of those iconic French entrées. Hopefully the higher price will mean more flavor too. 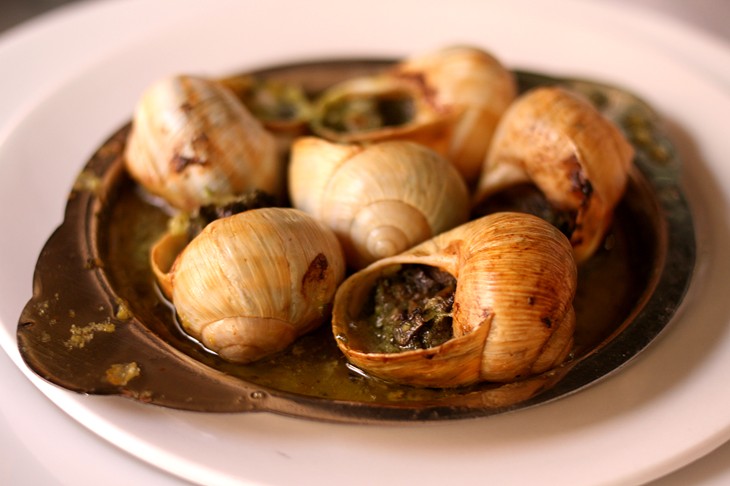 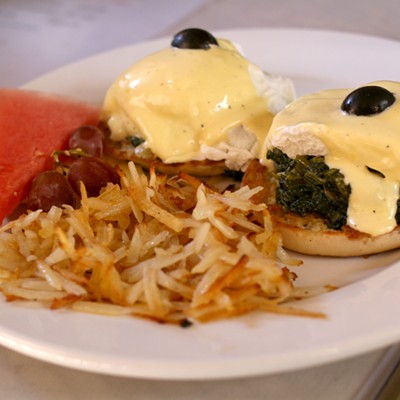 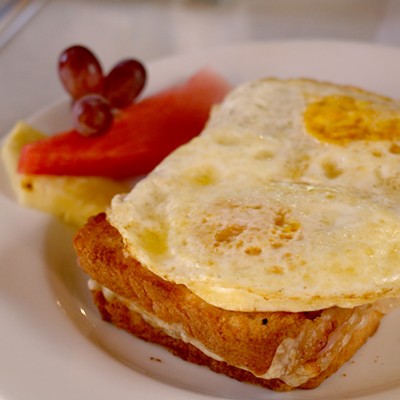 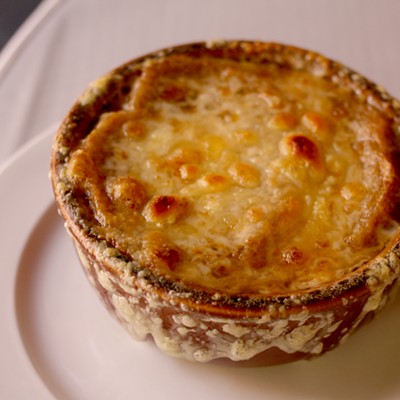 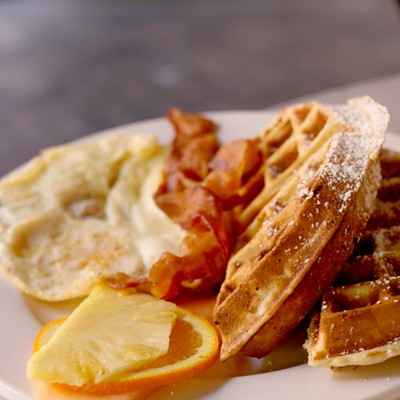 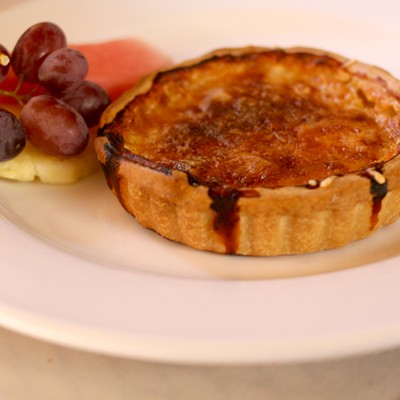