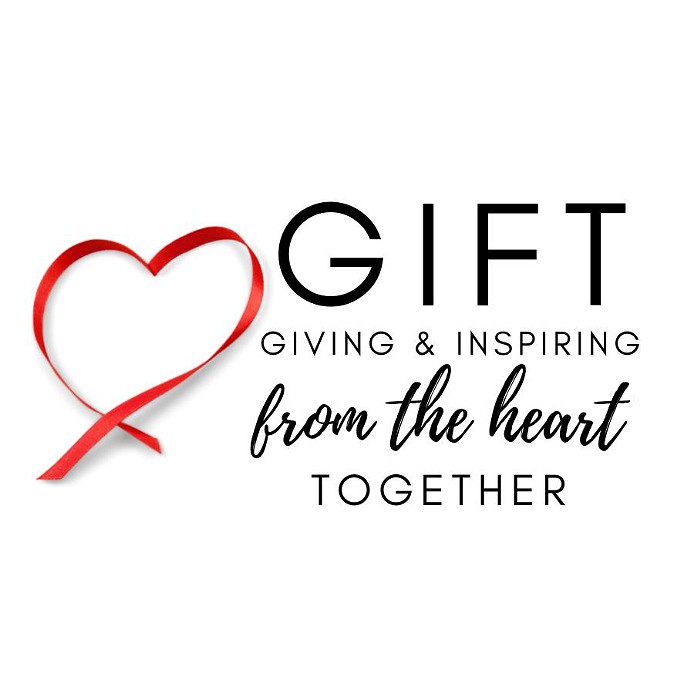 Serving others before oneself is the mission behind the nonprofit GIFT Arizona.

“GIFT stands for ‘giving and inspiring from the heart together.’ So that’s what we want to do — We want to give and we want to inspire others to give,” said Sheila.

The co-founders, who all have deep roots in Tucson, were driven to begin GIFT to support the many local causes with which they align.

They realized that they could combine their individual skills and experiences to support the missions of other organizations instead of creating a traditional nonprofit contributing to one need in the community.

With integrity, community and amplification as its core values, they launched GIFT Arizona in January 2022.

“It’s really important in our family and our community to support the local business, the local restaurants, the entrepreneur, the little guy who’s just starting out or struggling and has limited resources,” said Sheila.

Morgan explained that they often see nonprofit founders and executive teams “wearing many hats” to operate their organizations, as many don’t have the necessary team members or resources to meet their needs and goals.

“If we can come in and provide support for any of those hats, that allows them to shine brighter in their zone of genius, because we can support them in the other areas that they may be strapped too thin or they don’t have the resources for,” she said.

GIFT begins by determining what would be “life-changing” for other local nonprofits. From there, the organization supports them by donation matching and utilizing their local connections.

By donating through GIFT, the organization capitalizes the funding that goes toward other nonprofits.

“We’re better together. When we come together and someone donates to GIFT, that dollar is extended by the leveraging pool we’re creating with all of our other partners, as well as amplifying where the dollar goes,” Morgan said. “So every dollar is expanded when given to GIFT rather than going directly to the organization itself.”

On the occasion of an organization’s event, GIFT will not only match to a specific amount of money raised, it
will heighten the organization’s exposure and social media presence. Sometimes the funding they generate is
two-fold or more, simply from increasing exposure.

From the time GIFT received its 501(c)3 designation in March 2022 to September, the organization had provided over $11,000 to local entities.

The co-founders’ focus this year has been its coordination with Jim Click Millions for Tucson Raffle, which they chose to benefit Therapeutic Ranch for Animals and Kids (TRAK) Ranch. As a result of fundraising through selling raffle tickets, GIFT matches the money raised between the two organizations to fund TRAK’s programming.

Other aligning organizations that GIFT supports include the Tucson Family Food Project, Diaper Bank of Arizona and the equine therapy program Therapeutic Riding of Tucson (TROT). It also supports household-name nonprofits, such as the Make-A-Wish Foundation and the Ronald McDonald House.

One of GIFT’s highlight partnerships is Tucson’s Ascent Real Estate Team, which donates a portion of its agents’ commission.

“The first gift they gave was to the Bill Felix Memorial Foundation, and the nice thing is we were able to come in and amplify and get them a matching gift,” Ochoa said. “It’s been an amazing process as we go down the line.”

Ochoa described one of the foundation’s donors as a 10-year-old boy who enjoyed listening to Arizona Public Media’s programming with his grandmother during the pandemic so much, that he was moved to donate $20 of his allowance.

GIFT offered to match the boy’s $20, spurring a movement of donations on social media through comment sections.

“This just grew and grew, and then we came together as GIFT and offered to match up to $500,” Morgan said. “So just with us kind of initiating this amplification on social media, his $20 has turned into — and is still counting — $1,450.”

Although GIFT is in its infancy, its co-founders are looking forward to their organization taking off. They have been creating an extensive plan for how to further support aligning organizations going into spring 2023.

“We want the Tucson community to realize that the co-founders of GIFT all have the same intent to be good citizens of Tucson, Arizona,” Ochoa said. “We want others that have that capability, irrespective of what that is, to recognize how large or how small you may seem, as long as you’re willing to give back to the community in many, many different ways.”

Whether it is a smile or a thoughtful word, Ochoa said that kindness is something needed daily throughout the country, including Tucson. Spreading kindness is one of their missions moving forward with GIFT.

“I feel that we have a lot of momentum and a lot of power behind GIFT to do great things,” Sheila said.