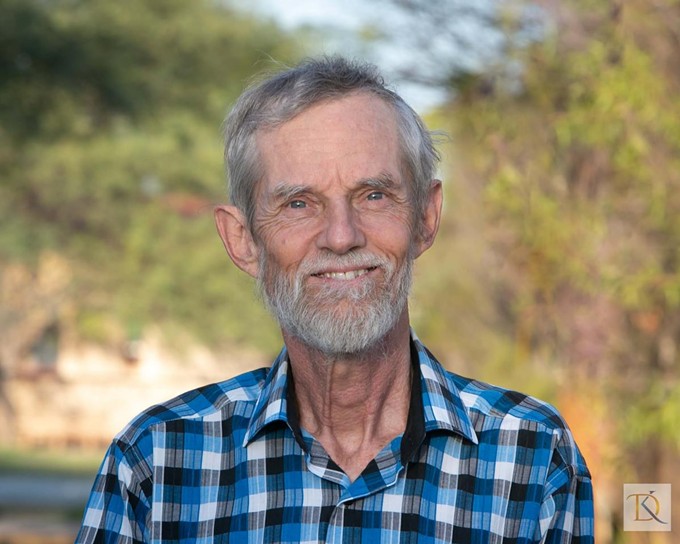 Submitted photo
UA Professor and Grand Knight Commander of the Most Noble Order of the Three Lions Albrecht Classen says he’s “become a bit of a desert rat”.

A German knight calls this desert his home.

Dr. Albrecht Classen, distinguished professor of German and director of Undergraduate Studies at the University of Arizona, began his career far from the desert sands. Hailing from Northern Hesse in central Germany, his life took a fascination with the pre-modern, the tales of knights and quests, and the surrounding culture and history around them.

Much like the countless literary works he bases his work under, this passion for work took him global.

Studying and working in the likes of Germany, Spain, Italy, Hungary, the United Kingdom, Seoul, the northern United States and elsewhere, Classen recalled just what made him feel passionate about the words of those far behind him.

“My emphasis is really on scholarship,” Classen said. “Because I work out of texts from the past and I’m very interested in the question of how literary texts can contribute to our general understanding.” Literature is not the only area he examines – cultural documents, religious texts, and philosophy has also crossed his eyes.

Sitting in his office, he talks excitedly about a book he had his hands the day before. It was from a church baptistry, a sprawling text, and he highlighted the story of the local wife of a duke. There were massive frescos inside this baptistry, all seemingly commissioned by her, not her husband.

“We can observe two things … There is a woman who has enormous financial means available. She can decide on her own what she wants to do, she directs the artist and sort of supervises the entire process … it reveals power structures which we normally would not have assumed because that very same woman does not show up much in the local documents.”

This kind of cultural understanding and work is exactly what appeals to Classen the most about his profession.

Greater cultural understanding relates hand and hand to his work, and this has been recognized in a far more global sense. Following his extensive work within the greater understanding and recognition of German culture, he was granted Bundesverdienstkreuz am Band (Order of Merit) by the German government in 2004. Then, in 2017, the government also honored him with the Grand Knight Commander of the Most Noble Order of the Three Lions. Being granted the highest civilian honors in the country of Germany, he could truly go anywhere.

So why choose the desert?

The simplest answer is he needed a job. “I had finished my Ph.D. in Virginia, I had a one-year lectureship and I just needed to find a job and Arizona opened up, and this was a different world.”

That different world he mentioned was just the beginning of it. Classen wasn’t ashamed to say he hated the cold and rain of much of the East Coast, so he and his wife packed their bags, and came down to the University of Arizona in 1987.

When reflecting on his reasons for coming here, he cited the access to the university library and their aid in his work, he cited the motivation of the students, and he even cited his disdain for the more well-known universities in locations that just didn’t feel right.

“I’ve become a bit of a desert rat,” he said. This reflects in his work just as much as his home life. He’s not the only one who came to the desert to study knights and culture.

“You can tell he’s really into being here and doing what he does,” Modestine said. “He has a bunch of [poetry] books about the place [Arizona, Tucson specifically]. I really like the culture here; I think he’s a big part of that.”

Of the hundreds of pieces Classen has written, a decent subsection of his work focuses on the desert, from German texts that connect the likes of missionaries to the local area, to dozens of poems written about the desert directly in German.

One example is his work “Sonora Wüste: Leben im Südwesten der US.” or in English: “Sonoran Desert: Life in the US Southwest.” This book, along with several other poetry books focused on Arizona, are unique in his body of work. Though his work is based in Arizona, he is putting in the time and effort to give something back to the larger academic community. Germany is a lot different from the United States, especially Arizona, but putting that into context with himself as a middleman makes for another learning opportunity.

Classen found himself to have a unique opportunity living in Arizona, bringing what he views as an undervalued study to a university like the University of Arizona. His goal with the medieval studies program was to center students globally while in the heart of the university, and much like his own experience the program pulls from a vast array of disciplines and studies all over the world.

Despite plans for study abroad programs being canceled, he still feels his program lends itself to being in Arizona and having the ability to reach outwards because of the community created here, far away from the land of knights and kings.

“I would like to emphasize that word creating networks … creating networks across the world, and bonding through the same interest in anything pertaining to the premodern,” he said. “That is very nice, very powerful and I regard myself there by now as a cultural ambassador.”

A High-Stakes Mission at Horseshoe Bend: In which my explorin’ ventures slightly beyond the Sonoran