These stories aren’t so scary, though there are a few decent moments 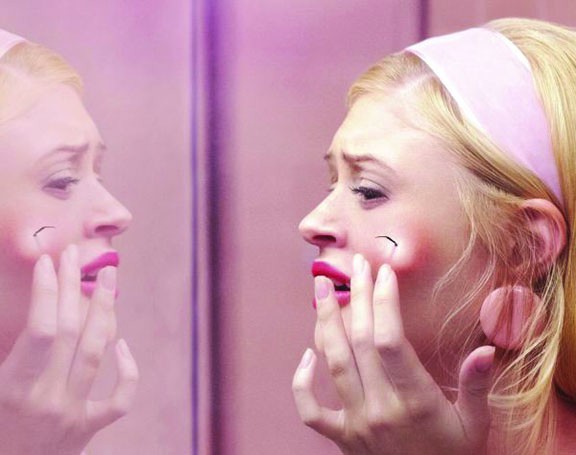 The original books (a total of three) gathered together some stories from folklore and urban legend, with Schwartz putting his own spin on them, even instructing young readers on how to scare their friends while reading them aloud. They were micro-short, they were sometimes grisly, and they had no connective thread. They also managed to make their way into campfire stories in the '80s. I distinctly remember somebody getting me with "The Big Toe" one summer's eve.

Rather than do an anthology movie, like a Creepshow for kids, Ovredal and del Toro opt for a framing device that is a direct nod, one could say rip-off, of the Stranger Things/Stephen King's It nostalgia genre involving plucky kids dealing with various horrors. The resultant film feels derivative, disconnected and quite boring, a bunch of decent ideas crammed into a storyline that just doesn't work.

The gimmick attempting to hold everything together is the story of Sarah Bellows (not a character in the books), an abused, long deceased girl whose journal of stories is discovered by the aforementioned plucky teens led by Stella (Zoe Colletti) in 1968. Others in the group include Auggie the slightly intellectual guy (Gabriel Rush), Chuck the goofy guy (Austin Zajur) and Ramon the mysterious newbie (Michael Garza). All the group really needs is a young, quiet girl with a short haircut and an affinity for Eggos, and the Stranger Things circuit would be complete.

Is it scary? At times, a little. Harold the scarecrow is recreated quite nicely from the original drawings by Stephen Gammel in Schwartz's book. He has a creepy human quality to him, and when he starts walking around, it's freaky for sure. Unfortunately, as was the case in the book, Harold's appearance is a very short one.

"The Red Spot," the spider-eggs-in-your-face story that appeared in the book after the infamous Bubble Yum spider eggs urban legend of the late '70s, finds its way in as an an ugly bathroom mirror experience. Most effectively, a variation on "Me Tie Dough-Ty Walker!" called the Jangly Man featuring a severed head, gets an extended appearance, as does the Pale Lady (once again impeccably recreated from the drawings) from "The Dream."

You can't have a Stranger Things/It rip-off without the school bully. He's Tommy (Austin Abrams), a school athlete with a baseball bat, ala Negan from The Walking Dead, who is quite pissed about the flaming paper bag full of shit that landed on his lap while driving. His pursuit for revenge leads them all to a drive-in where Night of the Living Dead is playing (Romero's zombie classic actually came out in the year this movie is set). Tommy's fate is a predictable one, as is his presence in the film.

Good visuals, some decent acting, and some solid scares don't result in a solid horror film. Of course, I'm not the demographic for this one, although I did have the pleasure of reading the books when they first came out, so I wasn't completely uninitiated. The choice to tie together everything with a hackneyed storyline rather than go the anthology route was a bad one. Too much of the movie feels forced rather than free flowing.

Also, as with any horror movie, you know you are relatively safe from hardcore frights if the movie is PG-13. It and Stranger Things go the R-rated route (well, Stranger Things feels like an R), and there's always that element of unease when you know you are watching something R-rated. Scary Stories, in comparison, feels a little wimpy. Hey, it's made for kids, so this is just a warning for hardcore horror fans. It's pretty tame.

Scary Stories to Tell in the Dark isn't a complete loss. It's a victory on the art direction/production design side, and I'm glad a movie exists that has brought Harold to life. Other than Harold and a few other visual treats, the movie feels like a giant missed opportunity.

Movie Review: Billy Crystal's Film Is Depressing For All of the Wrong Reasons

Movie Review: If You Like Bloody Video Games, This One is For You

Movie Review: Billy Crystal's Film Is Depressing For All of the Wrong Reasons

'Army of the Dead' opens next week in Tucson