Tucson Salvage goes to the movies 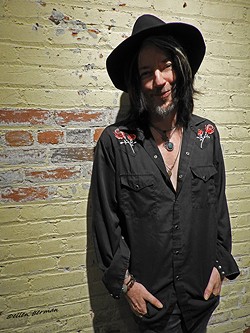 Tucson Salvage: Tales and Recollections from La Frontera, is an upcoming book of collected articles from Brian Smith's award-winning column in the Tucson Weekly. Five of these articles are now translated onto film in Tucson Salvage the Documentary.

"I always loved Brain's really strong sense of place and his portrayal of characters, and those are also two crucial aspects in filmmaking" says Maggie Smith, director for Tucson Salvage the Documentary.

Smith is a filmmaker and screenwriter, as well as Brian's wife. Previously, she created a 12-episode web series based on Brian's fiction short-story collection Spent Saints & Other Stories. This latest documentary allowed Maggie Smith different options for filmmaking, in that she was working in the realm of nonfiction.

"I think there's something very powerful about having these marginalized voices tell their own stories," Maggie says.

Cross-cut with poetic B-roll of leering-yet-idyllic Tucson, the five subjects tell the Tucson Salvage stories in their own way. Some of their lives have changed quite drastically since being featured in the Tucson Weekly, some are in the same spots as before. But more than just a retelling of previous articles, the documentary adds a layer to the squalor and story with powerful visuals.

"Tucson kind of works as its own character in this film," Maggie says. "They were all stories that really resonated with me, and those I thought were very cinematic."

The characters, two men, two women, and one transgender, all faced extreme difficulty at some point in their lives, and the footage allows you to see their both figurative and literal scars.

"I tried to pick those people who really suffered a lot, but who also found transcendence," Maggie says. "Because in film, when you just show beat-down people, it can be exhausting. But when those same people also worked through the problems they faced, it's very powerful." 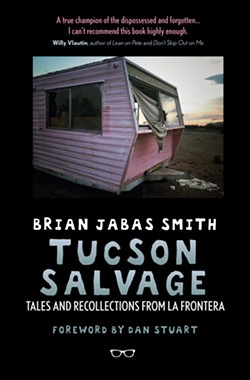 Maggie estimates the film crew gathered some five to eight hours of footage from each person. They were then faced with condensing the footage into the most powerful, telling, and poignant five minutes.

"There are things that come out easier in film, like humor and sadness," Maggie says. "I tried to take advantage of the medium as much as possible."

The cinematography allows for Tucson to do the storytelling. The characters are framed by mesquite and adobe, wandering through local landmarks while discussing their tribulations. The beautiful, color-corrected shots of cacti reaching up to the sun don't hurt either.

"Brian really has the advantage of writing how he relates to the characters and leads the narrative," Maggie says. "With film, you have to let their stories resonate with viewers on their own."

Tucson Salvage the Documentary is debuting at The Loft Cinema, exactly the place Maggie and Brian hoped for. The launch party will include readings from the new book, as well as special guests, including local artists, musicians, writers, and subjects from the film.

"It's the perfect place for a launch party," Maggie said. "It's somewhere we were hoping for from the beginning. It already has an audience who watches documentaries and are interested in Tucson. It was our goal, and it's a total dream come true."