A parent speaks out about TUSD's special-ed troubles 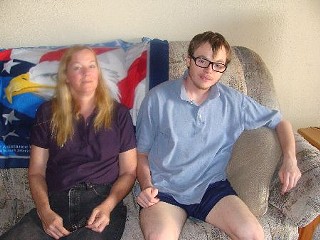 When the Tucson Weekly first interviewed Rose Hamway about her retaliation complaint against the Tucson Unified School District (see "Preponderance of Evidence," Sept. 13), the school psychologist recounted an incident that helped lead her to believe that something was wrong at Sahuaro High School—and perhaps with special-education services throughout the district.

A special-ed staffer called Hamway to ask if she wanted to meet at a stairwell and watch while the staffer said something to a troubled student to purposefully set him off. "Let's go. I know I can get him to go off,'" Hamway recalled the staffer saying.

Hamway's recollection ended up being part of a timeline that she provided to the U.S. Department of Education's Office for Civil Rights in a retaliation complaint she filed in March 2010. The district settled the complaint last month for $180,000 after the OCR released its findings in favor of Hamway.

Hamway also recalled details of trying to advocate on behalf of the same student in a series of meetings with school staff during September, October and November 2009. At one meeting, Hamway said, the principal called the student a "psycho" and later stated that the parents were racist, and the mother was addicted to crystal meth.

Speaking in the living room of the central Tucson home he shares with his family, Brian Richmond said he doesn't remember much from that difficult time. He's the student Hamway wrote about who was in the stairwell.

His parents knew something was wrong with their son, and they asked the school for help. It wasn't until he had a complete breakdown and had to be hospitalized that he was diagnosed with schizophrenia.

When Hamway first spoke to the Weekly about her retaliation complaint, it was important for her to protect the identities of 14 families she began to help during her short tenure at TUSD—and after she filed her complaint with the OCR in March 2010, she helped the 14 families file their own discrimination complaints with the OCR.

On Feb. 22, 2011, the OCR completed an investigation, and a resolution agreement was signed by TUSD Superintendent John Pedicone. The resolution ordered that specific changes based on the families' complaints be implemented and monitored.

There was a meeting regarding the OCR findings, but the only thing Kathy Winslow Richmond said she was offered as help for her son was summer school, which she didn't believe was enough for him to catch up academically.

Last week, Winslow Richmond said she had heard again from the OCR about her case. She credits the media attention on Hamway's case for helping to put the 14 families back on the OCR's radar.

"It's a start," she said. "On the phone, they told me they thought our issues were resolved."

Of the 14 families who filed complaints, the Weekly contacted five who had told Hamway that they were interested in speaking to the media. But only Winslow Richmond was available to discuss her case by our deadline; three other parents backed out, saying they were concerned that discussing their stories could jeopardize any progress they could make with the school district this year.

Winslow Richmond said she knows other families have also recently been contacted by the OCR. "I want to keep talking about what needs to be done. My goal is to get my son back into school, back where he wants to go to school, and make the district do what it needs to do to help him graduate so he can move on with his life."

In Winslow Richmond's complaint to the OCR, she documents a difficult time at Sahuaro shortly after Brian started his freshman year after attending Gridley Middle School. By mid-August, she said, she was receiving daily phone calls to pick her son up because of his "misbehavior." But because both parents work, they weren't always available to pick him up. In those cases, he was sent home, and walked along busy streets unsupervised, Winslow Richmond said. During one of his walks home, Brian was hit by a car and sustained minor injuries, she said.

On Oct. 29, 2009, Brian and his parents were told he could not come back to Sahuaro. That night, Brian broke down and had to be hospitalized for 12 days, Winslow Richmond said.

The Weekly emailed Samuel Giangardella, the principal at Sahuaro, regarding the accusations by Hamway and Winslow Richmond. He responded: "I am not at liberty to discuss any of the information you are requesting."

Eventually, Brian stabilized, and he enrolled at Palo Verde High School, where problems continued. "I'm pretty sure they never put a behavior plan in place there, either," his mother said.

He was later sent to Mary Meredith, a school in the TUSD system for students with profound emotional disabilities. It was a placement that didn't make sense to his mother and to the advocates she turned to for help.

"It's a very good school; staff there are very well-educated on how to deal with children who have problems," Winslow Richmond said. "At the same time, there's a quiet room in every classroom they put students in that's about 6 by 8 (feet), and in each classroom, there's a very large male staff (member) who will put you in there."

But Mary Meredith didn't provide Brian with the academically challenging curriculum he needed in order to finish school.

Eileen Tucker, a long-time special-ed advocate who helped Brian and his mother through many meetings with schools and the OCR, said that when parents go up against districts and schools that don't want to do the right thing, "it's frustrating and feels like you're beating your head against the wall. If it hadn't been for Rose Hamway, no one would know about any of these cases."

Tucker said part of the problem lies with the state Department of Education. "It's their job to remind TUSD and other districts what to do," Tucker said.

The OCR findings and more documents regarding these cases can be found on The Range at daily.tucsonweekly.com. Mari Herreras is the parent of a special-education student in TUSD.