Some local restaurants receive Paycheck Protection loans, but others remain out of luck 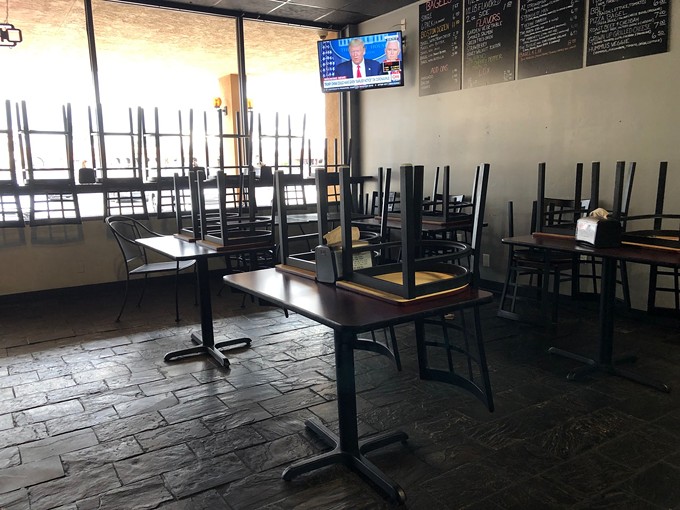 Local restaurants and bars are beginning to see the second round of Paycheck Protection Program loans arrive in their bank accounts as the Small Business Administration's new program continues this week.

Mat Cable, owner of Fresco Pizzeria and partner at Dante's Fire, said he received his SBA confirmation lightning-fast after reapplying with WaFd Bank after a friend told Cable the bank was still accepting applications from businesses who didn't have an account with them. Cable had filed his first application with his long-time bank, Wells Fargo. Within days both of his businesses' PPP funding was confirmed.

"I gave (WaFd) my information on a Thursday night. By 10 a.m. Friday morning they had me through underwriting," Cable said. "Then Dante's applied and we got underwriting by Saturday and both companies were ready to submit. By noon on Monday we found out we got SBA money at Fresco and Dante's got their confirmation on Tuesday."

Soon some of Cable's other restaurateur friends, like Rocco's Little Chicago owner Rocco Digrazia, also applied with WaFd and received confirmation within a day of submitting an application.

"Three and a half hours after submitting the application, (WaFd) said they had an SBA number for me," DiGrazia said. "It was for exactly the same amount I applied for at Chase."

As of May 1, nearly 44,000 Arizona small businesses were approved for PPP2 loans last week, totaling more than $3.7 billion, according to the SBA's Paycheck Protection Program Report: Second Round. Nationwide, more than two million PPP2 loans have been disbursed over the past week, totaling nearly $176 billion. The federal government approved $310 billion for this second round of PPP loan funding in late April.

But that doesn't mean everybody from the first round of PPP has received their loan, said Arizona SBA senior area manager Stephen Hart. Many companies Hart deals with are still waiting.

"The process is still going on for the previous round, so there are businesses who are getting these loans but many are still waiting. Most are still waiting, at least the ones I deal with," Hart said. "I can't speak for the banks, but I can tell you anecdotally folks are trying very hard to get through and it seems those lines are busy, too."

Hart said he recognizes the frustrations many small business owners locally—and nationally—are dealing with during the shutdown, especially as bars and restaurants remain shuttered and retail businesses attempt to reopen later this week. Many local businesses are still waiting to get approval from the first round of PPP loans that ran dry of $350 billion within the first week.

"The process is requiring patience. People seem to understand this is a program that's brand new, that nobody knew how to do it when it first came out," Arizona SBA Senior Area Manager Stephen Hart said. "The process has improved somewhat over time, but that doesn't necessarily make anyone feel better because they haven't gotten their loans."

Independent Distillery owner Donald Northrup said he feels like he's been proactive every step of the way while applying for the first round of PPP with Chase Bank. However, he is still waiting to find out if his business has been approved. The last status update he received from Chase happened on April 30—his application had finally been sent to the SBA.

"We're living in Groundhog Day," Northrup said. "Every day you get up thinking, 'OK, today is going to be the day where I'm going to get some new source of information that's going to tell me what to do or how to do it,'" said Northrup. "Now we're told it's gone through (Chase's) process and it's been sent to the SBA for funding. I don't know what that means. I don't know how long it will take to get that money, but I know we don't have it right now.

Even if he gets a PPP loan, Northrup is concerned about how he will be able to use it within the eight-week time period, given that his bar is still shut down. Without selling beverages to-go or for delivery, it doesn't qualify as an essential business. Under PPP guidelines, a business can be eligible for loan forgiveness as long as they spend 75 percent of the funds on payroll expenses. Retooling as a carryout or delivery service was never in Northrup's business model. He also is unsure if staff would want to come back to work with the public during the pandemic when they're making more on unemployment right now.

"How are we going to use it in the eight weeks? I can't even touch it until I get the OK to bring my staff back to work," Northrup said. "The other side is, why would my staff want to come back to work when they're making more on unemployment than they would be working? I can't blame anyone in our industry for not wanting to go back to work."

SBA's Hart said the eight-week clock "starts ticking upon receipt of the funds," but only 75 percent of the funds received need to go toward payroll. The other 25 percent could go toward a business' rent, utilities and interest on loans.

"The funds are designed to help a business maintain their status as best as possible," Hart said. "We're very sympathetic as we're neighbors, folks here in Southern Arizona are my neighbors and I would like to see things come through as fast as possible."