By Betsy Labiner and Leigh Moyer 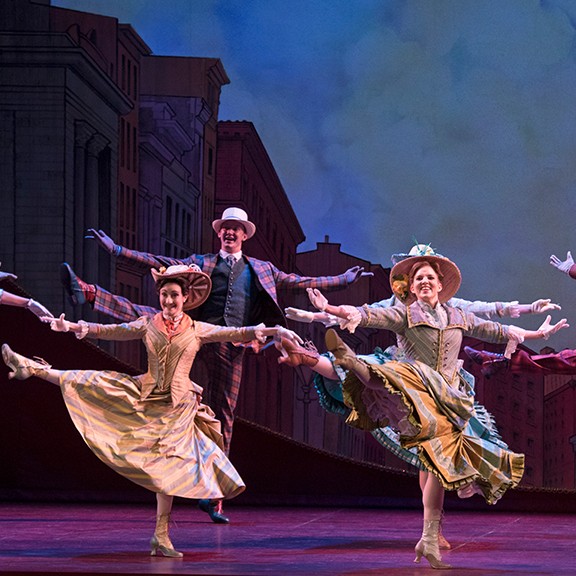 Broadway in Tucson brings three well-known musicals to Tucson this fall: Hello Dolly, Anastasia and Jesus Christ Superstar.
Theatre-going Tucsonans know that, luckily for us, theatre here never really rests. The number of offerings slows during the summer, but never stops. With the arrival of autumn, however, the new theatre season fully takes off. In just the first half of the 2019-2020 season, we'll be treated to 50 unique productions. From one-night specials to multi-week runs, the curtains are going up almost every night of the week! While this isn't an exhaustive list of every play coming our way, here are some notes on what we most eagerly await:

This season, Something Something Theatre is giving us five plays by women, four of which have never before been staged in Tucson. This is a sterling example of their ongoing mission: to stage modern plays from the canon alongside reimagined classics, with a goal of better-than-parity for women playwrights, season after season. This fall we'll see three, one from Lauren Gunderson (America's most-produced living playwright), one by local artist Martie van der Voort and one from award-winning playwright Jennifer Fawcett. From Gunderson, we'll see The Revolutionists, a comedy that follows four women telling the story of the French Revolution. From van der Voort, we'll see TransFormations, in which van der Voort performs all 12 transgender characters, their close relatives, and significant others at a group therapy session. There's also Fawcett's Apples In Winter, which follows a mother baking an apple pie in the face of extreme loss; it won the 2015 National New Play Network Smith Prize for Political Theatre and the 2017 Susan Glaspell Award.

There are new members of the theatre community this year, and we're excited to see what they bring to the stage. A new theatre, Southern Arizona Performing Arts Company (SAPAC) will be focused entirely on bringing high-quality, professional musicals to the Tucson stage. SAPAC's inaugural season consists of plays about origins, from the making of a show to the founding of the nation: Gutenberg! The Musical, [title of show], Hot Mikado and 1776. We're excited to see their commitment to musical theatre, and eagerly await their productions of these much-lauded shows.

Though not a new company, The Scoundrel & Scamp Theatre is adding a new feature alongside their regular season offerings. This month, they are launching the Late Night with Scoundrels cabaret series, a monthly event that will feature work by local artists and performers in a casual setting.

Finally, Arizona Theatre Company (ATC) has a new artistic director: Sean Daniels. Daniels was named "one of the top 15 up & coming artists in the U.S., whose work will be transforming America's stages for decades to come" and "One Of Seven People Reshaping And Revitalizing The American Musical" by American Theatre magazine. He has also won play and directorial awards in multiple cities across the United States, as well as in London. Among their season offerings, ATC is giving us Silent Sky, another Lauren Gunderson play. (Like we said: most-produced living playwright). Silent Sky is based on the true story of 19th-century astronomer Henrietta Leavitt, weaving together science, history, and family as it illustrates the struggles of a woman in a male-dominated field. We're also looking forward to their production of The Royale; set in 1910, deep in the midst of Jim Crow, the story—loosely based on the life of Jack Johnson, the world's first African-American heavy-weight boxing champion—explores struggles both personal and societal.

We love that ATC isn't shying away from socio-cultural conflicts, and hope audiences engage fully with these historical stories' resonance in our ongoing work to recognize and address our nation's deep-rooted issues. With last season's production of American Mariachi taking the place of most popular production in ATC history, we're thrilled that our community is embracing plays that focus on different peoples, ideas, and stories.

In fact, many theatres are putting new faces and experiences on stage this fall. The University of Arizona Repertory Theatre (ART) is bringing The Legend of Georgia McBride (which, in addition to being put on by ART this fall, will be onstage at ATC in the spring). This sure-to-be-dazzling show follows an Elvis impersonator who makes the switch from The King to drag queen. It's heartwarming and thoughtful, providing both sashaying fun and challenging introspection. 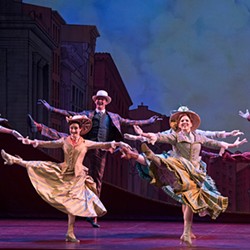 Winding Road Theatre opens with The Little Foxes, a morality play about the corruption and greed of the wealthy, a play as relevant now as it was when it was first performed on Broadway in 1939. We're also looking forward to Dan LeFranc's The Big Meal, which won the 2010 New York Times Outstanding Playwright Award and was nominated for the 2012 Lucille Lortel Award for Outstanding Play. The show follows five generations of an average family over many dinners at the same table.

In a similar vein, The Rogue Theatre's adaptation of Eugene O'Neill's Pulitzer Prize-winning Long Day's Journey Into Night, a semi-autobiographical dramatization of O'Neill's own family, examines choice, addiction, and life.

Invisible Theatre is producing local playwright Monica Bauer's Made for Each Other, a story of love, gay marriage and the terrible losses brought on by Alzheimer's. They are also bringing Down to Eartha!, the true story of music legend Eartha Kitt's activism and affirmation of free speech for women, specifically in light of her conflict with Lady Bird Johnson over the Vietnam War.

The Scoundrel & Scamp Theatre's dreamy, tragic Cloud Tectonics by José Rivera's in particular piques our interest, given the play's magical realism and its distortions of time, space, and language.

Playwright Marco Ramirez’s The Royale will be onstage at the Temple of Music and Art from Sept. 7 to Sept. 28.

Several theatres, most notably Live Theatre Workshop, are embracing theatre for everyone, much to the community's benefit. Among the family-friendly productions this season are Arizona Rose Theatre's The Musical World of Fairy Tales, which showcases song-and-dance numbers to some of our favorite music from Disney, Shrek, Wicked, The Wizard of Oz, and more; Live Theatre Workshop's Pinocchio: The Legend of the Wooden Boy, a musical adaptation of the classic tale, and Tilly the Trickster, the story of a mischievous girl from Saturday Night Live's Molly Shannon; Scoundrel & Scamp's adaption of the beloved classic The Little Prince; and Pima Community College Center for the Arts' The Sun Serpent, by José Cruz González (playwright of the aforementioned American Mariachi). We are delighted and inspired to see so many Tucson theatres that are committed to cultivating a love of the arts in every generation and are actively working to increase access to theatre to families of all socio-economic backgrounds.

Tucsonans also have opportunities to see performance art in nonstandard mediums. Strada Company hosts Off-Nite Theatre, where every performance is on a Monday evening at the Screening Room downtown. This fall they are producing #AfterTheBans, a series of scenes written by a nationwide group of female playwrights responding to the continuing onslaught of abortion bans passed in recent years, and staged in a coordinated movement across the country. FST! Female Storytellers offers woman from around the community a platform on which to share their stories. This fall they are holding space for true narratives on themes such as The F Word, Smashed, and True Colors. The content and character of each performance varies depending on what stories the community brings. Borderlands Theatre will present a concert version of Helena Maria Viramontes' novel Their Dogs Came With Them. And, while slightly later than autumn, Tucson Fringe returns the first week of January with over 45 performances on four different stages. 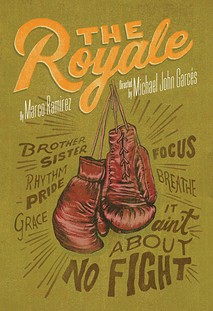 On the opposite end of the spectrum from these offbeat shows, Broadway in Tucson is presenting three well-known musicals this fall: Hello Dolly, Anastasia, and Jesus Christ Superstar. Unlike the typically longer runs of plays at local theatres, these touring productions are only in town for one weekend each, so make sure to keep that in mind if you plan to attend one of these blockbusters!

With its wide array of venues, an enormous variety of shows, and enthusiasm for new artists and works, the thriving Tucson theatre scene truly has something for everyone. For more detailed previews on individual theatres' full seasons, check out our series of interviews with artistic directors at TamingOfTheReview.com. As the season progresses, we'll continue to bring you reviews and recommendations. We can't wait for the curtain to rise this fall, and hope you'll join us at the theatre!