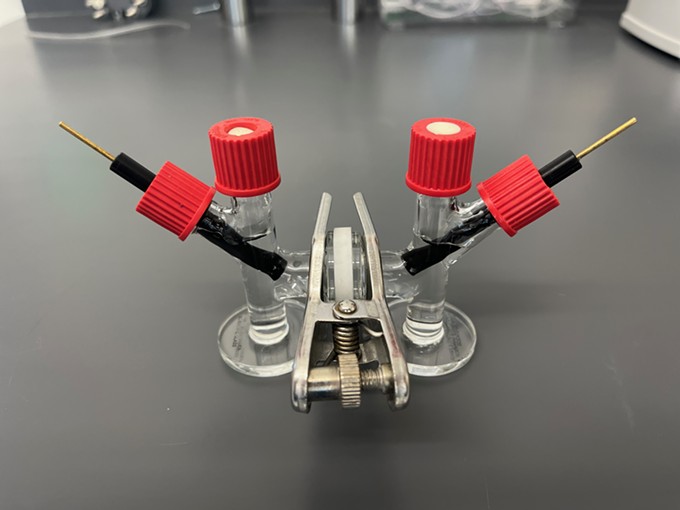 (ElectraTect/Submitted)
The ElectraTect tester will, at first, not be available to consumers.

ElectraTect Inc. is developing a cannabis testing aid that will work like a Breathalyzer.

Co-founder Dr. Evan Darzi said it should be commercially ready in two to three years.

Forty-one states have legalized marijuana for medical and/or recreational use. However, technology does not exist that determines if someone used THC within four hours, when they would be considered impaired.

According to a report published by Healthline, and medically approved by pharmacist Dr. Alyssa Peckham, THC can stay in the body for several days, weeks or even months when the person is no longer impaired.

The ElectraTect “is closest to replicating how an alcohol Breathalyzer works because its sensor types are based on the same fuel cell-based technology,” said Darzi and his ElectraTect co-founder Neil Garg in a statement.

“When we talk about fairness, it extends beyond just a police officer pulling you over,” Darzi added in an interview.

“It’s for applying to jobs, being denied the right to work because you have it in your system, or you have a job but you live in fear that you’re going to get randomly drug tested…It’s not representative of you being impaired at the time of testing. Fairness, it’s more pervasive in a lot of aspects of society than just the road.”

Darzi and Garg started the company because they said they believe that testing saliva, blood and urine for THC is expensive and unfair. Blood alcohol testers are inexpensive. A basic model costs as little as $9.99 at walmart.com.

Darzi has a Ph.D. in organic chemistry and Garg is UCLA’s chemistry and biochemistry department chair. They began the research at UCLA, but the company is based in Downtown Phoenix, where Darzi lives.

The Clinical Chemistry Journal, in 2019, reported that THC only stays on a person’s breath for up to four hours after use.

“(With) our company, in particular, we put a big emphasis on scientific rigor, obviously with our backgrounds in chemistry,” Darzi said.

“So we want to make sure we are doing very thorough clinical trials and validations and making sure we are really learning. There is a lot about this area that is unknown.”

Darzi said decades of research on alcohol consumption determined impairment levels and how it is measured on a person’s breath.

“We have almost no information like that for marijuana,” he said.

The company is fulfilling its goal of developing a THC test.

“One of our company’s goals is to really be involved in developing the Breathalyzer technology,” he said. “But in the course of doing that, helping pilot clinical trials and studies to understand these things we don’t really understand yet.”

He said ElectraTect is focused on extending cannabis science and helping answer those questions. Darzi said they also research different strains of cannabis and how they may affect a person’s impairment.

“We don’t do anything like strain engineering. That’s fascinating science,” Darzi said. “What we care about, though, is what are the different strains and how they present different cannabinoids. And what does that mean for impairment?”

Darci said there are differences between CBD and THC and their effects on the user. CBD and THC have essentially the same structure except CBD has one extra carbon oxygen bond, which does cross into the brain, intoxicating the user. That complicates the detection technology, he said. 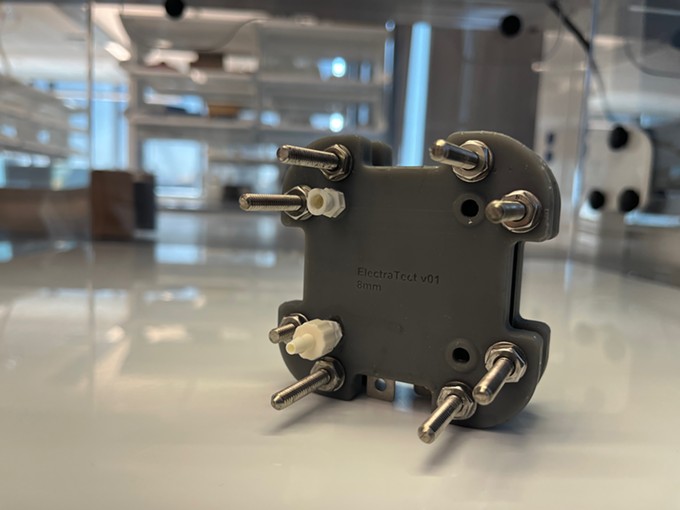 (ElectraTect/Submitted)
A cannabis testing device will resemble this ElectraTect prototype.

He further explained a person using CBD topically or orally to treat their pain could potentially lose their job because they would test positive for cannabis if their company did random drug testing.

ElectraTect envisions its device being used to ensure workplace safety, as ignition interlock devices (IID) by law enforcement. ElectraTect would even see the device available at dispensaries and sold to consumers who wish to be as responsible as possible before getting on the road, according to a statement. 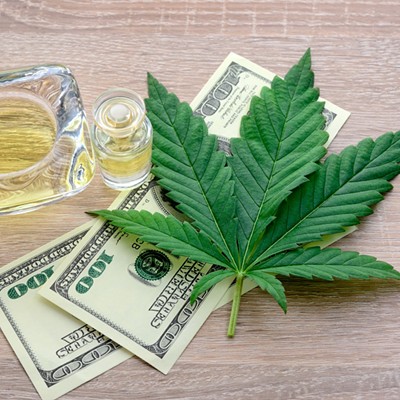