In an interview in The Stranger, Seattle's alternative newsweekly, writer Sherman Alexie talks about why he recently cancelled two Indiana speaking engagements. He's happy to visit Nortre Dame and the Kurt Vonnegut Library in the future, but only if the so-called religious freedom law is repealed. Déjà vu anyone? Remember when the Los Angeles City Council called for a boycott of Arizona after former Gov. Jan Brewer signed SB 1070 into law. It was, in retrospect, probably the shortest boycott against Arizona on record—unfortunately they are hard to sustain.

However, what I enjoyed about Alexie's interview was how he described this new law—designed to allow people to use religion as an excuse to refuse services to people some religions don't like. He's right. Religion in this country is already protected. When does this kind of hate justification stop, veiled by the continued argument that it protects people from being sued for refusing to photograph a gay wedding or do a cake or more. This is new Jim Crow territory we're entering, except now days it's bad for to be racist in public, but you know, it's OK to, uh, be homophobic. But in Gov. Mike Pence's world this kind of hate becomes justified because it balances what he sees as a world that's anti-Christian. However, religion in this country is protected—from the classroom to taxes. Our LGBT community has been working hard for the changes we've seen lately, and that only offers some protection. There's a long way to go, and the bottom line is hate is hate no matter how you package it.

In our "100 Essential Dishes," March 26, we printed the wrong location of the La Mesa Tortilla where you can eat their yummy breakfast burrito. That location is 3684 W. Orange Grove Road. 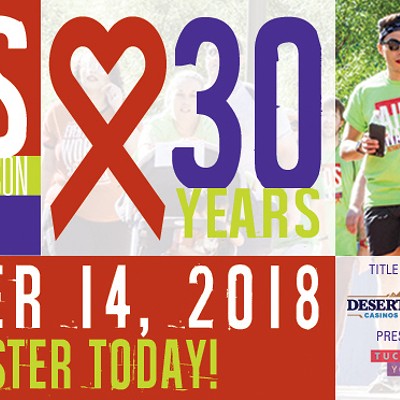