Once More, Without Feeling

Dan Gibson can be heard on Fook Music Mornings on 92.1 FM KFMA most Fridays around 8 a.m. and on the John C. Scott show Thursday afternoons on 1030 AM KVOI.

So, a friend of a friend might have said the smartest thing ever about life in the online world: "Never have feelings on the Internet."

Of course, that's easier said than done. In the case of what I've for some reason chosen to do professionally, the same thing that makes for compelling, interesting writing (relateable human emotion) is generally the same thing that will also lead to the hordes of terrible people online to say someting shitty about you in the comment section. It's a weird thing to be heckled for celebrating your wife's birthday, but hey, that's a thing that has happened. Recently, even.

Last week in this space, I wrote about my experience in El Tour de Tucson, not because I believe that anyone necessarily cares about what I do in my spare time, but because the experience reminded me of some of the things I love about Tucson. I think it took about a day for someone to send me an email telling me I'm an insensitive jerk for talking about myself and not about the man who died and how unsafe bicycling is. While that was a terrible thing that happened and I can only imagine the grief his friends and family experienced, I don't know that every El Tour experience needs to be filtered through that tragic event. Who knows, maybe I'm wrong.

However, there are times where we make decisions where the darkness of our own hearts causes us to forget that people online might have feelings left. On Monday, we ran a post mocking some of the weird people on the dating app Tinder that did not go over well (to say the least) and later in the day, I ended up taking it down. We really should be better than the sort of post mocking regular folks trying to score, even if they are embarking on their quest in the worst possible way. In the meantime, I look forward to what mockery this column inspires. Bring it on, cruel populace of the Internet! 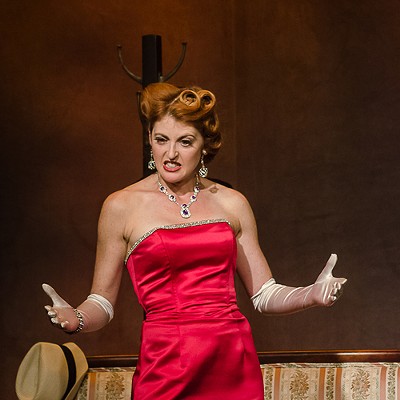 By B.S. Eliot and Weekly Staff and Contributors